4 July 2018 at 8:22 am
Ellie Nikakis
Ellie Nikakis from Vollie sits down with Colleen Ferrier to discuss the role of CSR in mining and combating the modern day slavery, in the first in a series of Purposeful Conversations with CSR professionals.

Print
Purposeful Conversations With Colleen Ferrier
4 July 2018 at 8:22 am

Ellie Nikakis from Vollie sits down with Colleen Ferrier to discuss the role of CSR in mining and combating the modern day slavery, in the first in a series of Purposeful Conversations with CSR professionals.

Following on from the UK’s Modern Slavery Act in 2015, Australia launched its own inquiry into establishing a similar national act in February of 2017. The inquiry is now complete and legislation was introduced last week.

Colleen Ferrier, from Australian mining company Sandfire Resources, has been managing these new changes as part of her role as the company’s sustainability and community engagement senior advisor.

“We’re anticipating that the Australian legislation will rectify some of the shortcomings in the UK Modern Slavery Act and go a little bit further to become the new global standard,” Ferrier explains.

“The inquiry had submissions from a host of different companies and NGOs, which found that there was overwhelming support for the abolition of modern-day slavery.

“From our perspective, the impact of these changes is that we’re now focusing attention on fully scrutinising our supply chains. We have already undertaken some due diligence on the key risks and we will continue to monitor what the proposed legislation will require of companies.

“In addition, we will be talking to our major suppliers and looking at how we can work with them.”

Ferrier welcomes the prospect of collaborating with suppliers to address a range of issues in combating modern slavery, noting that this an exciting time to be involved at the cutting edge of changes in CSR in Australia.

“We’re seeing it around the world in a variety of sectors. In much the same way that responsible cotton, chocolate and coffee have become the new benchmark for consumers, the same focus is now being applied to other industries,” she says.

“This shift towards ethically-sourced consumer goods changes the traditional notions of markets and how we price commodities – it could revolutionise a whole range of business fundamentals.”

Ferrier says that the global mining industry has made huge advancements in CSR over the past decade, with several examples where mining companies have become a leading force for driving change.

“More than any other industry in the world, I think the mining industry really does understand that if you don’t run your business ethically and maintain community support, then you simply won’t be able to operate successfully.”

“There’s genuine excitement within the industry about what we can achieve in the areas of social and environmental sustainability,” she says.

“At Sandfire, we have been heavily involved in pioneering the use of renewable energy.  At our DeGrussa Copper-Gold Mine in Western Australia, we have the largest integrated off-grid solar power and battery storage facility in Australia and reportedly, in the world, which has been established as a blueprint for the adoption of renewable energy technologies at remote mine sites.

“These sorts of opportunities – where companies can be at the forefront of positive change – are increasingly being sought after as companies recognise the need to maintain a social ‘licence to operate’.”

Ferrier says the mining industry relies on community support, and is well-versed in the value that comes from engaging meaningfully and positively with local communities.

“More than any other industry in the world, I think the mining industry really does understand that if you don’t run your business ethically and maintain community support, then you simply won’t be able to operate successfully,” she says.

So, in our new purpose-driven age, how is the mining industry changing and evolving to get to where it needs to be? Ferrier believes the industry has the resources and capability to contribute positively to society and the environment.

“I truly believe that the mining industry will be at the forefront of the transition to a more sustainable, more ethical business landscape. We’re seeing very positive outcomes from mining companies across the full range of CSR areas – social programs, environmental initiatives, health and safety – and with the momentum towards social responsibility rapidly gaining pace, companies that don’t meet their obligations will struggle to survive,” she says.

“The mining industry provides essential ingredients for modern life and I believe we can also be a leader in driving this essential social change.”

About the author: Ellie Nikakis is the PR and marketing coordinator for Vollie, an online marketplace that connects skilled people to not for profits, charities, and social enterprises for skills-based online volunteering.

This article is part of a monthly series of Purposeful Conversations by Vollie, in which we sit down with a range of CSR managers in the Australian business landscape about their interpretations of the CSR space in 2018. 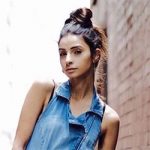 Ellie Nikakis is the PR and marketing coordinator for Vollie.