11 July 2018 at 1:03 pm
Avery Poole
The sexist remark thrown at Senator Sarah Hanson-Young underscores the urgent need for more women in Australian parliament, writes Dr Avery Poole, assistant director at the Melbourne School of Government at the University of Melbourne, in this article first published in Pursuit.

The sexist remark thrown at Senator Sarah Hanson-Young underscores the urgent need for more women in Australian parliament, writes Dr Avery Poole, assistant director at the Melbourne School of Government at the University of Melbourne, in this article first published in Pursuit.

The sexist slur Senator David Leyonhjelm unapologetically dished out to Senator Sarah Hanson-Young on the floor of the nation’s parliament would be unacceptable in the average Australian workplace.

Not only would it be unacceptable, Senator Leyonhjelm could expect to be facing serious disciplinary action from his employer.

But there was no “employer” in Parliament to reprimand Senator Leyonhjelm for his sexist abuse and defend Hanson-Young’s right to a safe workplace. Instead, it was fought out repeatedly in the glare of the media – the slur rehashed for public consumption as Senator Leyonhjelm refuses to apologise for what Hanson-Young has rightly called out as sexist bullying.

And amid the fallout it was clear that sexist abuse like this in Parliament is commonplace. As former Liberal Party staffer Paula Matthewson wrote “this white noise of abuse isn’t picked up by the chamber microphones, but it can be deafening to those who are actually in the room”.

Why would a talented woman subject herself?

Why then would a talented and skilled woman want to subject herself to such contemptible behaviour?

The big danger of episodes like this is that women will continue to be dissuaded from even trying to run for office. We urgently need more women in parliament if we are to be a more representative and diverse democracy, but the catch-22 is that to change the culture of politics and encourage women to run, we need more women to already be in politics.

Australia’s representation of women in Parliament was poor by international standards.

Only 31 per cent of Australian Federal parliamentarians were female and the Inter-Parliamentary Union ranks Australia down at 50th in the world for female representation; behind many Scandinavian, African and Latin American countries that boast over 40 per cent representation in their lower houses. The likes of New Zealand, France, Spain, Germany and the UK are all doing better than us.

Some of this outperformance reflected quota systems, whether voluntary and compulsory in some countries. But Cuba at 53 per cent women, Finland at 42 per cent, and Denmark at 37 per cent, don’t have quotas.

It was also the case that electoral systems that rely more on proportional representation are more likely to elect women. According to the IPU, proportional systems incentivise parties to broaden their appeal by including women candidates on their lists but it could be harder to break the dominance of men in single-member constituencies. For example, proportional representation in the senate has delivered a chamber that is 38 per cent women, but a lower house that’s just 27 per cent female.

The key challenge here was better supporting women to run in the first place. The evidence in Australia suggests that when women do run they do stand a good chance of success.

But as the experience of Hanson-Young highlights, women face a double standard when it comes to the increased scrutiny placed on politicians. As the experiences of political leaders like Julia Gillard, Hilary Clinton and former Canadian Prime Minister Kim Campbell demonstrate, women in politics tend to be judged more harshly simply because they are women. The marital status of female politicians, and whether they have children, are all subject to comment and debate in a way that men are rarely subjected to.

The IPU has also noted that as more women enter parliaments around the world, they are being met by increased harassment and aggression. This may include not just demeaning messages in the media and on social media, but also threats of murder, kidnapping and beatings. There are instances of women MPs having their microphones simply turned off to stop them from being heard.

Those who claim that women need to somehow “toughen up” completely miss the point that the going is simply tougher. The fact that women face a disproportionately heavier weight of deeply personal scrutiny compared to men is clearly a disincentive for women to make a go of politics.

This is why we need explicit initiatives to help prepare more talented women to go through with their aspirations to serve and make a difference.

In the US, the John F. Kennedy School of Government at Harvard runs a successful program that aims to help prepare women to take a tilt at office whether local, state or federal government. Inspired by the US program, the Melbourne School of Government at the University of Melbourne is into the third year of its own nonpartisan Pathways to Politics Program for Women.

The program, which is limited to 25 places each year (there were 140 applications in 2017), brings together women with serious aspirations to serve, with women who have been there and still are there; whether as politicians, political party operators or political journalists. Last year speakers included Peta Credlin, Penny Wong, and Bridget McKenzie.

The focus is on providing skills and experience in networking, speech-making, navigating political machineries and the media, ethics, polling and campaigning. It aims to foster tight bonds around mentoring and support, which are critical for sustained careers.

So, why does this matter?

If parliament is to be truly representative and if the burning issues affecting people’s everyday lives are to be properly heard then we need a diverse parliament, and that includes more women, just as it includes having people from different backgrounds whether that be ethnicity, regionality, social-economic status, sexuality or profession.

A more diverse parliament will change the behaviour inside parliament.

Women are easy targets as a minority, but that will change as more women enter parliament. The more diverse the parliament the more respectful it will become, and hopefully, a more respectful parliament will put the focus more on policy and the hard work politicians do, rather than personal attacks.

But it isn’t just about getting more women into parliament because they are women. By opening up the opportunity to more women we can cast the net a lot wider so that we attract the really talented and passionate people who should be representing us in elected office.

At times like this, when the sexism inside politics is exposed in the raw, there will always be worries that the committed and talented women we need will be put off.

But thankfully today, the behaviour of Senator Leyonhjelm will, if anything, be igniting a fire in the belly of women to push ahead anyway and change the conversation.

Pathways to Politics Program for Women is a partnership between the Women’s Leadership Institute Australia, the Trawalla Foundation and the Melbourne School of Government.

About the author: Dr Avery Poole is the assistant director of the Melbourne School of Government. Her research explores institutional change in regional organisations, particularly ASEAN; conceptualisations of democracy and governance in Australia and Southeast Asian states; and Australian engagement with Southeast Asia and the Indo-Pacific region. 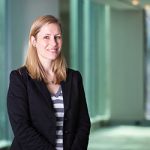 Dr Avery Poole is the assistant director of the Melbourne School of Government.