The Tragedy of Improving Educational Outcomes for Children with Disability

9 July 2018 at 5:26 pm
Julie Phillips
How many reports must be published for the Department of Education to deem students with disabilities worthy of the same care, consideration and human rights as other Victorian students, asks Julie Phillips, the manager of the Disability Discrimination Legal Service.

Print
The Tragedy of Improving Educational Outcomes for Children with Disability
9 July 2018 at 5:26 pm

How many reports must be published for the Department of Education to deem students with disabilities worthy of the same care, consideration and human rights as other Victorian students, asks Julie Phillips, the manager of the Disability Discrimination Legal Service.

The reality for these students includes inability to enroll, encouragement to leave, failure to support, low expectations, segregation, and restraint and seclusion.

For those of us who work in the field however, the report was more than depressing, it was tragic.

The tragedy started decades ago but, for those who may have developed a recent interest in the plight of students with disabilities, came to the fore in 2012 when the Victorian Equal Opportunity and Human Rights Commission produced its report Held Back – The Experiences of Students with Disabilities in Victorian Schools. For those who did not work in the sector, this was an eye-opening document that painstakingly traversed the numerous areas of mistreatment and neglect that students with disabilities were subjected to.

The reports have not stopped since that time. The Victorian Ombudsman, the Victorian Auditor General’s Office, the Victorian Parliamentary Family and Development Committee, the Department of Education and Training itself – all find significant fault in the manner in which this state treats students with disabilities, year after year.

In speaking at the launch of the Castan Centre report last Friday, the key interviewer, Dr Claire Spivakovsky, related how distressing it was to interview parents who were often in tears describing their experiences. For some in the audience it would have been the first time they had been made aware of the trauma experienced by families as a result of the discrimination against, and mistreatment of, their children.

However the Department of Education itself has been well aware of this trauma for years. A complaints system where the overriding priority at all times is to defend schools, and which is so contemptuous of parents that complaints to senior departmental bureaucrats may never receive a response, has driven regular Victorian parents in significant numbers to take legal action against the department.

Imagine having to lodge complaints at human rights commissions, and take the Department of Education to tribunals and courts, simply to receive speech pathology services. To receive professional behaviour support. To be taught how to functionally communicate. To obtain the services of an Auslan interpreter. To have the right not to be restrained and locked up. This is the reality for many parents throughout Victoria, and has been for quite some time.

This is the tragedy. The millions of dollars being spent by the Department of Education on litigation, which could be spent supporting students, teachers and schools. The pain and agony of families who have to fight every day for the rights of their children, just to be educated.

The tragedy is the fact that the Department of Education has no intention of addressing any of these issues, and never has.

This is because the “wide ranging inclusive education reform agenda” as reported to the Castan Centre by the department, will see more policies, procedures and guidelines that have no requirement whatsoever to be followed. Like the department’s recently launched Restraint and Seclusion: 15 Principles document, even if it was required to be followed (and it is not required to be read) the contents in the main contain options, not requirements. Therefore whether it is treated as mandatory procedure (which it is not), or only guidelines (which it is), is irrelevant.

Therefore unless the “reform agenda” is going to be mandated in schools, which it is not, why is it being talked about?

So let’s not hear any more about the “reform agenda”. Let’s hear about leadership and equal rights for Victorian students with disabilities. There have been enough reports, enough trauma, and enough wasted opportunities for young lives. It must end now.

About the author: Julie Phillips is the manager of the Disability Discrimination Legal Service, a board member of Disability Advocacy Victoria, and an independent disability advocate. She has been working in the disability sector for over 20 years. As a community worker for the Victorian Deaf Society, she began advocating for members of the deaf community and supporting their right to equal access to education in 2000. Since that time she has become well known for her advocacy on behalf of children with disabilities in their quest to gain an education through the invocation of their rights as set out in the Disability Discrimination Act. She was awarded an Excellence in Advocacy Award at the National Disability Awards in 2015. 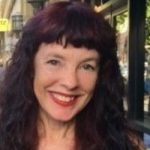 Julie Phillips is the manager of the Disability Discrimination Legal Service.