12 September 2018 at 11:11 am
Fiona Higgins
Social change requires new blood and fresh perspectives on what has previously been tried, and younger givers could deliver a much-needed “new broom” to a family’s philanthropy, writes Fiona Higgins from Australian Philanthropic Services.

Print
New Brooms: How Younger Givers Are Changing Family Philanthropy
12 September 2018 at 11:11 am

Social change requires new blood and fresh perspectives on what has previously been tried, and younger givers could deliver a much-needed “new broom” to a family’s philanthropy, writes Fiona Higgins from Australian Philanthropic Services.

If you’re a philanthropist with a child (or other family member) born post-1980, chances are your giving looks very different to that of the special millenial in your life. According to US-based not-for-profit Fidelity Charitable, the top three philanthropic trends influencing generational differences in philanthropy may be summarised thus:

There are a range of common “divergence points” that play out between younger philanthropists (late gen X, gen Y and millennials) and their parents (baby boomer to early gen X). It’s been our experience that, at both an attitudinal and praxis level in family philanthropy, key generational differences include:

Younger philanthropists have grown up in a vastly interconnected world, more so than any generation before them, which influences both their philanthropic strategies and priorities. They tend to be more collaborative, social, global, tech-savvy and impact-focused. I talk about this a bit more in point five.

2. A propensity for the political

The traditional dichotomy between philanthropy and political activism is collapsing, and younger givers are more prepared to embrace advocacy as a pivotal part of their broader understanding of impact – in which philanthropy, business, the not-for-profit sector, social media and government converges. Younger philanthropists are “more likely than Baby Boomers to believe almost all sectors have a role to play in solving society’s challenges”, thus their funding decisions are often linked to mechanisms for pushing policy levers that affect systemic change.

In addition to subscribing to a broader model of impact, younger givers tend to want to “walk the talk” personally. Their philanthropic pin-ups aren’t always giving away the largest sums, but they are commonly exercising their philanthropic values in multiple areas of influence (think Mark Zuckerberg and Mike Cannon-Brookes). As a result of a desire to truly “live” their giving philosophy, younger givers are more likely to consider non-cash ways of giving, such as Pledge 1 per cent, supporting B-corps, or impact investing, and to take greater risks in supporting social solutions they believe in, at scale. They also harbour a sense of urgency with possibly unnerving practical implications for their parents, such as a desire to spend-down funds within a family giving structure.

Younger givers tend to put the problem they are trying to solve at the centre of their philanthropic activities, so will rarely “go it alone” as their parents might. Accordingly, they are more likely to embrace giving circles, crowdfunding, community foundations or sub-funds, interest groups or initiatives in which individuals pool their funds to collectively bring about social change. They don’t do this because they can’t “afford” their own private foundation or lack confidence or relevant experience in their philanthropy, but because they truly believe that better social outcomes are achieved through collective action rather than individual aspiration.  It is unsurprising, then, that there are now more than 1,600 giving circles operating in the US, comprised of over 150,000 individual donors who have collaboratively gifted more than US$1.29 billion ($A1.8 billion).

Most younger philanthropists demand clear KPIs linked to an evidence-based theory of change before committing to funding, in an effort to measure the effects of their philanthropy. As development of monitoring and evaluation methodologies is much easier for some initiatives than others, this means that younger givers can sometimes forgo opportunities that are genuinely experimental – those that deliver intangible or hard-to-measure impacts, or those which attempt to shift paradigms rather than engage in project-based giving – in the name of effectiveness and efficiency.

Despite their interconnected mindset, or perhaps because of it, younger philanthropists often “go granular” with their giving in a way that their philanthropic elders won’t. An example of this is the increasing number of younger givers targeting funding at a specific geographic area – from a neighbourhood, to a city, to rural region – and layering their support across multiple dimensions of economic, environmental and community development activities in that selected region.

Mirroring Dan Pallotta’s famed “I Am Overhead” campaign, younger givers tend to be more open to the idea of supporting non-for-profit partners in whichever way they need it most, for as long as it takes, with a view to increasing non-profit capacity to work more efficiently. This approach often represents a marked departure from their parents view on funding restrictions, (e.g. no administration costs, no events, no political advocacy), and can generate strenuous conversations around kitchen and board tables.

In an era marked by theatrical antics by governments in Australia and overseas, a decline in public-interest journalism and the increasing homogenisation of media, younger philanthropists often express concern about civic health and the capacity of parliaments to tackle complex social issues. Younger givers appear more prepared to fund independent journalism, civic education, and national dialogue – and to make their presence felt through commentary in the public domain. For example, Mike Cannon-Brookes, philanthropist and co-founder of $25 billion software firm Atlassian, recently commented on Australia’s political landscape and said:

“For me, there are two problems with politics. One is, people start with a given position. They can’t apply logic… and go, ‘What’s the solution here? Let’s go with that.’ The second problem with politics is government’s inability to experiment. Government is unable to say, ‘Here’s an idea, let’s try it.’ They have to be, ‘Here’s a plan. It’s going to work.’ And then it has to work.’”

The above observations about younger givers may, for their parents, seem like a slightly alien or downright daunting departure from family philanthropic tradition – but that’s precisely the point. Social change requires new blood, fresh perspectives and (re)iterations of what has previously been tried. Younger givers often deliver a much-needed “new broom” to a family’s philanthropy.

Indeed, Michael Moody, Frey Foundation chair of family philanthropy at the US Johnson Centre, made the bold prediction regarding the philanthropic potential of the newer generation of givers globally when he said: “The current cohort of new donors – gen Xers and millennials with the capacity for major giving – are not just any emerging generation. All signs point to these donors becoming the most significant philanthropists in history.”

About the author: Fiona Higgins is senior manager, grantmaking and evaluation at Australian Philanthropic Services. 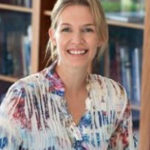