Shifting the Powerplay in Co-design

19 February 2019 at 8:23 am
Lauren Weinstein
Lauren Weinstein, a principal of design research and inclusive innovation at The Australian Centre for Social Innovation, considers design’s collective responsibility and the possibilities to shift the power balance.

Lauren Weinstein, a principal of design research and inclusive innovation at The Australian Centre for Social Innovation, considers design’s collective responsibility and the possibilities to shift the power balance.

Social innovation is inescapably intertwined with power. However, in practice, power is not always or often discussed.

Recently, others have noticed this power unconsciousness too and have been offering provocations about the role of power in co-design: who holds it, what dynamics are at play in co-production, and the lack of education about power in design curricula.

Acknowledging there is a lack of nuanced understanding of the role of power in co-design is an essential growth step for the sector. This acknowledgment also begs more questions: what does that awareness mean for our practice? How can we increase our understanding of the implications of power within co-design work? How might we design projects to take power into account and fundamentally shift power imbalances?

I’ve been curious about how we take these questions further, make the role of power explicit, hold ourselves accountable to the forces that are at play in creating better outcomes, and lift this power unconsciousness from the social innovation sector.

A while back, I was invited to facilitate a session at Peer Academy’s Co-design Symposium. Motivated by George Aye’s article on Understanding the Role of Power as well as questions from and conversation with other practitioners, I wanted to offer a provocation on how we begin to equip ourselves with power literacy and actively reflect on power in social innovation work. I developed a game for a one-off workshop purpose and received an unexpected response.

After playing the game, people said things like: “This is the first time I’ve ever thought about my own privilege and actually talked about it in the context of my work”, and, “You’ve just made the invisible visible for me”. Since that day, people have approached me asking to download, buy, use, and share the game  – hence this post.

In this post, I offer some methods and mindsets that can shift the power-play, transfer ownership, and create space for people to self-determine the solutions and policies that will affect their lives. For longstanding practitioners or enthusiastic emergent designers, this article shares inclusive tools to foster dialogue and purposeful action around a topic that’s too important to sidestep, but often is.

Power and co-design in social innovation

In its simplest expression, power is the ability to influence an outcome.

Social innovation is all about using multidisciplinary approaches to unlock better outcomes and reduce inequality.

In social innovation, we’re trying to create new solutions or systems to categorically change outcomes for people living below the poverty line, improve the wellbeing of older people as they age, change the outcomes for kids who didn’t get the best start to life, or strengthen the accountability of government to taxpayers and voters, the list goes on.

Social innovation aims to design ways to influence outcomes for the better, and power is a crucial element of that dynamic. For a discipline that is aiming to equalise the playing field and reduce inequity, a recognition of power in our work and ways of being is essential.

In social innovation or social design, co-design is a commonly used method intended to bring people affected by an issue into the process of understanding the problem and designing a better response. As co-designers, or as commissioners of co-design projects, briefs guide the project parameters to help populations in a position of less to move into a position of more. As a result, social innovators are afforded power in the way projects are commissioned, granted, and set up: they receive a significant amount of funding, perceived permission to do the work, decision-making authority, etc.

The communities that social innovators work with often do understand how situations could be improved but may not have the permission, funding, and authority to enact that change. These communities are often experiencing situations compounded by historical trauma, colonisation, systemic violence, institutional racism and social constructions of privilege, which further the power imbalance between project leads and beneficiaries.

And if that power imbalance is not acknowledged from the outset, power unconsciousness too easily puts co-designers/social innovators in a position to impose solutions on communities. Even if solutions are developed with the best of intentions, ultimately decision making (about the project shape, approach, outcomes, etc) sits in the professional designer’s hands.

The risk is that decisions are made, with good intent, but based on assumptions or the level of information that people are willing to contribute given the power dynamic. If power and the implications of power imbalance are overlooked, social innovators can become extensions of what sociologist C.W. Mills calls the power elite –  the few businesses, organisations and governments who can influence decisions (usually for their own interest, the interest here is “better outcomes”). The risk is that “better” is determined for people, not by –  edging on neocolonialism.

Before entering the design arena, my background was in sociology and community development. Those disciplines (and others) have a literacy around power and privilege and their role in influencing life chances for individuals and communities. As co-design and social innovation venture into more and more complex social issues and systems change, drawing from social science disciplines that have theoretical models around power will become increasingly important.

I’m actively trying to be more aware of the implicit and subtle effects of power, especially how systems and social constructions perpetuate power imbalances. I experience certain privileges because of the power myths that surround the body I’m in, the colour of my skin, social capital I’ve acquired, and my professional position. I know that these power imbalances are not subtle at all, they are likely experienced deeply, physically and overtly by people on the other side of that power.

My colleagues and I at the Australian Centre for Social Innovation (TACSI), are consciously making efforts to restore the power balance through genuine co-design work so that people who might be benefiting from or using services, policies, systems are the ones who are actively shaping and owning them.

We’re inviting the expectation that people with lived experience of a particular issue have much more to offer than their story through consultation –  we increasingly see our role as facilitating the space and conditions for end users to be making the decisions that will affect them and their peers. Our role is to ensure that through our practice, as Paulo Freire wrote, the “culture of domination is continually confronted”.

I created Powerplay as a tiny effort to spark a reflection on and demonstrate the laws of power. (Please know, this game is not intended to trivialise the topic of power, but rather to make the acknowledgement of privilege and power more accessible to people whose professions have significant potential or responsibility to restore power balances).

Powerplay consists of 10 power assets (cards) that are prominent in Western societies. Some of these assets can be created or earned; others are inherited, most are social constructs. The reality is that we all have a power inventory made up of such assets (i.e. being part of a majority group, financial stability, inherited privilege, effective communication, ability, and wellbeing). Some people have a big inventory, others have a small inventory.

The size and variety of your power inventory impacts on how many decisions you can make about your life.

Different power assets can be applied to life situations in the game, making the laws of power more visible. Two other tools complement the game: equalizer cards and a transformation canvas, which are intended to help practitioners:

As the game is played, three key laws of power are exposed and experienced:

There are practical steps we can take to restore the power balance (to a degree) when designing, commissioning, or delivering a social innovation project.

I’ve curated nine equalising examples and have found that these equalisers are surprisingly possible in social innovation work when using a co-design methodology. I’ve been fortunate to partner with diverse communities where we together embraced these approaches. For example, TACSI has been:

If we’re committed to social innovation, we must also be committed to self-determination, decolonisation and dismantling the mechanisms that systematically breed racism and unearned power.

With that in mind, we’re seeking to do a few key things across project work at TACSI:

Co-design that seeks to establish safe power balances has the potential to change the systems that perpetuate silence, inequality, and disadvantage.

Peggy McIntosh profoundly noted in 1989, that “disapproving of the systems (that confer racial dominance) will not be enough”. McIntosh reminds us “to redesign social systems we need to first acknowledge their colossal unseen dimensions”. I would add –  then work to dismantle the systematic and pervasive “myth that democratic choice is equally available to all.”

I’m calling together thinkers, leaders, and doers to further this conversation and commit to a future of inclusive practice –  use these, share these, evolve the dialogue and influence the next generation of co-design practice.

You can download the free materials mentioned in this article below. The game is a prototype which you are welcome to experiment with. I am interested hear what you think and how you’ve used it.

About the author: Lauren Weinstein is a principal of design research and inclusive innovation at The Australian Centre for Social Innovation. 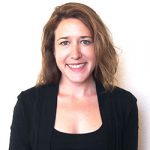 Lauren Weinstein is a principal of design research and inclusive innovation at The Australian Centre for Social Innovation.

Getting new ideas up – The three pillars