A not-for-profit guide to the 2019 federal election

29 April 2019 at 5:08 pm
David Jack
Social Impact Institute CEO David Jack offers advice on how not for profits can gear up to take advantage in the weeks before votes are cast.

Social Impact Institute CEO David Jack offers advice on how not for profits can gear up to take advantage in the weeks before votes are cast.

In light of our federal election fast approaching, his quip about governance proving far more challenging than initiative carries particular weight for those of us seeking to improve social outcomes.

Key election issues for 2019 are varied and vast, and now is the time politicians of all stripes are reaching out to their electorates for input and guidance.

So how can not-for-profit organisations be part of the conversation during this critical pre-election time?

There are some key ways you can gear up to take advantage in the weeks before votes are cast.

Special election time rules restrain Australian charities from communicating or campaigning with political bias. (Take a look at the rules and regulations for charities here).

While you can’t overtly support or detract from a particular political party, you can advocate for policy change or push for funding to further your charitable objectives.

As a not for profit you may already be advocating for policy change in your sector. If that’s the case, consider increasing engagement with your current local Member of Parliament, your community and media organisations via a public relations campaign – giving interviews to local or sector press, sending letters to your MP and cross-publishing them in the press, as well as calling on other local organisations in your sector to take part.

While you can’t openly criticise or praise candidates or their election promises, you can shine a light on parliamentary voting records in a factual manner and rally the public on reforms you want to see during a new term of government.

If you’ve not traditionally been an advocacy organisation, this is the perfect time to collaborate or form a partnership. For example Everybody’s Home, a national collective of more than 100 community, housing and homelessness organisations, peak bodies and local councils, is lobbying Treasurer Josh Frydenberg directly on housing issues.

There is power in numbers at election time.

There is a small window of opportunity between now and election day for organisations to put a funding plan together and take it to your local candidates. Anyone campaigning for your electoral seat is looking for good ideas and appealing policies.

The smart move here is to take a pre-approved project or plan and apply for funding or support to fast track it.

For example, an environmental organisation may have a project already approved under a local council masterplan. The organisation can take that plan, along with its stakeholder approval, to frontrunner candidates for funding consideration.

NFPs planning on taking this path should make sure their proposal has a compelling narrative that’s easily understood by the general public (i.e voters). Your own track record of community service, stakeholder engagement and project outcomes are certainly appealing at this stage in the election cycle.

These elements combined make it an easy “yes” for politicians looking to influence or invest funding in locally supported projects.

Plan for the future

No matter the outcome of the election, your organisation should stand ready to take any opportunities that come your way.

In this client-focused era of social change, that means looking particularly at your current and future client relationships. Are there places your existing relationships could be stronger? Are you using the right channels to look for new clients?

For example, with healthcare broadly and NDIS funding specifically shaping up to be an election issue, how are you positioned to take advantage of an increase in funding, or alternatively, to cope with an extended rollout?

Consider these three strategies as we sprint into the 2019 federal election.

About the author: David Jack is CEO and principal advisor of the Social Impact Institute. He brings more than 20 years of C-level executive experience to his current role. He has served as CEO at Cystic Fibrosis Australia and the Muscular Dystrophy Foundation, where he led both organisations through periods of significant growth and change. Prior to that he was CEO at ADRA, a faith-based international development agency. David was appointed a member, for two terms (2013-2018) of the Consumer and Community Advisory Committee to the National Health and Medical Research Council (NHMRC), is a member of FIA and the AICD. 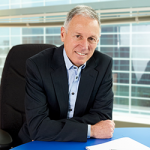