4 June 2019 at 8:18 am
Joe Zabar
However you look at it, $158 billion in forgone revenue from the government’s ambitious tax cut program will impact the government’s capacity to meet the needs of Australians, writes Joe Zabar, director of economic policy and deputy CEO of Catholic Social Services Australia.

However you look at it, $158 billion in forgone revenue from the government’s ambitious tax cut program will impact the government’s capacity to meet the needs of Australians, writes Joe Zabar, director of economic policy and deputy CEO of Catholic Social Services Australia.

While Anthony Albanese and his Labor team contemplate another three years in opposition, Prime Minister Scott Morrison is already working the cross-benches to garner support for his ambitious personal income tax cuts program.

Mr Morrison’s tax cuts narrative is clear: the tax system needs to be fairer and provide better reward for effort.

The government’s plan is in three stages. There will be immediate tax relief for low-to medium-income households. Stage two, scheduled to commence in July 2022, will increase the top threshold of the 19 per cent tax bracket from $41,000 to $45,000 while also increasing the low income tax offset from $645 to $700.

The most significant reform will occur in stage three. From July 2024, Australians earning between $45,000 and $200,000 will be on the marginal tax rate of 30 per cent, effectively placing 94 per cent of taxpayers on the same tax rate.

The total cost of this tax agenda is estimated at $158 billion over 10 years, with the largest cost coming in stage three, which will affect the budget bottom line by $95 billion over just five years.

In his victory speech, Mr Morrison was unequivocal, saying the election win was vindication of the Coalition’s platform of rewarding those who work hard and aspire to get a good job, look after their family and make an effort to save for their retirement.

Income tax cuts certainly have the capacity to stimulate the economy through additional economic activity. But however you look at it, $158 billion in forgone revenue will have some effect on the capacity of the government to meet the needs of Australians, especially if the government’s underlying assumptions on the economy and spending are slightly out.

Deep in the 2019 budget papers are two tables that provide some interesting data on government spending over the forward estimates. Health expenditure, for example, is set to increase from $81.7 billion in 2019-20 to $89.5 billion in 2022-23, or about 9.5 per cent. However, after inflation, the real growth in the health budget is about 1.8 per cent.

By way of comparison, the average year-on-year percentage increase in private health insurance premiums since 2013 is just over 5 per cent.

More alarming, though, when health expenditure is adjusted for the forecast increase in population, the amount spent on health per person will go backwards. This is similar for the social services budget, despite it having a marked increase in expenditure for the NDIS and aged care services.

The budget is expected to be in surplus to the tune of $9.2 billion in 2022-23. That outcome is predicated on the government achieving its GDP and employment growth targets, as well as limiting growth in the cost of services. Should there be a decline in the domestic or international economic environment, the government’s projected – and deeply desired – surplus will come under great pressure just as the next stage of tax cuts are to commence.

Many commentators have declared the 2019 election as a rejection of Labor’s redistribution agenda with the majority of voters having opted for tangible income tax relief. The question which remains unanswered is whether the income tax relief will come at the expense of services these voters now enjoy or may need into the future.

The Morrison government has set a course of citizen self-sufficiency, signalling that governments should provide only those services they deem necessary. The challenge for the Coalition will be to retain its fiscal discipline while ensuring that Australians get the services they need and deserve.

For those who are healthy, wealthy and well educated, life will continue as is – albeit with a few extra dollars in their pockets. For those on the margins, those who are required to survive on an inadequate minimum wage or the abysmal level of Newstart, life will not be getting easier any time soon.

Indeed, if the budget projections turn out to be only slightly less optimistic than published, or should there be an increase in the demand for health and social services, the budget bottom line will be very different.

The government will be left with three possible paths: Abandon the all-important quest for a budget surplus; spend less on key services like health, education and social services; or break the promise of tax cuts.

The government has identified tax cuts and budget surpluses as a key to its platform in its quest to be good managers of the Australian economy. If this results in further cuts to services or increased costs to Australians who need to access these services, will the government have the courage of its convictions, simply telling the Australian public “Well, that is what you voted for”? I have my doubts. 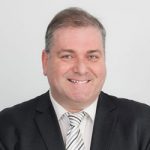