Getting philanthropy to ‘yoga status’

3 July 2019 at 4:54 pm
Louise Kuramoto
Louise Kuramoto shares five lessons the Australian Communities Foundation learned from a recent trip to the US.

Louise Kuramoto shares five lessons the Australian Communities Foundation learned from a recent trip to the US.

It’s often said that philanthropic practice in the US is years ahead of Australia. It’s been a point of contention for many of us who work in the social sector, but one thing we can learn from our North American counterparts is their commitment to making giving mainstream.

Recently, a few members of the Australian Communities Foundation (ACF) team travelled to Canada for the Community Foundations of Canada Conference.

We had been invited to give a presentation about the Australian Communities Foundation’s philanthropic leadership, and our Impact Fund, an innovative discretionary granting program that leverages funding from our giving community and the wider philanthropic sector to support advocacy, policy and systems change.

We also took the opportunity to travel to the US to meet with social change advocates, different types of foundations and giving networks to get a better understanding of where the sector is heading and what the future of philanthropy might look like.

Here’s what we learnt:

1. Philanthropy, and community foundations in particular, need to lead with and be unwavering in their values.

In a time where more and more individuals in our community are deeply concerned by the growing wealth divide, inaction on climate change and the appointment of conservative governments, people are increasingly looking for civic and political homes where they can express their values in a meaningful and impactful way.

Community foundations and giving networks not only provide such spaces for individuals, but also have the ability to build movements of like-minded givers that are more than the sum of their individual efforts. They also ultimately provide a more democratic alternative to the idiosyncratic philanthropy of high-profile individuals so noticeable in the US.

2. Diversity, shifting power and recognising privilege are topics that are here to stay.

Philanthropy can no longer rest on the change through charity model. Increasingly philanthropy is being called out on:

3. Philanthropy can do more as a facilitator or convener of difficult conversations.

Building on the understanding that social change is facilitated when you get people in a room who don’t agree with each other, philanthropy is an obvious neutral player with enough influence to bring together many voices within an ecosystem to work towards a way forward or a better solution.

4. Philanthropy’s impact strategy should not begin and end with its grant making.

When philanthropy talks about mobilising its resources, the conversation has moved on from what the grant-making budget is, to how the corpus has been invested. That means investing not only with a negative screen, but actively investing in solutions in the areas in which they seek to have an impact.

5. We should be aiming to get philanthropy to “yoga status”.

Building the awareness of giving and the many and varied ways people can be actively involved in giving, is something in great need of investment.

We heard from one of the organisations we met with that we should be aiming for a future where foundations and giving networks are as popular and commonplace as yoga studios.

In the same way that people who’ve never practiced yoga might walk past a yoga studio and know they should be doing it, know it’s good for them and that they’ll probably enjoy it, it’s about embedding giving in our culture so deeply that those who haven’t given yet feel that way when they encounter a community foundation. 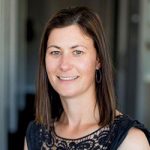 Louise Kuramoto is head of philanthropy and impact at Australian Communities Foundation.

The number of people giving to charity hits 40 year low

The ‘martyrdom effect’: Why your pain boosts a charity’s gain

A shake up at the top