The reality of the regional NDIS

15 July 2019 at 8:00 pm
Fran Connelley
Fran Connelley shares stories from a recent trip to central Queensland that highlight some of the NDIS-related challenges people with disabilities and service providers are facing in regional and rural Australia.

Fran Connelley shares stories from a recent trip to central Queensland that highlight some of the NDIS-related challenges people with disabilities and service providers are facing in regional and rural Australia.

Moranbah is a mining town in central Queensland, two hours inland from Mackay. On any given day the population swells from approximately 9,000 to over 14,000 thanks to the large contingent of fly in fly out (FIFO) mine workers.

I flew to Moranbah to run a culture masterclass at the invitation of Hinterland Community Care (HCC), who had invited five other organisations to also attend this one day workshop that helps disability and aged care providers energise and support their employees.

With 53,000 square kilometres to cover, HCC has only three full-time staff, two part-time staff and 13 casual support workers. They provide a mix of disability and aged care support services to families in the Isaac Council Region.

For every good news story about the NDIS out here, there are at least six horror stories. Thanks to a complex mix of distance, disability inexperience and bureaucratic incompetence, vulnerable people are tolerating the intolerable.

I know that similar stories were presented to the Productivity Commission and the Parliamentary Joint Standing Committee in their respective enquiries; but these stories are continuing to happen all around the country.

Here are just a few that I heard during my visit to central Queensland two weeks ago:

Perhaps the most memorable of all, was the woollen leg story. Below is the short version of a story that covers seven months of phone calls, emails and unpaid hours of follow up by HCC and, worst of all, extreme discomfort for the NDIS participant. For me, this is one of those stories that breaks new records for bureaucratic incompetence and insensitivity.

This story is about a truck driver, a single amputee, who works in the local mines. As a new NDIS participant he was hoping to be able to get a new leg to replace his very well-worn prostheses.

The NDIS planner agreed to fund his replacement leg from a registered NDIS provider. Unfortunately these were woollen legs, rather than the more flexible, made to measure legs he currently had that could be adjusted as his weight changed.

A woollen leg was never going to be suited to the 45 degree heat he often experienced working in the mines. This created extreme discomfort for the miner, who decided to just go back to wearing his old prostheses that he repaired himself with duct tape and various parts purchased from eBay.

In November 2018, he approached HCC and asked if they would assume the role of his plan manager which would then allow him to use his NDIS funding to purchase new legs from his previous provider, a non-NDIS registered supplier. Quotes were uploaded to the NDIS portal by HCC in the same month.

HCC followed up with the NDIA’s 1800 phone number in January, February and March only to be told each time that the quote was still “in the assessment queue”. In April 2019, HCC rang the NDIA to be told “we will escalate it and you will receive a call back within 48 hours”.

There was no call back. HCC rang the NDIA’s 1800 number two days later to be told that their quote had been classified as “Code Red” to speed up the process.

HCC rang again, two days later only to be told that the NDIA now needed to speak to the non-registered provider to assess the situation. HCC contacted the provider who promptly rang the NDIA. He was told that the NDIA would have to speak with the plan manager (who was HCC).

HCC were finally advised by the NDIA that “the improvements to the new leg had been approved”. It took some time for the NDIA to understand that there was still no leg.

In June 2019, seven months later, the NDIA gave approval for production of the new leg quoted in November 2018.

Sure this is a long story. But how much longer would it feel if your organisation only had three full time staff and this was only one client and you have no funding to cover the cost of the time it has taken you to resolve this client’s dilemma?

There are some truths that we need to acknowledge about the NDIS:

As a marketer, it is my belief that we urgently need smarter planning and smarter processes that listen to the voice and the lived experience of the actual NDIS customer.

The word “participant” does not begin to take into account the level of local co-design required to make this scheme work in each different market segment. We need to change the metrics that measure success; the NDIS cannot be a “participant numbers” game.

About the author: Fran Connelley is an author, a marketer and strategic communications expert. Her book, How to Thrive under the NDIS, is now in its seventh reprint. Her next book, Workplace Culture and the NDIS will be released in late 2019. For more information visit: www.fcmarketing.com.au 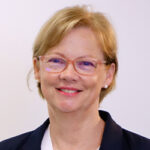