30 September 2019 at 8:51 am
James Toomey
The best way to address a social issue is to eradicate the smoke and mirrors by starting with a clarifying question of “what evidence-based problem are we trying to solve?” writes James Toomey, the CEO of Mission Australia.

The best way to address a social issue is to eradicate the smoke and mirrors by starting with a clarifying question of “what evidence-based problem are we trying to solve?” writes James Toomey, the CEO of Mission Australia.

Throughout my 25 years of work in the social and community services sector, I have seen many instances where public policy and legislation have been driven by unfounded and superficial stereotypes.

Sometimes the results have been risible, such as proposals in the UK some years ago to ban hoodies. It was a ludicrous idea that outlawing an item of clothing would somehow address anti-social behaviour. The proposal gained some traction, but was eventually and ever so quietly shelved.

It’s true that this type of clothing was sometimes worn by people who sought to obscure their identity when carrying out crime and anti-social acts. But the majority of people who wear hoodies are not criminals and aren’t a threat to public safety. It seems it was easier to suggest banning hoodies as a solution to anti-social behaviour than it was to address the actual underpinnings of the problem; disaffection, social exclusion, poverty and tribalism.

Turning our gaze to the here and now in Australia, we find ourselves once again looking on as our elected members decide if drug testing welfare recipients will become law.

I truly believe that the best way to address a social issue is to eradicate the smoke and mirrors by starting with a clarifying question of “what evidence-based problem are we trying to solve?” rather than “what anecdotal issue are we trying to respond to?”.

So I ask myself in the case of the proposed drug testing trial: “what evidence-based problem are we hoping to fix?”. Is the government suggesting that the 700,000 or so Newstart recipients are so drug affected that they are unable to find suitable jobs? This clearly isn’t the case, as most people who are unemployed are not drug dependent, they are simply struggling to find work in a tough market and to survive on an inadequate benefit.

The issue is also not that people receiving Newstart need to be punished into treatment. Experts agree that there is absolutely no evidence to suggest that drug testing of income support recipients will assist people into treatment.

It is a well-worn idiom that a volunteer is worth 10 pressed men. So it is with drug treatment. Being able to promptly engage people with withdrawal and rehabilitation when there is readiness to change is greatly and evidently more effective than forcing or coercing people into treatment. Support, not punishment, is key to helping people who face drug or alcohol addiction.

The real issue and tangible solutions must not be hidden by the metaphorical hoodie of a drug test trial based on misguided stereotypes about people who receive income support. The real face of Newstart are older workers who have lost their jobs and single parents struggling to raise their children, many of whom have never touched drugs let alone struggled with addiction.

The government’s targeting of these people is not only disrespectful and stigmatising, but it also displays a fundamental misunderstanding of the nature of substance misuse in this country.

Drug and alcohol dependence is a health issue faced by many Australians, across many incomes and life circumstances, and it should be treated as such. The actual issue that the government must address, is that there is a severe shortage of suitable drug withdrawal and rehabilitation services. Far too many people facing addiction – whether they receive social security support or not – have no place to turn when they seek help.

The solution? Provision of accessible, timely and appropriate support for rehabilitation for all people across Australia who need it.

Mission Australia has long advocated for the need for more youth-specific alcohol and other drug residential rehabilitation and withdrawal services across Australia. Our experience shows that when given the opportunity to seek treatment people will embrace these supports as they continue on their journey to independence.

The government has thrown a red herring by putting forward the drug testing proposal alongside relatively meagre funds for drug treatment for the minority who test positive. A far more effective and evidence-based approach would be a commitment to boosting the number of services including detoxification and rehabilitation, for everyone who needs it, right across Australia. 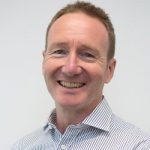 James Toomey is the CEO of Mission Australia.