Conflict avoidance: How effectively is your charity managing conflicts of interest?

8 October 2019 at 8:30 am
Oliver May
Oliver May asks whether your charity should be concerned about conflicts of interest, and what it can do about them.

Print
Conflict avoidance: How effectively is your charity managing conflicts of interest?
8 October 2019 at 8:30 am

Oliver May asks whether your charity should be concerned about conflicts of interest, and what it can do about them.

Of all aspects of integrity in the Australian charity sector, “conflicts of interest” might be the most common, but least understood.

For the Australian Charities and Not-for-profits Commission (ACNC), a conflict of interest occurs when a person’s personal interests conflict with their responsibility to act in the best interest of the charity. This can arise in any business relationship but perhaps the highest risk areas are procurement, partnerships and recruitment.

Unmanaged conflicts can corrode reputation, morale and ultimately the mission of the charity. Undeclared conflicts can even be a form of corruption, and in some circumstances, part of fraudulent behaviour.

And yet, particularly in small industries, pre-existing relationships are very common. It is not necessarily a problem to engage a person or company one has worked with before – the key is doing so transparently, so that risks can be managed and trust preserved. The ACNC has published useful guidance on managing conflicts of interest, but there are some key points that Australian charities should bear in mind.

While it is important to require staff members to declare perceivable, potential or actual conflicts, charities cannot rely on this. Explore other lawful methods to identify conflicts, such as due diligence procedures in contracting, vetting during recruitment, or data analytics. These might be as simple as carrying out checks of ASIC’s registers, or comparing payroll and vendor information, where permissible. And charities can not only require staff to disclose conflicts, but third parties like contractors, consultants and partners.

Have multiple “checkpoints” for disclosure and attestation.

Charities often require a declaration of interests, or attestation that none exists, when staff join a charity. But things change. People move into new jobs with different stakeholders, or take on projects with new suppliers and partners. Consider introducing rules requiring attestation when there is substantial change in a person’s work or fresh risk – such as when they join a tender committee, move to a new department, or are promoted.

Make sure your conflicts procedure includes what happens after a disclosure.

It’s surprising how many organisational policies on conflicts stop at disclosure – but it’s what happens next that’s just as important. It is not necessarily a problem to have a perceivable, potential or actual conflict – but it must be managed so that not only are decisions transparent and accountable, but are seen to be. Make sure the procedure includes a risk assessment, and additional measures to ensure that the relationship and decisions associated with it are monitored, even if it is not ended.

Think about the impact of language.

There are a lot of misconceptions about conflicts, and this can affect peoples’ readiness to discuss or declare them. For example, while you may be of the view that a particular relationship would be a conflict, the individual concerned might not, so your charity should be cautious about how much scope for interpretation is afforded to people.

Be very clear in your policy about what you want to be disclosed. It can be helpful to talk about “perceivable” conflicts, and invite your staff and third parties to apply the test that if an objective other person could look at the relationship and form a view that a conflict is possible, then it should be disclosed.

Managing the risk of conflicted interest is an important part of delivering charitable missions and maintaining public trust. As with all integrity risk, it is not something to shy away from, but to think about carefully, and act upon diligently.

About the author: Oliver May was previously the head of counter-fraud for Oxfam GB. He is now a director in Deloitte’s forensic practice, where he helps not-for-profit, corporate and government clients to manage integrity risks like fraud and corruption. He blogs at Second Marshmallow and his book, Fighting Fraud and Corruption in the Humanitarian and Global Development Sector (Routledge, 2016), is out now. A follow-up book for international NGOs on managing terrorist financing risk is out next year. 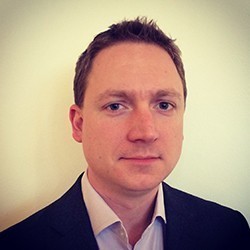