Alternatives to strategic philanthropy are emerging

20 February 2020 at 8:22 am
Teri Behrens
Trust-based philanthropy and participatory grantmaking are becoming increasingly well-defined paradigms for shifting the power dynamics in relationships between funders and not-for-profit grantees – dynamics that may have been exacerbated by the strategic philanthropy approach in the first place, write Teri Behrens and Tory Martin.

Print
Alternatives to strategic philanthropy are emerging
20 February 2020 at 8:22 am

Trust-based philanthropy and participatory grantmaking are becoming increasingly well-defined paradigms for shifting the power dynamics in relationships between funders and not-for-profit grantees – dynamics that may have been exacerbated by the strategic philanthropy approach in the first place, write Teri Behrens and Tory Martin.

The idea that foundations should be strategic in how they deploy their resources has taken root in the field. Articulated goals, prescribed outcomes, and theories of change are now common among foundations and corporate donors. Many wealth advisors and philanthropy consulting firms exist to provide advice on developing giving strategies.

However, along with the growth in strategic philanthropy, there have been increasing critiques of this approach. Some argue that strategic philanthropy is resulting in too much power in the hands of funders. Bill Schambra was among the early vocal critics, when he urged a crowd of William and Flora Hewlett Foundation staff to weigh “local knowledge and traditional wisdom” heavily in determining where and how to disperse funding.

More recent criticisms arise from the increasing focus on equity in the sector. Edgar Villanueva, for example, is now well known for making wealth-as-colonising-force a major topic of discussion in the field. As more organisations work to “center equity” in their practices, more advocates are honing in on participation and shared decision-making as levers for progress.

Rhodri Davies, head of policy at Charities Aid Foundation, argues that, “A crucial part of making philanthropy capable of addressing inequality is to ensure that it is not seen as merely a tool for the powerful to entrench their advantage. It is thus vital to find ways to give away not only money, but also power”.

In recent years, two complementary practices have emerged as alternatives to strategic philanthropy: trust-based philanthropy and participatory grantmaking. These approaches are becoming increasingly well-defined paradigms for how to shift power dynamics in the relationship between funders and nonprofit grantees, dynamics that may have been exacerbated by the strategic philanthropy approach.

The Whitman Institute, perhaps the major proponent of trust-based philanthropy, identifies the core values of the process as power-sharing, equity, humility, transparency, curiosity, and collaboration. They encourage providing multi-year, unrestricted funding; doing homework on the nonprofit’s alignment with the foundation, rather than requiring the homework to fall on the nonprofit; simplifying application processes; transparency; using feedback; and partnering beyond writing a check.

In 2018, the Robert Sterling Clark Foundation and the Headwaters Foundation joined the Whitman Institute in launching the Trust-Based Philanthropy Project to persuade more grantmakers to adopt these principles. That fall, the Whitman Institute also hosted representatives from three other foundations and several philanthropy networks to evangelise the perspective. Several regional associations of grantmakers (for example, Iowa, Rhode Island, and Southern California) are bringing workshops on the approach to their members in the coming year.

Foundations vary in how wholeheartedly they are embracing the approach, ranging from engaging community members in developing theories of change to turning grantmaking decisions over completely to resident groups. Cynthia Gibson, one of the leading experts in participatory grantmaking, notes that, “The move toward more public participation, however, is mostly an ad hoc phenomenon, with individual organisations and institutions embracing and testing new practices on their own”. The Colorado Trust has been one of the foundations at the forefront of deep engagement, turning grantmaking over to community resident groups.

The current public critiques and discussion about the role of philanthropy and ultra-wealthy donors create a climate in which alternatives to the funder-knows-best model of strategic philanthropy are likely to receive a warm welcome. An increasing attention to equity throughout the sector has encouraged reflection on how the traditional, and often exclusionary practices of philanthropy, have failed to change conditions in communities.

Funders such as the Whitman Institute, along with the Ford Foundation and Open Society Foundations (funders of GrantCraft’s work on participatory grantmaking), are beginning to engage in field building work – publications, toolkits, training, etc – to promote these alternative approaches. As the philanthropic field continues to wrestle with equity, the role of mega-donors, and the enduring impacts of racism and colonialism, trust-based philanthropy and participatory grantmaking are potential frameworks that can help to level the philanthropic playing field. 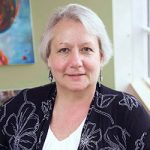 Dr. Teresa (Teri) Behrens is the executive director of the Dorothy A. Johnson Center for Philanthropy at Grand Valley State University. 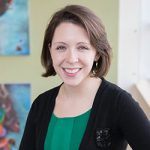