12 February 2020 at 4:27 pm
Michael Moody
New examples of the “tainted donor” or “tainted money” problem seem to keep popping up, and some even argue that the “cleanliness” of any money gained through capitalist practices should be considered suspect. Yet, all of this puts the not for profits who depend to varying degrees on private donations in an ethically complicated spot, write Michael Moody and Michael Pratt.

New examples of the “tainted donor” or “tainted money” problem seem to keep popping up, and some even argue that the “cleanliness” of any money gained through capitalist practices should be considered suspect. Yet, all of this puts the not for profits who depend to varying degrees on private donations in an ethically complicated spot, write Michael Moody and Michael Pratt.

Just about every major arts institution – from the Guggenheim to the Louvre – has received sizable funding from the Sackler family. Until recently, this arts patronage was how most people knew the Sackler name – if they knew it at all.

But the Sacklers, and their company Purdue Pharma, makers of the addictive painkiller OxyContin, are now becoming much better known for a different reason – their aggressive marketing of the drug despite its known dangers, and their complicity in fueling the nation’s deadly opioid epidemic. Museums with a Sackler-named wing, and other nonprofits supported by the Sackler family, now find themselves facing tough questions and ethically complex choices.

Unfortunately, the Sackler family’s fall from grace is not an isolated case. New examples of this sort of “tainted donor” or “tainted money” problem seem to keep popping up: the boiling controversy over financier and convicted sex offender Jeffrey Epstein’s contributions to MIT’s Media Lab, and the Lab’s handling of this uncomfortable fact; the University of Southern California’s rejection of a $5 million gift from former film producer and accused sexual predator Harvey Weinstein, meant to support female filmmakers; and questions about the prominent board seats occupied by tear gas maker Warren Kanders. In some circles, the “cleanliness” of any money gained through current, predatory capitalist practices should be considered suspect.

All of this puts the nonprofits who depend to varying degrees on private donations in an ethically complicated spot.

These concerns harken back to ethical questions raised about major philanthropists in the past, such as the famous controversy over John D. Rockefeller’s gift to the missionary arm of the Congregationalist Church in 1905. In fact, the term “tainted money” was popularised in that debate, mainly by Congregationalist minister Washington Gladden. Gladden was the leading voice for rejecting Rockefeller money because of concerns over how it was made.

But even at that time, ethical opinions were mixed about whether charities should accept tainted money. Salvation Army founder William Booth is often quoted as saying at the time, “the problem with tainted money is there t’aint enough!” Whether Booth actually said that or not, we know he was strongly in favor of accepting such money, saying tainted money was “washed clean” when used for the greater good.

In today’s hyper-connected world, concerns about supposedly tainted donors or money are more easily raised and more rapidly spread. Yet nonprofits and donors have never really developed a sophisticated way of addressing the thorny ethical questions raised in these cases. And this might be the silver lining in the current wave of controversies. They can force us to think and debate more deeply about the ethics of giving and receiving, and to develop better conceptual tools for handling these sorts of challenges in our field.

To do so, we first need to better understand these challenges and their context.

First, what exactly “taints” the money or the donor, and what variations are there in these claims? The distinction between tainted money (problems with how money was created) and tainted donors (problems with who is giving money) seems a primary one to clarify. Also, are there variations in severity that might matter – eg the stigma attached to donors accused of child abuse might be more problematic than that attached to donors accused of not paying their workers a living wage? And perhaps most important, who gets to decide whether a certain money or donor is tainted or not?

Beyond these conceptual questions, and even more urgent, are the practical questions, especially for nonprofits – questions about the range of possible responses, the process of deciding how to respond, and protocols to preempt or mitigate the risk of future tainted donations. What choices do nonprofits have beyond just refusing or returning the donation? And who should be consulted? How should the decision be communicated, especially when the ethical questions are blurry or disputed? What policies or procedures should nonprofits adopt to guard against the risk posed by tainted money and donors?

There are some resources in the field to help nonprofits and donors find their way through this ethical thicket. Nonprofit membership and philanthropy support organisations, like Independent Sector and the Association of Fundraising Professionals, have codes of ethics that address the tainted money/donor issue. But while useful, these often do not provide explicit advice for nonprofits who find themselves facing this sort of challenge. US nonprofits can find some guidance by looking to the UK, where regulators have developed some detailed, actionable guidelines for how and when to accept (or reject) a donation.

Examples of practices that would enable nonprofits to anticipate, mitigate, and/or respond to this challenge include investing more resources in vetting donors, creating standing ethics committees, and developing and implementing formal policies and procedures for accepting (or rejecting) donations. These policies and procedures address variables like how the extent of due diligence might change with a gift’s size, the conditions under which a donation should be rejected, and contingency plans for when a previously accepted donation becomes tainted.

Finally, we need to always remember that establishing general policies and procedures is not enough to find our way through these ethical quagmires. Context matters in every case. What is “right” might depend on many factors of the situation and the parties involved. For example, might oil companies be considered tainted donors to environmental organisations, but not so much to arts ones? Will an organisation on the brink of insolvency be more willing to accept suspect donations just to keep their doors open? And if a nonprofit has accepted donations from a donor repeatedly in the past, does this change their decision about whether to continue to accept donations when new allegations are made against that donor?

Whatever the specifics, we know these sorts of tainted money and tainted donor questions will continue to arise, and will continue to trouble both nonprofits and the donors who support them. We should use this trend as an opportunity to have a more complex and sophisticated conversation about the ethics of philanthropy. This better conversation will help all parties around the philanthropic table be more accountable and have greater impact. 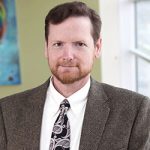 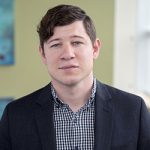 Michael Pratt is a project manager at the Dorothy A. Johnson Center for Philanthropy.

The number of people giving to charity hits 40 year low

The ‘martyrdom effect’: Why your pain boosts a charity’s gain

A shake up at the top