5 November 2020 at 8:43 am
Matthew Schulz
With hundreds of groups signed on for this year, organisers hope the event will help reboot a sector that has been stymied by the pandemic’s movement restrictions, writes Our Community journalist Matthew Schulz.

With hundreds of groups signed on for this year, organisers hope the event will help reboot a sector that has been stymied by the pandemic’s movement restrictions, writes Our Community journalist Matthew Schulz.

Australian community groups, charities and not for profits are signing up to Giving Tuesday in record numbers, many running campaigns to counter the effects of the COVID-19 pandemic.

Nearly 400 groups have formally registered a campaign for the global generosity day on Tuesday 1 December and will encourage thousands of people to give on the day, whether by donating, volunteering, advocating or simply “giving thanks”.

A “who’s who” of Australian organisations features on the list, from the biggest charities to the smallest community groups, while ambassador Tim Costello is among those hailing the event’s “wave of generosity and compassion”.

They join groups from 60 other countries taking part in the social media giving blitz, which was first conceived as an antidote to the “Black Friday” and “Cyber Monday” online shopping frenzies.

Organisers hope the event will help reboot a sector that has been stymied by the pandemic’s movement restrictions, as not for profits grapple with increased demand for services amid falling fundraising income and volunteer involvement.

Many groups will tackle the fallout of the pandemic head-on on Giving Tuesday, with campaigns to prevent suicide and domestic violence, provide food hampers, prop up the arts sector, support refugees, kick-start Christmas gift campaigns, and chip in to the health care sector.

“Giving Tuesday is already an online and social media campaign, so it translates well to the current environment,” said Our Community’s Alex McMillan, who is coordinating Australia’s involvement.

At a time when some donors are nervous about finances, Giving Tuesday promotes the chance for supporters to give in other ways too, such as through volunteering and advocacy.

Yet for those who can afford it, Giving Tuesday remains a fundraising powerhouse, generating more than $700 million globally last year, and millions in Australia.

The event has the support of Fundraising Institute Australia’s Katherine Raskob, who said the event taps into the Australian instinct to help in the giving season. She welcomed the fact that the day is not just about raising funds.

“It’s also about encouraging philanthropy, volunteering, lending one’s voice and getting people to think about what’s really important. It’s also a chance to make a statement that a modest gift can be transformative,” Raskob said.

This year more organisations have registered joint campaigns, such as those led by locally focused community foundations.

Australian Community Philanthropy (ACP) executive officer Gerlinde Scholz said some of her organisation’s members were joining for the first time this year and she expected interest to grow.

“There is really strong alignment between the purpose and values of Giving Tuesday and community philanthropy,” Scholz said.

ACP members include the Bass Coast Community Foundation (BCCF), a small but ambitious charity leading a joint effort by several groups in the fast-growing and picturesque farming and tourism community around Phillip Island and Wonthaggi, southeast of Melbourne.

BCCF executive officer Kirsty Mawer said Giving Tuesday’s appeal came from a combination of factors, including the pressing need for the region to recover from the pandemic, an “inclusive” message, and free resources to help kick the effort along.

Mawer said the campaign came at a good time. She said the pandemic – and the Victorian economic shutdown – had struck the Bass Coast region hard, with a study commissioned by the foundation showing a “frightening” impact.

The study showed the area was under great pressure from rent and mortgage stress, there were “jobs lost that will never recover”, and young people and women were hard hit, Mawer said.

“As Victoria is starting to emerge from a really tough period, it’s a great opportunity to be kind, to be generous, to be sharing, to be thinking about others. That’s what we need right now.”

The foundation is coordinating a regional campaign involving several other groups, each conducting separating events under the one banner.

The network has the backing of the Bass Coast Shire Council, and the foundation expects to call on its network of sponsors, donors, business backers and local media for further support.

“We’re getting involved in a variety of ways. People can give thanks, give ‘coin’, or give through volunteering,” Mawer said. 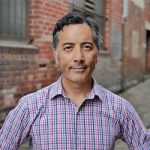 Matthew Schulz is a journalist at Our Community.