The role of data in social change campaigns

2 November 2020 at 5:05 pm
Natasha Sharma
There can be a lot of anxiety about data these days, but it’s actually really important – it can tell a story and ultimately be harnessed to create inclusion and drive change, write Natasha Sharma and Mark Yin.

There can be a lot of anxiety about data these days, but it’s actually really important – it can tell a story and ultimately be harnessed to create inclusion and drive change, write Natasha Sharma and Mark Yin.

In 2018, the internet was home to no less than 33 trillion gigabytes of data. While this may seem unsettling, particularly since data privacy concerns seem as unshakeable as ever, this constant flow of information is the reality of society today. However, in the right hands, data can be a powerful tool for positive social change.

When we think of data, we might visualise endless spreadsheets, daunting questionnaires or perhaps sneaky little bots in our computers covertly tracking our activity. To some extent, this is not untrue – data can tell us who we are, what we do and how we behave, and data needs to be gathered and stored as well.

But data can also tell a story, and qualitative data has a powerful role to play here: it helps to unveil nuances that may be missed in a graph or chart. Grassroots campaigns can and should harness this nuance. It is an important driver behind our campaign against street harassment.

Though street harassment is a complex experience, existing data on the issue tends to be limited; most of it is quantitative. Thus, even though we know how many people are affected and where harassment occurs, we lack the stories to recognise the real human impact of street harassment. We need qualitative data to understand the problem holistically.

For example, part of the experience of street harassment can involve reporting the incident. Quantitative data tells us that most people do not report, but almost all who do are dissatisfied with the experience. Now, we want to know why this is the case. This approach to data collection is informing our current research survey, and it is already shedding new light on this dimension of the experience.

When asked to elaborate on their experiences, respondents said they were told they did not have enough evidence, or that the incident wasn’t worth following up. One individual described the incident as “mortifying”, while another was told they should just “cover up”. Most felt as though police (or other authorities) were not empathetic to their situation, and none felt as though they achieved any resolution. This understanding of why reporting avenues are inadequate sheds new light on the problem posed by street harassment.

Further, whether quantitative or qualitative, data can have its gaps based on who is conducting, and who is being included in, sociological research. Existing literature around street harassment for example focuses on the experiences of cisheterosexual white women. While this data is important in how it has shaped the anti-harassment movement so far, there is potential for current and future data collection to be far more inclusive.

Understanding these nuances as well as the reasons behind them is critical for painting an accurate picture of society. While these issues have always been real to the people who experience them, we are now able to quantify and qualify their existence to decision makers thanks to data.

This can then shape policy outcomes in many areas – for example, a newly proposed tax to fund mental health services is based on both qualitative experiences of seeking help, as well as a quantitative estimation of the costs of the current mental health system. The more accurate and complete this data is, the more effective policy we can develop.

This is just as important in street harassment, where grassroots organisations like Collective Actions For Safe Spaces in Washington DC have spearheaded research that then created partnerships with government authorities and generated extensive public awareness campaigns. Their work also played a role in establishing the first ever legal definition of street harassment in the US, a definition that is inclusive of the experiences of all groups who are affected by street harassment.

Our survey thus addresses key gaps in the available Australian data on street harassment. We want to understand how different people experience street harassment differently, and what the underlying factors behind these differences may be. We also want to know the effects of street harassment on the wellbeing of the community, and the solutions victims want to see in action. Collecting sound data on these facets of the issue is critical for informing future change.

Campaigns in general should be firmly rooted in real community experiences and needs. As such, grassroots organisations can and should use data for positive social change.

It’s Not A Compliment is a Melbourne-based, volunteer-run campaign creating change around street harassment. 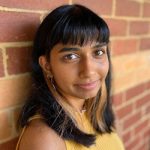 Natasha Sharma is the research and policy officer at It's Not A Compliment. 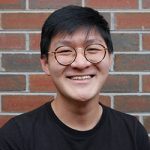 Mark Yin is the media officer at It's Not A Compliment.

Tags : Campaign, Data, It's Not A Compliment, Privacy, street harassment,

The stories and struggles behind entrenched disadvantage

The survey opening up data for all