24 November 2020 at 8:15 am
Sarah Liberty
Sarah Liberty, CEO of JustSociale, responds to Google’s worldwide announcement regarding encryption, and explains why it’s a positive step for human rights.

Print
Why I stand with tech platforms who use end-to-end encryption
24 November 2020 at 8:15 am

Sarah Liberty, CEO of JustSociale, responds to Google’s worldwide announcement regarding encryption, and explains why it’s a positive step for human rights.

As of Friday, Google’s rich communication service (RCS) is available worldwide, with notable exceptions being China, Cuba, Iran, and Russia. End-to-end encryption – currently trialled by beta testers – will follow suit which, once enabled, will ensure that neither Google nor your carrier can read messages sent via RCS. At a time when our right to privacy and freedom of access to information is at risk of being increasingly eroded – just last year, the ABC, Australia’s most trusted news source, was raided by the AFP – this is a positive step in bringing additional privacy and security to users, one that indeed should have been introduced sooner.

Digital rights activists have long defended encryption as a means of protecting ordinary citizens from cybercriminals and government surveillance, and I, along with them, urge the government not to interfere with this important initiative. Australia was, after all, the first in the world to introduce anti-encryption laws, requiring tech companies to hand over user data when requested by law enforcement, even if that required developing and using a “backdoor” to intercept encrypted data.

End-to-end encryption – or the secure method of communication that prevents third-parties from accessing data while it’s transferred from one end system or device to another allows us to safely share banking details, medical histories and other personal data; it also serves to protect journalists, human rights activists and other vulnerable people as stated in the 2017 resolution of the UN Human Rights Council. The rationale that end-to-end encryption can be used by terrorists, paedophiles and other criminals to hide their activities is a valid point, but so too is the reality that introducing loopholes to intercept encrypted data could introduce “unintentional vulnerabilities” that could be used and abused by these same criminals.

Kenneth Roth, executive director of Human Rights Watch, has argued previously that government-led efforts to introduce “a mandated back door – essentially a built-in vulnerability – is dangerous because there is no way to ensure that only the good guys will exploit it. Today’s hackers, both criminal and governmental, are increasingly sophisticated.”

Amnesty has echoed this sentiment, arguing that “even if governments banned certain kinds of encryption on consumer apps, this will not stop criminals from using encryption technology, which is widely available and free; it will just weaken security for everyone else who obeys the law.”

We at JustSociale – Australia’s first ACNC-accredited federal NGO committed to promoting and protecting the online human rights of all Australians – stand firmly with Google in enabling end-to-end-encryption.

Rather than fighting a losing battle against tech giants, I believe the government’s efforts would be better spent on raising awareness of Australians’ online human rights and responsibilities as good digital citizens, as well as promoting how our digital footprints can be monitored – by both ourselves and others. Should we not be working to foster a culture of transparency and trust rather than stoking already heightened fears around privacy – raging with the release of documentaries like Netflix’s The Social Dilemma? According to a study by Sydney University’s Digital Rights and Governance Project, almost 80 per cent of those who use social media want to know how their information is being used, and by whom.

This is precisely why we are developing Australia’s first Online Code of Conduct, to provide collective solutions that are agreed upon by the Australian public, and not forced upon them by securitising the digital realm. Yes, giant tech players need to come to the party because they hold more data about us than ever, but casting them as the enemy and treating them as such is in no way constructive. At JustSociale, we believe in diplomacy, and we know it is the only way forward in promoting our rights online. This is why we applaud Google and other key industry players and promise to work proactively together.

Now is the time we need to build long-term support for solutions and practices that ensure that all actors take the route of responsibility, trust and transparency – rather than promoting fear and liability. 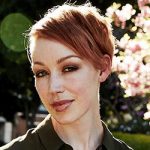 Sarah Liberty is the founder and CEO of JustSociale. She is a social entrepreneur, public speaker, radio presenter, podcaster and human rights advocate. She is an Ambassador for UN Women’s #GenerationEquality campaign.

The stories and struggles behind entrenched disadvantage

The survey opening up data for all