17 December 2020 at 8:30 am
Simon Henderson
The new bill grants extraordinary powers but lacks safeguards, especially for children and protection of their rights, writes Simon Henderson, head of policy at Save the Children Australia.

Print
ASIO’s powers to detain children rushed through Parliament with a lack of public scrutiny
17 December 2020 at 8:30 am

The new bill grants extraordinary powers but lacks safeguards, especially for children and protection of their rights, writes Simon Henderson, head of policy at Save the Children Australia.

The last two parliamentary sitting weeks of the year are always worth watching closely. It is a time where committee reports may be tabled and bills passed, with a view to have issues dealt with before the end of the year and start the next with a clean slate. Often this means that important human rights issues can pass through the Parliament, flying under the radar, with limited public attention.

2020 was no exception, with the passage last week of the Australian Security Intelligence Organisation Bill 2020. A bill that grants extraordinary powers but lacks safeguards, especially for children and protection of their rights. The bill sought to expand the questioning powers of the Australian Security Intelligence Organisation (ASIO), including extending the ability to interrogate and detain children as young as 14, down from 16, which was already problematic and a significant concern for Save the Children.

The bill was first introduced in early May and was referred to the Parliamentary Joint Committee on Intelligence and Security (PJCIS) for scrutiny review. Throughout the inquiry process, several organisations, including Save the Children, as well as the Law Council of Australia, the Australian Lawyers Alliance and legal academics, raised concerns that the bill breached Australia’s obligations under the Convention on the Rights of the Child (CRC) and lacked sufficient oversight.

Children have a right to liberty, security of person and freedom from arbitrary arrest, detention or imprisonment. Children must not be detained arbitrarily and should only ever be detained as a last resort and for the shortest appropriate time. Article 37 of the CRC guarantees these rights and binds the Australian government. The CRC also recognises that children have a right to their best interests being a primary consideration in all matters concerning them. These rights should be front and centre of mind for all policy makers when considering new laws impacting children, especially where detention is involved.

As far back as 2002, the PJCIS’ predecessor concluded that it was “a major concern” that children could be subject to the relevant provisions and recommended that questioning and detention by ASIO of people under the age of 18 not be allowed. The United Nations Global Study on Children Deprived of Liberty released in late 2019, following an extensive global review, recommended that children be excluded from counter-terrorism and security legislation and instead handled exclusively within child justice systems. An approach from which the bill starkly departed.

Meanwhile, in June 2020 the Parliamentary Joint Committee on Human Rights and in August 2020 the Senate Standing Committee for the Scrutiny of Bills also outlined significant concerns with the child rights implications of the bill. When the PJCIS’ report was tabled on 3 December 2020, it recommended the bill be amended to ensure that the attorney-general took into account the best interests of the child as a primary consideration in deciding whether to issue a questioning warrant. Additionally, it recommended the reduction of the sunset clause period from 10 years to five years.

This PJCIS’ recommendations were positive and aligned with Save the Children’s views, but critically, the recommendation on requiring the best interests of the child did not apply in every action taken on the questioning warrant. This was a fundamental gap. It meant that when looking at the vulnerability of a child, when considering such matters as their cognitive ability, whether they have a physical or intellectual ability or their developmental status, there was a lack of attention to the best interests of the child. There was also no requirement when other major decisions were made, such as the appointment of a child’s lawyer. Finally, there was no requirement that detention of children should be considered as a last resort, an obligation under the CRC.

Despite these critical child rights concerns, as well as amendments put forward by the opposition and Senator Rex Patrick which were designed to increase oversight, the bill was rushed through. Just one week after the PJCIS’ report was tabled, on 10 December 2020, government amendments mirroring the PJCIS’ report were put forward and passed on the same day. More time should have been provided, with further consideration given to additional amendments.

The passage of the bill was a disappointing outcome for children’s rights and parliamentary scrutiny. Unfortunately, it was characteristic of the rapid way in which national security laws are often passed, even though they may impose significant restrictions on our fundamental rights, including for children. It is now vital that civil society closely monitors the operation of the bill once enacted and holds the attorney-general and ASIO accountable. We cannot allow such clear potential violations of children’s fundamental rights to take place, especially without public scrutiny. Anything less is doing a disservice to young people right across our nation. 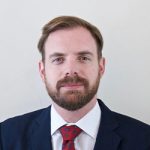 Simon Henderson is head of policy at Save the Children Australia, where he covers domestic and international child rights issues. He is an international human rights lawyer and policy analyst, with extensive experience in Australia and in the Indo-Pacific.

Tags : ASIO, Children, Convention on the Rights of the Child, detention, Save the Children,