15 April 2021 at 8:17 am
Eddie Cubillo
It’s 30 years since the Royal Commission into Aboriginal Deaths in Custody but families continue to lose loved ones amid high incarceration rates, making the need for effective action ever more urgent, writes Eddie Cubillo.

Photo by Mitchell Luo on Unsplash.

Print
Real action needed on Aboriginal deaths in custody
15 April 2021 at 8:17 am

It’s 30 years since the Royal Commission into Aboriginal Deaths in Custody but families continue to lose loved ones amid high incarceration rates, making the need for effective action ever more urgent, writes Eddie Cubillo.

Thirty years ago Australia’s Royal Commission into Aboriginal Deaths in Custody confirmed that racism was a fundamental cause of the high rates of incarceration and deaths in custody visited on the country’s First Nations people.

The royal commission heard evidence for more than three years – from 1987 to 1991 and examined the 99 deaths in custody that occurred between 1980 and 1989. In all it handed down 339 recommendations.

Since then the landscape has worsened.

There have been more than 455 deaths of Indigenous Australians in police or prison custody since the royal commission reported, and from speaking with families and Indigenous organisations, it has become clear that many believe the loss of life is higher.

An analysis by The Guardian newspaper last week put this grim total now at 474, but an official count isn’t available because the federal government simply doesn’t keep consolidated records of Indigenous deaths in custody.

Many families have lost family members. These deaths could have been avoided if the royal commission’s recommendations had been taken seriously and acted on by successive governments.

In recent times, the current federal government has tried to argue that it has, in fact, implemented most of the 339 recommendations. In 2017, the former federal Indigenous affairs minister, Nigel Scullion, commissioned Deloitte Access Economics to report on the level to which Australian governments had implemented the recommendations.

The review found that the government had implemented the vast majority of the recommendations.

But that claim has been vehemently disputed by experts working in relevant policy areas. In 2019, a damning response to the Deloitte review was endorsed by 33 academic and professional experts.

In a joint statement issued by the group, they suggested that the scope and methodology of the Deloitte review had misrepresented governments’ responses to the royal commission; and it had the potential to misinform future policy and practice responses to Aboriginal deaths in custody.

While Deloitte found that these recommendations had been fully or partially implemented, the joint statement noted that the use of arrest had in fact risen, as had rates of incarceration among Indigenous youth.

As of June 2020, Indigenous Australians accounted for 29 per cent of prisoners while only making up 3.3 per cent of the wider population.

Despite this criticism, the current Federal Minister for Indigenous Australians Ken Wyatt, last year tried to defend his government from fresh criticism inspired by the Black Lives Matter movement, tweeting:

“It’s important to note that an independent review of the RCIADIC [royal commission] recommendations (conducted in 2017) found that the Australian government has fully or mostly implemented 91 per cent of recommendations for which it has responsibility.”

Wyatt’s statement not only sadly highlights that as minister for Indigenous Australians he was not aware of the extent to which the Deloitte’s review had been criticised, but also shows that he, and his advisors, have little understanding of the significance of deaths in custody as an issue that profoundly impacts his Indigenous ministerial portfolio.

This apparent lack of empathy or care was further highlighted recently in questioning during Senate Estimates.

Senator Patrick Dodson, a Yawuru man from Broome and former commissioner of the royal commission, asked whether the government was ever going to respond to the important findings of the 2017 Australian Law Reform Commission’s Pathways to Justice Report.

Senator Dodson was first wrongly informed about the identity of the agency responsible for responding to the report, and then received no answer to his question about when a response would be given.

The Commonwealth government has never publicly responded to the ALRC report, and this failure isn’t just disappointing – it demonstrates a lack of appreciation of the extent of the difficulties faced by generations of Aboriginal and Torres Strait Islander people – difficulties for which we all bear responsibility.

The fact remains that Indigenous families continue to grieve senseless deaths that could have been prevented if the royal commission’s recommendations had been put in place 30 years ago.

These families, like that of Tanya Day, continue to be at the forefront advocating for these recommendations to be actioned effectively, to save other families from the pain of losing a beloved family member.

To mark the 30th Anniversary of the Royal Commission into Aboriginal Deaths in Custody report, Melbourne Law School is hosting a webinar on 15 April 2021 featuring Senator Dodson discussing his experiences, and outcomes, 30 years on. 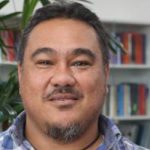 2021 budget fails to close the gap

Four Aboriginal deaths in custody in three weeks: Is defunding police the answer?