7 June 2021 at 4:57 pm
Craig Comrie
At the end of another sitting week, Craig Comrie wonders what would happen if question time and estimates became opportunities not for politicians to gain one up on each other, but for an inclusive approach to community engagement.

At the end of another sitting week, Craig Comrie wonders what would happen if question time and estimates became opportunities not for politicians to gain one up on each other, but for an inclusive approach to community engagement.

For many Australians, the machinations of the Canberra bubble are a mystery. What goes on in the halls of power is reduced to a quick snippet of question time, where the government and opposition argue relentlessly, and members interject incessantly while the prime minister and ministers defend the government’s agenda.

For a political tragic like me, it is disappointing that this is the lens through which much of the public views our politicians, who – regardless of their political colour – put their hands up to be elected because they care deeply about the future of our country and its people. Whether we agree with their views or not, I firmly believe each of them is there for the right reasons, and they work tirelessly to achieve outcomes – late nights, long periods away from family, weekends filled with community events, and the expectation that they be available and on duty for their constituents 24/7. Spare a thought for their advisors who get little sleep during a sitting week.

This week, I watched Senate estimates – the poor cousin of question time. It is a vital part of the process of government scrutiny that sees senators from the house of review quiz ministers of the government and senior members of the bureaucracy about budget investments and government programs.

The process results in government departments sweating, spending hours and hours preparing, strategising every question that may be asked and anticipating any weaknesses in the government agenda. The fundamental goal of estimates hearings is to ensure the government’s strategies are effective, correctly costed and that legislative approaches don’t negatively impact the community.

But my view is that the process has for a long time now devolved into a series of stunts, with the opposition and minor parties hoping to land a killer blow, the elusive gotcha moment for the media. To catch the government unaware or representatives unprepared. It makes good headlines and throws the government off – it is partisan politics at its best (worst!).

Of course, it is vital to scrutinise government. It is a key pillar of our democracy and effective opposition is critical to government accountability and assists in delivering voters a functioning Parliament. There is also no doubt that estimates hearings have uncovered issues worthy of public interest. But is it not time that our political process focused more on finding commonalities and opportunities for collaboration? Indeed, our ability to solve wicked problems and achieve prosperity for our nation relies on us all working together.

Sadly our political process is centred on ideological differences, with those who suggest that parties can reach agreement scorned for their suggestion.

It has got me thinking: what if question time and estimates were opportunities not for politicians to gain one up on each other, but an opportunity for an inclusive approach to community engagement. What if the people of Australia asked the questions? Or if the not for profits working on our country’s most significant challenges were able to bring their expertise to the table? Of course, we have the chance to have our views heard at the ballot box, but I believe there is an opportunity to open up our political process further to include citizens’ voices.

The not-for-profit sector is well-versed in collaboration. It is critical to successfully delivering services and meeting the needs of our client groups. Canberra could do well to learn from this orientation. I can imagine a world where instead of questions about limitations in government policy, there are questions from politicians and as well as a broad spectrum of our community aimed at identifying ways to improve policy by working together, where the goal is achieving bipartisan agreement on the way forward.

At a local government level, this happens regularly, with ratepayers, small business and the not-for-profit sector allowed to ask questions of their councillors at meetings. There is no reason why Canberra couldn’t consider similar mechanisms. It would go a long way to improving the status of politicians and their work in the eyes of the Australian community. 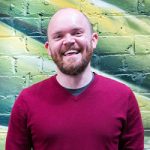 Craig Comrie is the director of government, philanthropy and media at Teach For Australia (TFA).

Did we have a ‘greenslide’ or a ‘One Nation/Palmer/Katter slide’ this election?