Refugee Week: The value of unity in creating a better country for everyone

23 June 2021 at 1:49 pm
Sri Samy
This week is an important reminder that we need to come together to recognise our common humanity and build an inclusive society, writes Sri Samy, founder and CEO of Friends of Refugees.

Print
Refugee Week: The value of unity in creating a better country for everyone
23 June 2021 at 1:49 pm

This week is an important reminder that we need to come together to recognise our common humanity and build an inclusive society, writes Sri Samy, founder and CEO of Friends of Refugees.

For people of refugee and asylum seeker backgrounds, finding community and harmony in foreign spaces is critical to one’s ability to feel safe and rebuild their lives. Often, people seeking refuge or asylum in Australia are those who are already marginalised and trying to break free of war conflict, poverty or persecution.

Refugee Week is a critical opportunity to celebrate refugees and people seeking asylum living in Australia; and support their journey to establishing a better life in a country that promises boundless plains to share.

Not only is it a humanitarian issue, but refugees also contribute back to our society in many positive ways. Research has shown that people who have come as refugees are more likely to set up businesses than other groups. In addition, they value education highly, with more young refugees studying than other migrants and people born in Australia.

The research shows that if we support refugees to recover from persecution and rebuild their lives here, Australia will reap the rewards.

This year’s theme of “unity” for Refugee Week is an important reminder that we need to come together to recognise our common humanity and build an inclusive society. This includes advocating for our refugee and asylum seeker populations and mobilising to stand up against policies that dehumanise and isolate, such as the government’s decision to leave refugees and people seeking asylum out of COVID-19 related support schemes last year. This simply cannot continue.

It’s important we stay committed to building community support and helping refugees and people seeking asylum feel welcome in our communities. Whether it be through food aid, material aid or workshops to empower, to show disadvantaged members of our communities that they have support networks to rely on can make a world of difference.

We’ve seen this in practice recently with the Biloela community rallying behind the Murugappan family who were removed from their home and sent to Christmas Island, forced to live in atrocious, inhumane conditions with their two young daughters. It is only through their community’s constant support and activism on their behalf that their heartbreaking story makes headlines and support for their release continues to grow from Australians more broadly. The Biloela community is a reminder that unity is achievable in our society.

Despite the significant contributions of refugee and migrant communities to our society and economy, they continue to be undermined and unprotected by a government that fails to show compassion and respect for the basic human rights of all people. A report by the Refugee Council of Australia demonstrated ways the pandemic deepened the challenges our refugee populations faced, with 70 per cent forced to skip meals due to hardship and 55 per cent at imminent risk of homelessness.

We need community allies to stand up and call on our government to do better. From writing letters to federal MPs to attending protests or simply educating those around us about why providing refuge to those who need it should be a fundamental human right, every little bit of support will eventually create a mass movement. 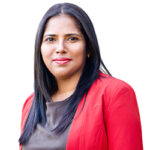 Sri Samy is the founder and CEO of Friends of Refugees.

Canberra is changing its approach to refugees after years of struggle

Behind closed doors: The migrant and refugee women suffering in silence