7 October 2021 at 8:15 am
Elizabeth Watt
A new report sheds light on the ongoing criminalisation of youth homelessness in NSW, write Dr Elizabeth Watt, Olivia Iannelli and Shoshana Booth from Yfoundations.

Print
Under 18-year-olds are still being locked up simply because they are homeless
7 October 2021 at 8:15 am

Back in 2008, when Justice James Wood was speaking to service providers across NSW for the Special Inquiry into child protection services, one issue came up repeatedly.

Under 18-year-olds were being held in detention centres because they could not provide a suitable bail address.

Essentially, they were being locked up because they were homeless.

These experiences of detention, however brief, can cause significant distress and exacerbate childhood trauma.

A new report by Yfoundations, the NSW peak body for youth homelessness, explains why little has improved since the 2008 Wood Inquiry.

Previously unpublished data shows that, in 2019/20 alone, 236 highly vulnerable adolescents were held in detention in NSW under Section 28 of the Bail Act – which allows magistrates to impose an “accommodation requirement” when granting bail.

Our report, which is based on interviews with 143 employees working across the NSW Children’s Court, the juvenile justice and youth homelessness system, highlights systemic issues that have hampered government efforts to address this problem.

In 2010, the NSW government introduced an after-hours Bail Assistance Line, like the Victorian Central After Hours Assessment and Bail Placement Service. Police must now call this line before refusing bail to an under 18-year-old. This provided bail coordinators an opportunity to assess their housing options, and secure young people alternative accommodation if needed.

Unfortunately, a recent evaluation of the Bail Assistance Line found that the service successfully diverted less than 10 per cent of homeless young people from detention.

Our research supports the evaluation’s explanation for these sad statistics: bail coordinators are being held back by a lack of beds.

Some youth refuges, like Taldumande Youth Services in North Sydney, receive funding from the Bail Assistance Line to provide accommodation and support for under-18s on bail. Our interviewees reported that these programs can provide respite for parents who are reluctant to have their children home, or temporary accommodation if a young person is prevented from returning for legal reasons – such as apprehended domestic violence order.

But there are currently only 15 beds available through the Bail Assistance Line, and they are not reserved exclusively for young people on bail. The vast majority are also in metropolitan areas.

That is why Yfoundations is calling on the NSW government to expand these contracts, increasing the number of Bail Assistance Line beds and to provide Aboriginal-specific bail accommodation.

Yet our research also shows that most young people involved in the criminal justice system require more support than our underfunded youth homelessness services can provide.

But there is a severe shortage of such placements in the NSW child protection system, which still relies heavily on volunteer foster and kinship carers.

This shortage helps explain our finding that child protection caseworkers are often reluctant to take responsibility for adolescents in detention, even when the chance of family reunification is slim. Put simply, they are “too hard” for the child protection system.

Two initiatives have improved the child protection response since 2008, according to our interviewees.

The NSW Bail Act was altered in 2013, so that caseworkers had to report to the Children’s Court magistrate every two days if an under-18-year-old was being held in detention because they are homeless. And in the same year, the NSW Youth Justice and Child Protection Department signed a memorandum of understanding designed to clarify who was responsible for these vulnerable adolescents.

While helpful, our research participants suggested this memorandum of understanding has gaps and is out of date. As such, highly vulnerable young people are still being warehoused in detention centres or being placed inappropriately in youth homeless services.

To change this situation Yfoundations is calling on the NSW government to develop a new inter-agency agreement, so that these highly vulnerable adolescents can receive the whole-of-government support they need.

The youth justice report launch will be held on 26 October. 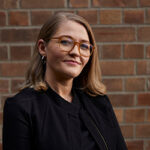 Dr Elizabeth Watt is research and policy manager at Yfoundations. 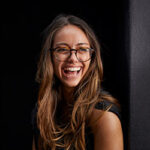 Olivia Iannelli is a senior research and policy officer at Yfoundations. 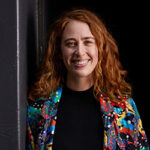 Shoshana Booth is a research and policy officer at Yfoundations.