At COP26 our fundamental human rights are at stake

3 November 2021 at 5:40 pm
Annika Reynolds
But the prime minister does not seem to have made that connection, write Annika Reynolds and Chris Caskey from Australian Lawyers for Human Rights, who argue it’s time to adopt a rights-based approach to climate action.

But the prime minister does not seem to have made that connection, write Annika Reynolds and Chris Caskey from Australian Lawyers for Human Rights, who argue it’s time to adopt a rights-based approach to climate action.

The global community recognises that climate change is a human rights crisis. In Australia, we see it with our own eyes. Rising temperatures threaten many of the universal human rights Australia has internationally agreed to uphold through increased fires, floods and droughts. Those in New South Wales and surrounding states know first-hand the taste of bushfire smoke as a possible harbinger of what may come. First Nations People’s rights to Country and culture are being increasingly impacted by climate-fuelled disasters and environmental degradation.

Australian Lawyers for Human Rights (ALHR) is calling on the federal government and Prime Minister Scott Morrison in particular, to recognise Australia’s international commitment to protect, respect and fulfil human rights in its engagement at COP26.

This commitment means Australia has three obligations when it comes to COP26: commit to science-based targets, engage responsibly, and protect the human rights it has internationally agreed to uphold for all Australians.

The time to adopt a rights-based approach to climate action – for all living and future Australians – is now.

COP26 is the “world’s last best chance to get runaway climate change under control”. The latest report from the IPCC finds unequivocally that climate change resulting from human activity has altered the weather systems and ecosystems on which all life depends. Without coordinated international action, global warming of over 2°C will occur this century, likely by the mid-2030s, with devastating human rights consequences.

Australia’s legal commitment to protect, respect and fulfil the human rights of all Australians requires constructive and protective engagement on the international stage. ALHR calls on the prime minister, in addition to the current commitment of net zero greenhouse gas emissions by 2050, to commit to:

Australia’s long-term credibility and resilience relies on our ability to engage with the international community with integrity. We are at our strongest when we deepen our alliances with like-minded countries, such as New Zealand, the United Kingdom and the United States, as well as others in the Indo-Pacific.

However, the multilateral environment has shifted significantly. Each of our like-minded allies are committing to progressive climate targets. In the last few weeks alone, the UN Human Rights Council recognised a standalone right to a clean, healthy and sustainable environment and established a Special Rapporteur on Human Rights and Climate Change. ALHR calls on the Australian government to join our allies in upholding their commitment to the Paris Agreement, by considering its obligation to protect and respect human rights impacted by climate change.

Similarly, recent reports have highlighted the role played by Australia and others in downplaying the need to transition away from fossil fuels. With climate change being a shared concern for all humanity, we call on Australia to refrain from using its influence to block more progressive climate action and to engage responsibly in working toward the decarbonisation of our global economy.

Fulfil the rights of all Australians back home

Finally, Australia’s commitments are empty without a policy plan at home. To fulfil the rights of all Australians, federal and state governments must commit to the decarbonisation of our economy and incentivising renewable resource use through well-coordinated climate policy that ensures a just transition for workers in our regions and vulnerable people in our communities.

ALHR calls on the prime minister and the Australian delegation to lead constructively and with integrity at COP26. The risks to Australia’s security, as well as the opportunities for Australia to join its allies and establish itself as a climate leader in the evolving green economy, are simply too pressing.

The prime minister has infamously said that he does not “hold the hose”. At COP26 he does hold a microphone, and he does so on behalf of all Australians. We are calling on him to succeed where his predecessors have failed. We call on him to commit to a legacy of ongoing responsible climate action and one that respects, protects and fulfils Australia’s international human rights law obligations. 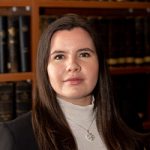 Annika Reynolds is the youth co-chair of environment and human rights at Australian Lawyers for Human Rights. 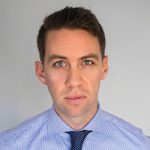 Chris Caskey is the senior co-chair of environment and human rights at Australian Lawyers for Human Rights.