12 January 2022 at 4:23 pm
Andrew Hill
The pandemic has forced charities to rethink their relationship with technology in order to do good and to do well. But as Andrew Hill writes, there’s still a long way to go.

The pandemic has forced charities to rethink their relationship with technology in order to do good and to do well. But as Andrew Hill writes, there’s still a long way to go.

Not-for-profits (NFPs) are already in the business of doing good, but innovating how they manage donors, volunteers, staff and beneficiaries can unlock even greater impact. That’s what Australian NFPs realised as the pandemic forced them to rethink the role of digital technology in helping them do well, as well as doing good.

Lockdowns and social distancing rules presented a major challenge for the non-profit sector. How did they stay on mission when they could no longer do traditional face-to-face donation appeals and in-person events? These have been key funding sources for generations.

In addition to finding new ways to fund their vital services, NFPs had to quickly figure out how to enable their workforce to continue doing great work from home, seamlessly, efficiently, and productively.

In the face of extraordinary uncertainty, digital technology could no longer be considered as something that would be nice to have – for the NFP sector, and many others, it was the key to survival.

In the process of adapting, NFPs realised something – they have an opportunity to scale their impact by streamlining time-consuming administrative processes, create digital channels to connect and engage with prospects and donors, and create more meaningful connections through personalisation.

Over the past two years, technology has made such a difference to NFPs that eight in 10 are planning to transition to a digital-only operating model by 2024, according to the latest Non-profit Trends Report by Salesforce.

Non-profits are typically revenue-stretched and paper-bound. They’re bogged down in admin, and have limited capability to capture meaningful data, which in turn narrows their understanding of costs, operations, and performance. This was already the case before the pandemic struck, but the digital imperative became even more urgent over the past two years.

Take Surf Life Saving NSW as an example. The organisation – which supports 129 surf life saving clubs in its century-long mission to ‘Save Lives, Create Great Australians, and Build Better Communities’ – reached a point where legacy processes were hampering its growth.

Through a transformation program, Surf Life Saving NSW was able to centralise its data, digitise procurement processes, and create a unified view of relationships.

As a result, the organisation achieved an 80 per cent reduction in the time it takes to create and launch campaigns, allowing it to scale efficiently and raise more funds for its charitable services.

According to our research, upgrading or retaining existing donors, as well as finding new donors, is a major challenge – and the majority of NFPs believe these issues will persist or become more challenging over the next year.

To overcome this, NFPs need to lean into their digital transformation to create highly personalised communications and experiences. When they do, they’re able to engage with prospects and donors at the right digital moments and drive continuous engagement.

For example, Cure Cancer, the only charity in Australia dedicated to funding early-career cancer researchers, is personalising its communications with the non-traditional fundraising community of gamers and streamers. By doing so, the organisation has increased conversion rates over a four-year period by 18 per cent year-on-year and revenue has also risen by 10 per cent.

The path to a successful digital transformation

It’s important to note that digitisation is not a blanket strategy – organisations have their own plan of action depending on their needs and goals. However, at a high level, there are key considerations that should be kept top of mind including getting organisation-wide buy-in, spending time building out detailed strategies at the start, and allowing for appropriate risk management by developing robust governance measures.

Take Unicef Australia. It spent 12 months refining its digital strategy, sought out board-level buy-in, and put risk measures in place so that it could trial new technologies before it transformed its technology stack – setting itself up for a successful digital transformation.

Since refining its digital strategy Unicef has met or exceeded all of its key metrics from its plan including reducing the time it takes to respond to customer queries from ten days to one – essential in a world where smooth and fast online experiences are expected by donors. It can now also immediately send out thank you receipts following a donation – which previously would have taken a week – supporting higher retention amongst existing donors.

While the term ‘transformation’ feels like there is an ending, it should be viewed as an ongoing journey. The transformation of NFPs won’t end in 2024 – they’ll just move to the next exciting chapter as digital-only organisations. 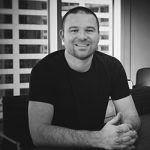 Andrew Hill is the regional Vice President of Salesforce.org ANZ.

Digital inclusion and transformation – a critical priority for Australian charities