8 March 2022 at 7:45 am
Natalie Kyriacou OAM
Traditional approaches to gender equality that focus on imposing solutions upon women through a “saviour model” are disempowering and ineffective. Instead, there is a need to transform underlying structures of power, writes Natalie Kyriacou OAM.

Traditional approaches to gender equality that focus on imposing solutions upon women through a “saviour model” are disempowering and ineffective. Instead, there is a need to transform underlying structures of power, writes Natalie Kyriacou OAM.

This statement is supported by evidence. According to CARE Australia, when one woman overcomes poverty, she brings at least four others with her. This is called the “multiplier effect”; that is, investing in women and girls not only affects them individually, but also their family members, communities, and society as a whole.

When it comes to defeating poverty and helping communities withstand disasters and crises, women are the solution.

Women are powerful catalysts for development because they re-invest the majority of their income into the health, education, and well-being of their families. Economically-empowered women also tend to have greater control over their income, education, reproductive health, and improvements in their children’s lives. Every paycheck to a woman is an investment in the prosperity of the next generation.

Yet, all over the world, women and girls are denied equal access to quality healthcare, education, financial resources, political participation, and leadership opportunities. They are more likely to live in extreme poverty than men, have greater food insecurity, own less land, have poorer access to financial services and financial decision-making, are underrepresented in parliament and key decision-making structures, are more likely to die or be injured in an emergency, and take on the majority of the world’s unpaid labour.

Our discomfort with gender inequality has not translated into action. To truly achieve gender equality, we must transform underlying structures of power – particularly economic and policy models – so that they centre women’s empowerment and recognise the immense power of women when it comes to forging solutions to global issues.

The decades-long campaign depicting images of malnourished women holding children with distended bellies to garner public donations is just one example of the harmful way in which women are presented as “beneficiaries” in need of “saving”. Such imagery undermines the autonomy and decision-making power of women and communities, and instead, imposes solutions on them. These “solutions” fail to consider local context and often do more harm than good.

Greater recognition and amplification of the dynamic work, autonomy and decision-making power of women and girls in communities is crucial to ensuring sustained gender equality and community resilience.

As UN secretary general António Guterres says, “We need to move beyond fixing women and instead fix our systems.”

Globally, women wield less socioeconomic power and are more likely to experience poverty than men, which often translates to disproportionate risk and burden placed on women and girls in times of crisis. When climate disaster, conflict or resource scarcity strikes – as it is with increasing frequency – it’s the world’s most vulnerable people who are most heavily impacted.  In fact, UN figures estimate that 80 per cent of people impacted by climate change are women.

Although women are forced to bear the brunt of the consequences of climate change, conflict and disaster, they have been systematically excluded from decision-making mechanisms and denied agency in deciding when and how to overcome the vulnerabilities they face.

This is a serious omission. Across all sectors of society, women’s representation is not an option, but a necessity. In fact, research shows that empowering women to participate equally in the global economy could add $28 trillion, or 26 per cent, to global annual GDP by 2025.

Investing in women isn’t just about women’s rights or human rights – it’s the right thing to do, and the smartest way to help communities defeat poverty, adapt to climate change, and achieve greater economic and political prosperity.

When a woman’s voice is heard, she speaks not just for herself, but for others too.

We have to rewrite the rules that prevent women and other marginalised groups from accessing the resources and opportunities that empower them to thrive. We have to work to lift the voices of local women so they can claim their fair share, and prosper.

Despite the structural and insidious gender inequalities that exist across the world – and against all odds – women are overcoming the barriers that have sought to prevent them from meaningfully and fully contributing to society.

This International Women’s Day let’s shine a spotlight on women and their immense, though often unrecognised, power to lead in a way where whole communities benefit. After all, women are the most powerful change agents in realising social, economic and climate resilience benefits. It is about time we start elevating and celebrating them.

This International Women’s Day, CARE Australia is celebrating the transformative contributions of women around the world through the ‘Her Circle’ campaign. 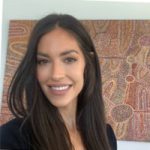 Natalie Kyriacou OAM is a CARE Australia board committee member, the CEO of My Green World, and the business development lead for environmental, social, governance (ESG) at PwC.