As far as political debate goes, this federal election seems to be less about climate change than any in the past 15 years. Unlike in 2010, 2013 and 2016 – when governments were elected and leaders deposed over climate policy – this time there’s no brutal contest over the issue.

There are no calls for emissions trading schemes, no Greens cavalcade into Queensland’s coal-mining hinterland, and no Labor prevarication over the Adani coal mine. The election is shaping up as a contest over other issues – leadership integrity, crisis management, economic nous and the cost of living.

Even so, and although overshadowed by the COVID pandemic, the current term of government has been framed by extreme climate events – first the Black Summer bushfires and, more recently, floods.

In 2019, climate change determined how about 13 per cent of Australians voted. And while it’s early days in the campaign, several polls suggest climate change remains a defining issue for voters this time around. If they’re right, the Coalition is in trouble.

Voters will not easily forget the trauma of the Black Summer fires.

Public anxiety over future climate damage is growing. The Lowy Institute has found 60 per cent of Australians now say global warming is a significant and pressing problem. The same poll showed 55 per cent of Australians say the government’s energy policy should prioritise “reducing carbon emissions” – up eight points since 2019.

We can expect the climate vote to be driven by several factors. They include: personal experience of disaster and recovery, Prime Minister Scott Morrison’s leadership on the issue, the government’s performance in reducing emissions, power prices and energy security, and competing parties’ credibility and promises on climate action.

There is mixed evidence on how extreme weather affects voting intentions. For example, while some studies say it benefits parties with greener policies, others indicate voters prioritise economic security after a disaster.

But the Morrison government has also been accused of weak leadership during recent disasters and being too slow to deliver assistance afterwards. Such perceptions, particularly in disaster-hit areas, are likely to weigh heavily against the government.

The election, of course, will not be decided on the overall swing, but what happens in marginal seats and those where credible independent candidates – many of them with climate action high on their agendas – pose a real threat to incumbents.

Some 25 electorates are likely to determine the next government. The 2019 election was only narrowly won by the Coalition and it currently holds nine seats on a margin of less than 4 per cent. Labor holds 14 marginal seats and independents hold two.

Seven of these seats were hard hit by the Black Summer fires and this year’s floods. Five are marginal seats held by the ALP – Dobell, Eden-Monaro, Macquarie and Gilmore in NSW, and Lilley in Queensland.

If the fires and floods do swing votes this election, they’re likely to secure Labor incumbents in these seats.

The other two – Page in NSW and Gippsland in Victoria – are safe Nationals seats and likely to remain so. Independents campaigning on climate policy look set to challenge Liberal supremacy in three urban seats: Goldstein in Victoria, and Wentworth and North Sydney in NSW. Meanwhile Zali Steggall, an incumbent climate independent, looks secure in Warringah.

Scott Morrison has a climate credibility problem. Having defined himself while treasurer by brandishing a lump of coal in Parliament, as prime minister he’s been accused of lacking empathy for victims of climate disasters.

Morrison’s trip to Hawaii during the Black Summer fires continues to haunt his reputation. And given the ongoing sensitivities around his disaster responsiveness, his government’s assistance after the recent floods was surprisingly sluggish.

The government has sought to claim credit for Australia’s success in reducing emissions from the energy sector. But most momentum derives from state and territory policies, and private investment – coupled with the dynamism and market competitiveness of the renewable energy sector itself.

And federal plans for a “gas-fired recovery” from the pandemic make no economic or ecological sense.

The road to elections is paved with broken old promises and lit by bright new ones (see table below).

The crucial indicator is the short-term national emissions target. The Coalition is sticking with a 26-28 per cent reduction on 2005 levels by 2030. Labor is aiming for a 43 per cent cut in the same period. The Greens and independents want more, and would legislate their targets.

While the Coalition has no renewable energy target, Labor is promising renewables will comprise 82 per cent of the national grid by 2030.

But how will they get there? This year’s federal budget – which barely mentioned climate change – outline the Coalition’s express commitments. It provides funding for liquified natural gas production, but no declining funding for renewable energy.

The budget also offers $12.3 billion for road infrastructure and $3.7 billion for rail next year. But there’s little for electric vehicles – crucial for cutting transport emissions and fuel costs.

Labor is promising $20 billion for powergrid upgrades and renewables, $200 million for solar banks and community batteries, and a discount scheme for electric cars.

What will the next term bring?

Obviously, we don’t yet know the persuasion of the next government – nor whether it will rely on support from minor parties and independents.

But we do know it will confront growing pressure for tougher climate targets and action – from the electorate, our international peers and the rising number of climate-related legal challenges.

As this month’s report from the Intergovernmental Panel on Climate Change indicates, extreme events will inevitably intensify and require more, and better coordinated, responses. 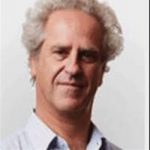 Peter Christoff is a senior research fellow and associate professor at Melbourne Climate Futures initiative, The University of Melbourne.