Congratulations on your appointment!

My advice to you is a bit unconventional – I suggest that you listen to some 80s music, specifically the song What’s Love Got to Do with It? by Tina Turner. A worldwide hit in 1984, it was Turner’s first and only US chart topper.

I am very open about my obsession with 80s music, but that is not what I am making this suggestion. Rather, the title of the song poses an important question that you need to ask yourself as you start in your role, and then keep asking yourself throughout your tenure.

Your role is to regulate charities, and the word ‘charity’ is derived from the Latin term ‘caritas’, meaning ‘love for humanity’ or ‘love for all’. Charity, or caritas, has evolved over time to encompass many different kinds of such ‘love’ – including a love of our earth and its environment, a love not just borne of a desire to ‘help those in immediate need’ (although that is an important element of charity), but also borne of a desire for justice and for a different world (hence why advocacy is such a key element of charity).

As a regulator of charities, the organisations through which ‘caritas’ is demonstrated, your role is literally to regulate ‘love in action’ – a rather unique and distinct role for a regulator. It’s quite different to the role of other regulators such the Australian Securities and Investments Commission or the Australian Competition and Consumer Commission.

Given this unique context, you can’t just take ‘Implementing Regulation 101’ off the bookshelf and start applying the contents. You need to push yourself to think differently, adopting a mindset that reflects your role’s distinctiveness.

The regulatory framework you administer is set out in legislation, regulation and of course the common law. But how that framework operates in practice also comes down, in large part, to how you exercise your judgement and discretion. The decisions and choices you make about all sorts of matters will determine how effectively the ACNC regulates charities, how it supports their work and how it benefits community.

When thinking about the decisions and choices you will make, here are some points that you may wish to ponder:

That’s a lot of advice from me, but here’s one more tip. If you’re sitting back to listen to some Tina Turner and feel like you wouldn’t mind a book to read too, then I highly recommend Regulating Charities: The Inside Story. Edited by Myles McGregor-Lowndes and Bob Wyatt. It will be very useful in helping you work out ‘What’s Love Got To Do With It?’.

To read all the parts of the Dear Commissioner series after their publication, click here. 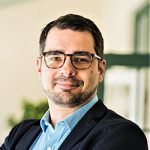 Krystian Seibert is an industry fellow at the Centre for Social Impact at Swinburne University of Technology, and the policy and regulatory expert at Philanthropy Australia.