Politicians may be better served addressing the message, rather than attacking the messengers, writes Robyn Gulliver.

A man who drove through a climate protest blocking the Harbour Tunnel this week has copped a $469 fine, while multiple members of the activist group were arrested. The protest was among a series of peak hour rallies in Sydney by Blockade Australia, in an effort to stop “the cogs in the machine that is destroying life on earth”.

Disruptive protests like these make an impact. They form the iconic images of social movements that have delivered many of the rights and freedoms we enjoy today.

They attract extensive media coverage that propel issues onto the national agenda. And, despite media coverage to the contrary, research suggests they don’t reduce public support for climate action.

But disruptive protest also consistently generates one negative response: attempts to criminalise it.

Tasmania, Victoria and New South Wales have all recently proposed or introduced anti-protest bills targeting environmental and climate activists. This wave of anti-protest legislation has been described as draconian and undemocratic.

Let’s take a look at how these laws suppress environmental protesters – and whether criminalisation actually works.

How do governments criminalise protest?

The criminalisation of environmental protest in Australia isn’t new.

Tasmania provides a compelling example. The Tasmania Workplaces (Protection from Protestors) Act 2014 sought to fine demonstrators up to $10,000 if they “prevent, hinder, or obstruct the carrying out of a business activity”. Described as a breach of the International Covenant on Civil and Political Rights, it was subsequently voted down by the Tasmanian Legislative Council.

The bill was resurrected in 2019, but also voted down, an outcome described by the Human Rights Law Centre as a “win for democracy”.

But yet again in 2022, the freedom to protest in Tasmania is under threat. The Police Offences Amendment (Workplace Protection) Bill 2022 proposes fines of up to $21,625 and 18 months jail for peaceful protest.

Activities such as handing out flyers, holding a placard or sharing a petition could fall within the offences.

Tasmania is not an outlier. After the Port of Botany and Sydney climate blockades in March this year, NSW passed the Roads and Crimes Legislation Amendment Bill 2022.

Almost 40 civil society groups called to scrap the bill, which used vague and broad wording to expand offences with up to two years in jail and a $22,000 fine.

Legislation isn’t the only tool in the toolbox of protest criminalisation. The expansion of police and government discretionary powers is also often used. Examples include:

“move-on” orders restricting protesters’ access to public spaces or engagement in particular behaviours;
on-the-spot fines, such as for the use of specific lock-on devices defined in Queensland legislation;
surveillance, pre-emptive arrests and infiltration of landowners and anti-coal groups, including Blockade Australia;
onerous bail conditions, such as restricting travel to CBD areas, banning journalists from mine sites, and unprecedented non-association orders preventing interaction with family; and
persistent attempts to silence environmental NGOs engaging in advocacy.

It also reportedly bankrupted senior spokesperson Adrian Burragubba in 2019, sued one climate activist for intimidation, conspiracy and breaches of contract, surveilled his family, and is pursuing him for $600 million (now reduced to $17 million) in damages.

In statements to the ABC and the Guardian, Adani says it is exercising its rights under the law to be protected from individuals and groups who act “unlawfully”.

Another tool for suppressing protest is the use of “othering” language. This language seeks to stigmatise activists, de-legitimise their concerns and frame them as threats to national security or the economy.

We see it frequently after disruptive protest. For example, ministers have recently described Blockade Australia protesters as “bloody idiots”, who should “get a real job”.

The Queensland Premier has described protesters as “extremists”, who were “dangerous, reckless, irresponsible, selfish and stupid”.

Why do governments feel the need to implement harsher penalties?

Some politicians have argued that anti-protest laws act as a “deterrent” to disruptive protest. Critics have also argued that government powers are used as a shield to protect corporate interests.

In its new report, for example, the Australian Democracy Network shows how corporations can manipulate government powers to harass and punish opponents through a process called “state capture”.

But it’s not only civil sector groups and protesters sounding the alarm. Increased repression of our rights to engage in non-violent protest have also been voiced by lawyers, scholars and observers such as the United Nations Special Rapporteur.

A reminder today as climate protestors take to the streets of Sydney:

Human Rights Watch has found that climate protesters in #Australia are being increasingly and disproportionately subjected to vindictive legal action by authorities https://t.co/dfmvFPoMTH

Numerous organisations have highlighted how criminalising protest and silencing charities threaten democratic freedoms that are fundamental to a vibrant, inclusive and innovative society.

But more than that, these strategies don’t appear to work.

Courts have used anti-protest legislation to instead highlight the importance of peaceful protest as a legitimate form of political communication. They have struck down legislation, released activists from remand, overturned unreasonable bail conditions and reduced excessive fines.

Police, too, have refused to remove cultural custodians from their ceremonial grounds.

And in general, research shows the public does not support repressive protest policing.

Indeed, rates of disruptive protest are escalating, while protesters vow to continue despite the risk.

The majority of Australians support more ambitious climate action. Many agree with Blockade Australia’s statement that “urgent broad-scale change” is necessary to address the climate crisis.

Politicians may be better served by focusing their efforts on this message, rather than attacking the messengers.

About the author: Robyn Gulliver is a postdoctoral research fellow at The University of Queensland. 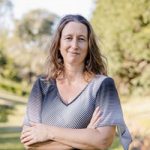 Robyn Gulliver is a postdoctoral research fellow at The University of Queensland. She researches the antecedents and consequences of environmental and pro-democracy collective action. She has developed Australia’s largest database of environmental groups, activities and campaigns alongside the ‘Campaign Explorer’ citizen science project.

Unleashing your inner radical: lessons learned from a time of upheaval