Is There Any Chance of Certainty for the ACNC?

22 October 2015 at 10:11 am
Professor Ann O'Connell
Dear Prime Minister, for the sake of the Not for Profit sector, please announce that your government does not intend to abolish the charity regulator, writes Professor Ann O’Connell, from the Melbourne Law School, in an open letter to Malcolm Turnbull.

Dear Prime Minister, for the sake of the Not for Profit sector, please announce that your government does not intend to abolish the charity regulator, writes Professor Ann O’Connell, from the Melbourne Law School, in an open letter to Malcolm Turnbull.

The Not for Profit sector exists in all countries with varying degrees of significance and varying levels of recognition. The sector in all countries is large and growing, diverse both in terms or size and also purposes and consists of entities that are economically significant as well as those that are staffed entirely by volunteers and provide services that cannot be directly measured in economic terms.

Almost universally governments recognise the contribution of the sector by extending tax concessions to entities that participate and carry out activities that are regarded as satisfying the ‘worthy purpose’ the entities were established for. In 2011-12 the Federal government estimated that it provided around $4 billion of quantifiable support to the NFP sector by way of tax concessions (including FBT and deductibility of gifts).

There is also likely to several billion dollars more in unquantifiable support by way of tax concessions (including the income tax exemption).  In addition to tax concessions at various levels of government, there are other benefits of being recognised as an approved NFP entity. This includes, in Australia, the cache that comes with being a registered charity and eligible to receive deductible gifts as well as a relaxation of trust law for trusts established for charitable purposes. One of the common concerns in a number of countries is how to regulate the sector and how to do it in a way that does not impose unnecessary compliance burdens that will distract the entity from carrying out its worthy purposes.

The Need for ‘Light-touch’ Regulation

One of the issues that arises in this context is that the very diversity that makes the sector such a valuable contributor to the economy, and to the creation of a vibrant multidimensional society, makes it difficult to fit within existing regulatory models. It has been suggested in some jurisdictions that the body that regulates companies would make a suitable regulator. However, the entities that are regulated by a body such as the Australian Securities and Investments Commission are for-profit companies and may are widely held by members that cannot closely supervise what the entity is doing.

Such a regulator is not a good fit for entities that are not formed for the purpose of profit making and that carry out their purpose for the benefit of the public. The taxation authority is also sometime chosen but again, the core function of a taxation authority is to raise revenue, not to grant exemption and then monitor whether entities continue to be eligible.

When this issue arose in Australia in the late 1990s and early 2000s there seemed to be a consensus that an independent body should determine eligibility for a status that, inter alia, conferred tax benefits and that such a body should be staffed by people with an understanding or an experience in the area of NFP and charity law. It took more than a decade from the suggestion being made in the 2001 Charities Definition Inquiry report but Australia is now one of a handful of countries lucky enough to have a dedicated body with responsibility for and oversight of at least part of the sector.

It is now almost three years since the Australian Charities and Not-for-profit Commission (ACNC) commenced operation. Although the official start date was 3 December 2012, a taskforce set up in July 2011 had undertaken significant work to ensure that the newly formed Commission could commence operation.

The ACNC was also given a range of enforcement options that could be used in appropriate circumstances such as warnings and undertaking in place of the previous draconic outcome of loss of status. Perhaps one of the most important features was the development of the public register of charities – which combines accountability and transparency and as a result, ensures a level of public confidence in the sector. In 2014 and 2015 the ACNC has de-registered several charities across Australia after investigations showed their benevolent work was a sham.

Although the ACNC is still a recent phenomenon, for more than half of its life it has been subject to the threat of abolition. Statements were made from the time the ACNC was established that a coalition government would introduce legislation to get rid of it. A coalition government was elected in August 2013 and the new Minister for Social Services, Kevin Andrews, assumed responsibility for the sector from Treasurer and took steps to carry this into effect. This was said to be part of a wider program to reduce red tape. In the case of registered charities it was said that they should be left to carry out their programs without the need to compete annual reports and other obligations. There seemed to be little acknowledgment that at the same time the requirements for entities entering into contracts with the Commonwealth were increasing.

The claim that charities did not need oversight ignored the clear possibility that some unscrupulous individuals would act to obtain private benefits or that there might be abuse of the tax concessions. Perhaps the most surprising thing is that the regulator found itself being defended by the sector it was established to supervise. A pre-election survey by Pro-Bono Australia found that more than 80 per cent of entities in the survey preferred the supervisory body to be the ACNC rather than the ATO. A letter signed by or on behalf of more than 50 individuals or organisations in March 2014 set out strong sector support for the regulator and urged the government to allow the ACNC to continue.

In the intervening period there has been a Bill introduced into Parliament (in March 2014 and again in December 2014), a Senate inquiry into the Bill (a Report was tabled on 16 June 2014) and preparations made to transfer some of the functions to the ATO. The Department of Social Services prepared an Options Paper for consultation (July 2014) and also commissioned a report to consider replacing the ACNC with a National Centre of Excellence (the report by the Centre for Social Impact was published in April 2015).

The ACNC has faced uncertainty and the sector itself has been unsettled. Having adjusted to having the ACNC, most within the sector did not want to have another change.

A Better Outlook but Uncertainty Remains

Since the change of Ministers in December 2014 which saw Scott Morrison become the Minister for Social Services, only to be replaced 9 months later by Christian Porter when Scott Morrison was made Treasurer, there have been no new moves to abolish the ACNC and some suggestions that the idea to do so had been abandoned. Speaking in February 2015 and again in September the (now) Treasurer indicated that abolition of the ACNC was not a ‘high priority’.

Dear Prime Minister, for the sake of the sector, please announce that your government does not intend to abolish the ACNC (or repeal the Charities Act 2013 that provides some security to charities that they can engage in advocacy activities).

Such an announcement would provide the ACNC and those that deal with it, certainty about the future. Furthermore, responsibility for the sector should be returned to Treasury. This would provide recognition that the sector is not just about welfare (although that is undoubtedly an important part of the sector) but also recognition of the significant contribution the NFP sector makes to the economy and to Australian society generally. 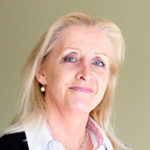 Professor Ann O'Connell is a member of the Not for Profit Project at the Melbourne Law School at University of Melbourne.