11 November 2015 at 10:58 am
Tim Costello
As a sector we need to be honest about the level of duplication in Australia and whether it is beneficial to the community, writes the CEO of World Vision Tim Costello.

As a sector we need to be honest about the level of duplication in Australia and whether it is beneficial to the community, writes the CEO of World Vision Tim Costello.

Trust is the most important commodity in the charities sector. Charities trade in trust to raise funds and provide services both in Australia and overseas. Maintaining trust requires work and commitment. One scandal, one misuse of funds can quickly undermine community and government trust in a charity.

This is not to suggest that charities should be risk averse – far from it.

What it does mean is that all charities need to ensure they are working to achieve real outcomes for the communities they serve. We should be doing everything we can to provide the best possible services in the best possible way.

Most people who support charities do not care what kind of organisational structure does the work. They do care whether their money is being used as effectively as possible to address their issue of concern.

In the UK there are increasing arguments for restrictions on the establishment of new charities. In Australia the number of charities is growing by around 3 per cent a year.

The former head of the Charities Regulator in the UK, Sam Younger, said in his farewell speech last year that there was too much “duplication, inefficiency and, sadly, too many charities that are not managed well enough”.

An online poll published in the UK in 2014 found that 81 per cent of readers believed there was too much duplication, inefficiency and bad management in the sector.

The retiring head of the Royal National Institute for Blind People in the UK, Lesley-Anne Alexander, has publicly talked about “blind welfare being more like blind warfare”, so competitive is the battle for resources between the 733 registered blind welfare agencies in the UK. Alexander lamented the lack of mergers in the sector saying too many people found excuses that did not really hold up to scrutiny.

I think as a sector we need to be honest about the level of duplication in Australia and whether it is beneficial to the community.

Charities usually come into being because people are very committed to doing something about a cause or a concern. They have lost a family member or experienced something that has completely changed their perspective on life. This passion and commitment to do something good is to be applauded and encouraged.

Unfortunately, passion and commitment do not always readily translate into good management and effective programs or services. I know first-hand how often in the international development area, the challenges faced in translating good intentions into good outcomes.

I like to think that as the charities sector has grown there is increased acknowledgement of the need to own our future. We should be striving to achieve what we believe in, to create the kind of Australia we want to live in and not just be reactive to government or funder expectations.

We need a dynamic charities sector with new entrants regularly bringing new ways of doing things, but we also must be prepared to let go or merge when the community would benefit through more collaboration and extra services could be provided.

It seems pretty clear that both smaller and larger organisations could do so much more if they supported each other and pooled resources rather than competing. This is as true in advocacy as it is in provision of direct services.

I am not sure what the rationale is for the duplication involved in running federated structures in national organisations, including many church based charities. How many donors want their money to support nine organisations rather than one?

I have been impressed by the leadership of some organisations in actively pursuing mergers and collaborations and am delighted that CCA is seeking to promote discussion about mergers drawing on leaders who have actually been involved in successful mergers.

Mergers and collaborations are not appropriate for many charities, but less charities in Australia might actually mean more and better services if we can build on our effectiveness and reduce duplication.

I would hope the issue of collaboration and mergers would be part of all our discussions about the future of our organisations.

Anything less would not honour the trust the community invests in us.

About the Author: Rev Tim Costello is the CEO of World Vision and the chair of the Community Council for Australia. In 2014 he was voted the most influential person in the social sector in Pro Bono Australia’s inaugural Impact 25. 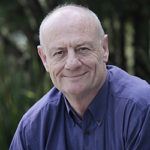 Passing a torch for the homeless