Merging - One Plus One Can Equal Three

11 November 2015 at 10:32 am
Jayne Mayer Tucker
Mergers in the Not for Profit sector are not all about monetary growth options but more about growth in outcomes, writes Jayne Meyer Tucker, the former CEO of Good Beginnings Australia.

Mergers in the Not for Profit sector are not all about monetary growth options but more about growth in outcomes, writes Jayne Meyer Tucker, the former CEO of Good Beginnings Australia.

Good Beginnings Australia may not have been a large organisation in dollar value ($8 million) but it was strong in its outcomes achievement and a leader particularly in engaging vulnerable communities leading to better outcomes for children.

Likewise Save the Children held both a financial ($140 million) and service delivery position of strength.

Both organisations were successful and neither had any issues about their viability.

Although Good Beginnings Australia was the smaller organisation it doesn't mean it wasn't strong. Once the two organisations began discussions it was clear that one-plus-one could equal three.  The drive to achieve more for vulnerable children was a mandate that both organisations were committed to.

Good Beginnings Australia had developed a sophisticated outcomes framework and Save the Children Australia was keen to adopt this.

Mergers in the Not for Profit sector are not all about monetary growth options but more about growth in outcomes. A clear mandate in Good Beginnings Australia as it was preparing for the #GoodSave merger was not how we were growing the organisation but about how we were growing the influence we could have on achieving outcomes such as achieving a good beginning for every child in Australia.

A key task for me was not only arriving at that decision personally but leading the Board, the Executive, the organisation of Good Beginnings Australia to collectively share and action this long term view.

In Good Beginnings Australia the shared purpose was captured internally through a manifesto which was also used as part of the external facing dialogues. An emergent strategy (Mobilise 2026+) was developed with its key message of “disrupting the system until it works for children” – this sentiment underpinned the shared purpose.

In the merger of Good Beginnings and Save the Children, the governance arrangement was really a mixture of an acquisition and merger. The shared purpose maintained expectations that individuals involved would be able to shift from ego to purpose and more importantly be part of an even bigger ecosystem. Although an understanding of an organisation’s ecosystem takes time, it is imperative that this understanding underpins the preparation and decisions that consequently influence the choice of governance arrangements.

To operationalize the ecosystem I have been focussing my academic work on development of a Social Connect platform divided into two phases. The first phase ensures the organisation is ready to collaborate with clarity for long-term systemic change. The second phase introduces breakthroughs that enable the desired long-term decisions to be made and changes to become a reality.

The goal of this kind of Social Connect platform is to assist Not for Profit organisations to be more focussed on their purpose and be willing to embrace governance arrangements that are most suitable for the requirements of societal needs.

It is well understood that we are currently moving into a new era that can be described as the sharing economy. Although this new era brings much excitement it also suffers from dramatic distraction thus presenting difficulties to assimilating long-term systemic change. A focus therefore on long-term systemic change is integral to manage and enable change around the shared purpose. Being clear on shared purpose was key in #GoodSave and size of organisation does not inhibit this.

As part of the Community Council for Australia CEO and Board leader Forums I will be sharing the lessons of #GoodSave – what went well, what didn’t, what we would have done differently and what was to be celebrated.

I look forward to exploring these ideas with sector leaders and learning about the experiences of others who have sought to improve outcomes and focus more on their purpose than their organisation.

About the author: Jayne Meyer Tucker is the former CEO of Good Beginnings which officially merged with Save the Children July 1, 2015. Meyer Tucker describes herself as a social engineer and champion for long term sustainable change. She is the founder of JMTinc and has created a platform called Social Connect, which is designed to mobilise long-term-systemic change for the Australian Not For Profit sector. 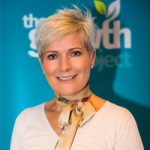 Jayne Meyer Tucker is the Volunteer Family Connect Champion and founder of JMTinc, and the former CEO of Good Beginnings Australia.

Life satisfaction not back to pre-COVID levels

A long-term plan to provide homes for all

‘Uberisation’ of the disability sector threatens provision of care