15 March 2016 at 11:11 am
Dameyon Bonson
Marginalised groups, and in particular Indigenous Australians, may not wish to join with other established groups who might not represent their values and aspirations, writes Dameyon Bonson, a Kimberley based entrepreneur and consultant.

Marginalised groups, and in particular Indigenous Australians, may not wish to join with other established groups who might not represent their values and aspirations, writes Dameyon Bonson, a Kimberley based entrepreneur and consultant in response to an article called Please, Not Another Charity.

Our country, which we all form part of, is richly layered with all different walks of life. We all bring with us multitude of experiences because of where we have had to walk, and the path laid down to tread upon.

For those who don’t know me, last year I was runner-up to Adam Goode at the Indigenous Human Rights Awards, and this May I will be attending the United Nations Permanent Forum on Indigenous Issues (UNPFII). My purpose for attending, is to lobby for an international consortium, made up of international Indigenous people of diverse genders and sexualities, to discuss how our sexual orientation, gender identity and intersex rights are enacted within Indigenous Peoples’ rights; and indeed within a human rights framework.

I myself am a cisgender gay Aboriginal and Torres Strait Islander Australian male and like many Aboriginal and Torres Strait Islander Australians whom are diverse in their sexuality and gender, we experience a life path with intersecting and interconnected terrains that are for the most part quite beautiful. However, with life not being fair, we also experience multiple layers of oppression and societal exclusion that include LGBQTI-phobia and racism; notwithstanding the many other social determinants that affect people’s lives.

“…strategies aimed at reducing the rate of suicide among Indigenous communities…They must also embrace genuine consultation with the groups for which they are intended, rather than indiscriminately adapting non-Indigenous models of suicide prevention. The role and potential of community-based, family-centred care giving and ‘self-determination’ as a protective factor must not be underestimated in this.”

It is then somewhat confounding in a very recent piece by the CEO of Suicide Prevention Australia, Sue Murray, Please, Not Another Charity!, that all Australians are being asked to rescind the very self-determining functions that are protective factors against suicide.

Many groups in Australian society are marginalised through a sense of charity rather than what winner of the esteemed Iremonger Award Nic Francis suggests should be a value-centred market economics; “moving beyond charity and do-gooding and guilt to a system that recognises the complexity of our values…” Because until then other marginalised groups and in particular – Indigenous Australians, may not wish to join with other established groups who might not represent their values and aspirations, and at worse might assimilate them.

For such groups, there might have been a history of struggle to be who they are and keeping their unique cultural perspectives is an important part of the services and programs they offer. Much work would need to be undertaken to ensure that these characteristics are protected – that there is appropriate strategies and inclusion in governance structures that ensures the self determination of that group.

This not a witch-hunt. But, if we are truly in the business of zero suicides, those who are privileged and who hold positions of leadership in this sector need to fully comprehend that their way is not going to always be the best way. How can we be certain that we ensure that the interests, empowerment and the franchise of minorities groups in this great country if the model of collective impact is lead by caucasian, heterosexual, able-bodied, middle class Australians.  We can’t, and neither can they.

Even the most well meaning group and organisation might undermine self determination without critical self reflection about their privilege. We need to ask how we can promote empowerment and self determination in genuine ways. Diversity needs to be at the decision making table not just in the decisions being made.

There is a danger for Indigenous Australians, like many others who experience ongoing exclusion, that when we attempt to transverse our message of refute we are often misconstrued as angry, polemic and difficult. Many Indigenous leaders and emerging spokespeople myself in some forums have certainly felt this. However, it is important that we speak up to and be part of the dialogue and claim our space even if those around us don’t like it.

About the author: Dameyon Bonson, a Mangarayi and Torres Strait Islander man, is a Kimberley based social enterprise entrepreneur and consultant. He is the Founder of Black Rainbow Living Well™ and YFRONTS™ – a peer to peer digital application for men in the FIFO sector. He is also a National Advisory Committee member for the Aboriginal and Torres Strait Islander Suicide Prevention Evaluation Project (ATSISPEP). 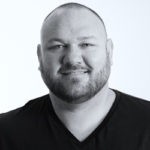 Dameyon Bonson, a Mangarayi and Torres Strait Islander man, is a Kimberley based social enterprise entrepreneur and consultant.