14 April 2016 at 10:15 am
Shawn Callahan
Leaders needs to engage their people so they all know they are doing work that is making a difference, and their individual skills can shine, writes Shawn Callahan, business storytelling specialist and Pro Bono Australia’s latest Executive Webinar presenter.

Leaders needs to engage their people so they all know they are doing work that is making a difference, and their individual skills can shine, writes Shawn Callahan, business storytelling specialist and Pro Bono Australia’s latest Executive Webinar presenter.

Over the last couple of years, I’ve had the pleasure of coaching one of the national managers of a global manufacturer, who I’ll call Peter. I was about to start a story workshop for Peter and his people when he turned to me and said: “Shawn, I would just like to put this session into context for everyone.” Peter then described how, each year, he pitches a budget to the company’s board for approval. His group’s plans all hinge on getting the right level of resources, so it’s a big deal.

The pitch is usually a gruelling affair but the last time Peter did it, things were different. He decided to make his proposal to the board using a story structure we’d worked on together. The board members listened attentively as Peter told a story about what he wanted to accomplish – it took him 15 minutes with no PowerPoint deck in sight. When Peter had finished, the board asked him a couple of straightforward questions, then there were nods around the table and, just like that, his request was granted.

Before Peter could catch his breath, the board chair asked him how much more money he’d need to achieve his goals even more quickly. He went with his gut: “Five million will do it.” That was also approved. As Peter was leaving, he heard the chair ask another national manager to make their proposal as clear as Peter’s. He just smiled.

Now you might be thinking, didn’t Peter need to share a whole lot of data to make his case? When did that happen? Surely he didn’t just tell a story? The answer is that this data was an essential element of the story Peter told. He handed out projections and historical information and then pointed to it as his story unfolded. But the most important thing here is that Peter wanted to engage the board emotionally and make them understand what great opportunities were at hand, and how well placed he and his team were to take them. His story forged this emotional engagement while also presenting the hard numbers of his case.

Of course, a leader has many other responsibilities in addition to obtaining the resources to get their job done. A leader needs to work with their people to craft and communicate strategy, so that everyone in the group has that strategy in their heads while making day-to-day decisions. A leader needs to engage their people so they all know they are doing work that is making a difference, and their individual skills can shine.

There will be many times, especially when things get tough, when a leader needs to inspire action. This action will have to be supported by the many decisions people make in the organisation, which requires the leader to influence those decisions that may directly impact their group. Also, every day the leader’s people will face new challenges, and as no one wants to reinvent the wheel or repeat past mistakes, sharing lessons becomes vital. And sometimes a leader needs to set the record straight: they need to counter half-truths and lies.

The list of potential responsibilities is obviously far longer than this, but the ones described above are fundamental for all leaders. And in each case, business storytelling can play a major role.

About the author: Shawn Callahan is the founder at Anecdote Pty Ltd. This article is adapted from his new book Putting Stories to Work: Mastering Business Storytelling.

Callahan will present his Executive Webinar: Putting Stories to Work at 2pm, Wednesday 20 April. How do you find and share stories that inspire action? Successful leaders are storytellers. By mastering business storytelling, they achieve extraordinary results. But as a leader you don’t have the time to do this in an ad-hoc way. Shawn Callahan will give you a practical, reliable method to follow. Book now! 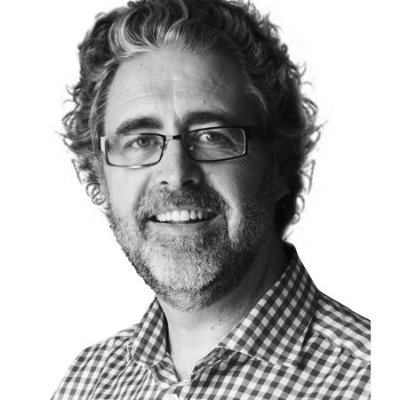 Shawn Callahan is the founder at Anecdote Pty Ltd.