Volunteering and the ‘Non-Ongoing Funding’ Caveat

21 August 2017 at 3:17 pm
Alison Lai
The not-for-profit sector has a job to do to convince the federal government to put funding for volunteering towards the top of its long-term priority list and not on the bottom, despite a short-term funding reprieve, writes CEO of Volunteering Tasmania, Alison Lai.

The not-for-profit sector has a job to do to convince the federal government to put funding for volunteering towards the top of its long-term priority list and not on the bottom, despite a short-term funding reprieve, writes CEO of Volunteering Tasmania, Alison Lai.

The volunteering sector breathed a sigh of relief across Australia last month when the Australian government reversed its decision to cut funding dedicated to volunteer support programs and services.

The change of heart, a result of extensive lobbying by the volunteering sector, will ensure funding for programs and services supporting volunteering remains available for the next three and a half years.

This news is viewed as a victory for the volunteering sector, not only because it saves the only funding stream dedicated to volunteer support programs and services, but because the advocacy campaign successfully showcased how important volunteering is to communities across our nation.

It is indeed a victory.

But for anyone who has worked in a community organisation that relies on government funding it’s a victory that comes with a sense of deja-vu in the form of three words; “non-ongoing funding”.

What this means is, despite the confirmation that the funding has been reinstated, it is only a reprieve.

The good news has come with a firm directive from the Australian government that the funding will not be ongoing and any organisations receiving it should not expect the support to continue beyond 2021.

That is, organisations like Volunteering Tasmania are under strict instructions to find other funding streams for their volunteering support programs because the Australian government doesn’t believe this is something they should be funding moving forward.

This means that in 2021, the volunteering sector will have to unite once again to compel the Australian government to change its mind.

Whilst the diversification of funding streams is a key result area in the strategic plans of community organisations across the nation, the Australian government’s stance poses an important question.

Should we expect the Australian government to prioritise investment into developing and sustaining a healthy volunteering sector?

I empathise that the Australian government does not have a bottomless bucket of funding which allows them to commit long-term funding to every worthy cause.

However, would the community expect taxpayer money to be invested into services that help Australians find volunteering roles, or programs that help organisations that involve volunteers to find them and look after them?

With four in five Tasmanians, for example, generously giving over seven million volunteer hours to the tune of $4.9 billion every year; if volunteering was identified formally as an “industry”, I suspect we would see more money thrown at it to ensure its sustainability.

I believe it’s a fair expectation because the liveability of our communities depends on volunteers.

Not just in the delivery of our community health services but during natural disasters, for our iconic festivals and events, to maintain our wilderness tracks and trails and to keep us physically active and healthy.

These examples are just touching the surface, with volunteers contributing an estimated $290 billion annually across the nation.

The Australian government could never afford to replace our volunteers with paid-workers.

But most importantly, I also believe it’s a fair expectation that the Australian government invests in nurturing volunteerism because volunteers are not an entitlement.

This is an issue that is happening here in Tasmania and right across Australia.

So if we know that volunteers are keeping our communities alive and that the Australian government could never afford to replace them with paid workers, then surely it’s in their interest to invest in programs and services that nurture volunteerism.

Because to do otherwise increases the risk of community organisations having no other option than to approach the government for financial assistance to hire paid workers to replace their volunteers because they don’t have enough.

These requests are already happening, and I am sure these organisations, and the people in the communities they support, would also think it’s a fair expectation that the Australian government set some funding aside aimed at keeping volunteering alive.

Because a future that doesn’t prioritise investment into developing innovative ways to get more Australians to volunteer, or help organisations to involve volunteers, is a future with few volunteers.

And a future with few volunteers, is one with less junior sport, the closure of regional museums, no-one available to take our older Australians to their doctors’ appointments, fewer friendly faces welcoming our cruise-ships, and less people to help the homeless or those in crisis.

It’s not a future I want to ponder, but unless we can convince the Australian government to put funding for volunteering towards the top of their long-term priority list, and not on the bottom, it’s one that we have to bravely accept.

But I’m not ready to accept it yet and despite those three words “non-ongoing funding”, I am feeling optimistic.

It’s the mission of Volunteering Tasmania and all the state’s peak bodies to create an environment that promotes and sustains effective volunteerism. We now have three and a half years up up our sleeve to help persuade them that this priority should also be one of theirs.

And knowing that our island is built on the generosity of volunteers, I look forward to the challenge.

About the author: Alison Lai is the CEO of Volunteering Tasmania. With a career spanning government, corporate and the not-for-profit sector, Lai also has more than 20 years of personal volunteering under her belt. A born and bred Tasmanian, one of her key goals is to get the Tasmanian government and local communities to work collaboratively to ensure the sustainability of volunteerism across the island. 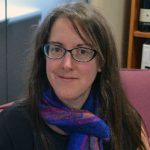