Print
Welfare Needs a Radical Restructuring
5 September 2017 at 8:58 am

Welfare reform requires radical restructuring of a system that is increasingly paternalistic and creating serious social divides and exclusion of the most disadvantaged.

The current system fails to offer an accessible supportive payment system that is seen as fair, instead stigmatising many assorted recipients of “working age payments.” There are real administrative problems, identified in many reviews but not fixed, and it has basic design flaws that can’t cope with likely diminishing demands for paid labour.

To quote: “We say stop the cuts. Strengthen the social safety net. Stop tearing it apart. As leaders from the community and health sectors, we unite to condemn repeated attacks by the federal government on people living in poverty. We stand together to say enough is enough. Social security is a right. The social safety net is there to support us if we lose our job, get sick, undertake study, care for children or someone else, have a disability, or need support when we get older. It is an entitlement, not a crime, to receive an income support payment in Australia.

This government must stop treating people on low incomes as though they are doing something wrong or breaking the law, just because they are receiving a payment.”

It is very doubtful that these pleas will have any serious effect in the present political climate, as the government is taking full advantage of public anxieties to stigmatise and define groups that can be seen as “not like us”.

Cuts to welfare payments over the past three decades are residues of the fading neo-liberal market policy shifts which undermined welfare state assumptions that payments were an entitlement. Labelling working age recipients as bludgers and shirkers who need to be controlled and forced into paid jobs allowed cuts to poverty incomes, increases in income management, drug targeting and Robodebt collectors. These create stigma and shame as well as the burdens of inadequate, insecure incomes.

The big shift has been blaming individuals for their situation and ignoring the structural barriers they face, such as having 10 job seekers for every vacancy. The results are that the needs and views of most payment recipients can be politically ignored or undermined. The existence of local stringent means tests adds power to the divides as those “taxpayers” who are not entitled to any support because of their incomes, are likely to be judgmental and mean. This consequence is the result of our very “means” tested system (pun intended), which allows Australia to be one of the lowest spenders on social security in the OECD.

We have a pay-as-you-go welfare system, not a contributory one, which limits the costs of the system to taxpayers but has also created resentment and stigmatising by the ineligible (why should my taxes pay for them?). This view and divide has become increasingly obvious and toxic over the past few decades as governments have used it to justify cuts to sole parents, those with lesser disabilities and increasing conditionality, called mutual obligation, which is not mutual! Terms like middle class welfare are used to undermine child payments but the better off often seek accounting help to make them eligible for aged pensions. Means testing financial efficiency is undermining effectiveness.

These splits are possible. So what can be done?

Reducing financial poverty is a bandaid that fails to address systemic flaws. We need reforms that address both the inadequacy of victim blaming models and far fewer secure paid jobs due to technology changes and need to reduce environmental damage.

A future with less emphasis on paid work and trade as the main forms of income requires sources of communal income. This could create a fairer society that recognises women’s unpaid work, community needs and many other ways of contributing to social and material well being.

It would allow for cutting paid work hours to leave more time for care and creativity. The post industrial age needs an income support system that reduces the inequities of more gig jobs, less long-term employment and the need for improved trust and social cohesion.

There is a lively international debate on introducing a universal basic income UBI. This idea is a payment for all that would not be means tested but may be taxed. There are many variations and these are reflected in multiple trials in many countries, including Canada, Finland and Scotland. It is also being discussed by groups in NZ and here but there are also many who oppose it, who see it as undermining the poverty relief possibilities.

An international advocate for a UBI, Rutger Bregman, is currently touring Australia to promote the idea, and is speaking at a range of conferences and events, which may stimulate wider discussions of whether Australia should fund a trial. Starting a local version would create some good local data to see whether the model of an unconditional payment works more effectively to create more civil societies than the present and planned future more conditional changes would.

We are in a unique position to run a local trial because we have been running a range of income management trials in the NT and elsewhere. These provide a rich source of data on the effects of tightly controlled and conditional payments, mainly targeted to communities with very high Indigenous populations, but also some non Indigenous recipients among the 25,000 covered.

These trials would allow the unique opportunity to compare the model’s long-term outcomes.

Philip Alston, the UN special rapporteur on extreme poverty and human rights on ABC Big Ideas, made it clear that social rights needed to be seen as enforceable, rather than relying on pity and other emotions. He discussed the consequences of too much emphasis on economics but no interest in well being. This enforces the idea that the value of social security payments must be carefully considered in terms of their long-term capacity to improve autonomy and a sense of self worth, if they are to contribute to more civil societies.

About the author: Eva Cox AO is an adjunct professor at Jumbunna Institute of Indigenous Education and Research University of Technology Sydney. She has become well known as a public commentator, passionate in her advocacy for women’s rights and the alleviation of social injustice. She delivered the ABC Boyer Lectures in 1995 on the theme, A Truly Civil Society, followed up by her monograph Leading Women in 1996. For her extensive contributions, particularly concerning the advancement of women’s welfare, Cox was appointed Officer of the Order of Australia in 1995, named Humanist of the Year 1997, and featured on a postage stamp, as an Australian Legend in 2011. 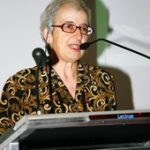