Five Ways The Future of Work Could Change For Women

27 October 2017 at 4:13 pm
Victoria George
The last generation saw a significant shift towards equality for women in the Australian workplace, but they remain underrepresented in senior roles, earn less and don’t have as much superannuation. Victoria George from the University of Melbourne takes a look at what the future of work could look like for women, in this article first published in Pursuit.

The last generation saw a significant shift towards equality for women in the Australian workplace, but they remain underrepresented in senior roles, earn less and don’t have as much superannuation. Victoria George from the University of Melbourne takes a look at what the future of work could look like for women, in this article first published in Pursuit.

According to the World Economic Forum, it will be 118 years before women have the same career prospects as men.

Even as female leaders steer multinationals and major economies, the reality is that the working world still excludes, underpays and overlooks half of its available talent.

So what are the five ways the future of work could change for women?

Recent figures from the Australian government reveal the reality of gender disparity in our workplaces — just 16 per cent of CEOs are female and 28 per cent of key management positions are held by women.

Dr Melissa Wheeler, research fellow in management and marketing at the University of Melbourne’s faculty of business and economics, says the lack of senior women isn’t because the women don’t exist to fill the positions.

“It’s not that women don’t want to pursue leadership; the problem is the backlash that women experience when they assert this desire,” Wheeler said.

Dr Wheeler said much of the problem lies in the hiring process.

“Research shows that we have an unconscious bias, which can lead you to choose a man over a woman for a role — even when you are faced with almost identical candidates,” she said.

But this is being addressed both here and overseas.

The UK Prime Minister’s Office launched an initiative in 2015 to reduce bias through “name-blind” recruitment. And in Australia, the Victorian government is piloting a similar initiative, Recruit Smarter.

Dr Wheeler, who is part of the initiative through her work with the Centre for Ethical Leadership, said the pilot program aims to provide evidence-based changes in the workplace.

“We are trialling a range of interventions during the hiring process, such as de-gendering job ads, and blind recruitment, or de-identifying applications using real job seekers and selection panels,” she said.

“But evaluating their effectiveness is key. We want to ensure we bring tried and tested approaches into the workplace.”

Professor Mark Wooden, professorial research fellow and director of the Household and Income Labour Dynamics in Australia (HILDA) Survey at the Melbourne Institute, said a large part of the problem comes from the different rates of promotion between men and women.

And this, he said, has a lot to do with Australia’s “long work hours culture”.

“This culture is effectively driving a wedge between men and women in the workplace,” Wooden said.

Around 22 per cent of employed men report usual weekly work hours of 50 or more, compared with just eight per cent of women.

And for this gap to close, said Professor Wooden, there would need to be a re-examination of the traditional family structure.

“Redressing inequality in the workplace requires us to look at a myriad of issues —including the home environment,” he said.

“Women still take on the bulk of household chores and assume greater child care responsibilities. This means that men are spending more time at work building experience, skills and networks.

“Until we see a greater sharing of roles and responsibilities at home, women, on average, will always be disadvantaged in the labour market relative to men.

The pay gap between men and women has been slowly closing over the decades, but a lot more needs to be done. There is a 23.1 per cent pay gap across all industries, with men earning on average $26,853 a year more than women.

Professor Wooden said a major source of the large pay gap is because many women work part-time hours — and, according to this year’s HILDA survey, when you calculate hourly rates of pay, the gap declines to about 15 per cent.

Professor Wooden said while there is no significant gender wage gap in low-paid jobs, the difference in the number of men and women at higher levels in organisations is “almost certainly the biggest reason for the persistent gender pay gap”.

Dr Wheeler said for the pay gap to close in coming years, the government will need to implement policies that ensure organisations employ more women, and particularly at more senior levels.

“One myth is that time will heal all — but if you let time sort itself out, it will be 50 years in Australia for the pay gap to close,” she said.

“We can’t do nothing; there has to be something to speed up the process, so it goes back to getting the numbers, getting the role models.”

This means both male and female role models in senior management need to drive change in gender stereotypes and norms to encourage women’s access to leadership.

“Maybe this does make people a little uncomfortable at the start. People might not like it, but it will actually change things.”

3. Women leading the way in stem

Dr Victor Sojo, from the Centre for Workplace Leadership, said a crucial part of increasing the number of senior female leaders, and reducing the gender pay gap, is having more girls and women studying science, technology, engineering and mathematics — known as STEM subjects.

He said when organisations do have senior women, they tend to be in areas like human resources or public relations but more women are needed running the “core business” areas.

“When women are dealing with the finances or other core aspects of an organisation, the salaries are higher,” Sojo said.

“We know that when kids get to high school, girls are already less motivated to do mathematics, and advanced maths, compared to boys.

“In fact, over the past 20 years both boys and girls have been losing interest in maths, but it’s more pronounced amongst girls, so that’s troubling.”

Gender distribution is improving in areas like law, business and many areas of medicine. Dr Sojo believes the same shift can happen in basic sciences, engineering and IT by motivating more girls to take advanced maths during high school and then on to relevant university degrees.

He said part of the solution could lie with parents.

“A lot of parents talk about whether ‘you have a maths brain or not’ and the message is that you need to have some kind of genetic brain structure to understand mathematics, when in fact all the evidence indicates that you only need to practice,” he said.

“We also need more school teachers who can explain maths in a way that’s both conceptual and connected to the real world.”

Recently, the Productivity Commission estimated that by 2050 Australia will need almost one million aged-care staff, an industry that has been traditionally dominated by women.

“Just like we need more women in leadership positions and in STEM fields, more men will need to fill the roles historically held by women,” he said.

More than 60 per cent of Australians work in an industry that is dominated by one gender. Professor Wooden says the problem with the care industry is that it’s not driven by a usual market.

“Aged care and child care are not industries where the market works — they are underpinned by government,” he said.

“Aged-care homes would like to employ more men, and residents would prefer a more equal gender mix, but the government will need to step in to make this happen.

“One option is to increase wages to attract more staff — but then either the customers pay more directly, or the government says we have to raise taxes — and will they be prepared to do that?”

Dr Sojo said it’s crucial that workplaces develop more flexible approaches to working hours and parenting in the next 10 years.

And that to survive, and thrive in the future, organisations will need managers who know how to manage people who want to work flexibly.

“It’s actually a managerial competency — to know how to manage all these people with different needs,” he said.

In many workplaces that do have paid paternity leave, employees using those arrangements can still experience a backlash from their colleagues.

Wheeler said: “Lots of men would love to have more time with the family, more time when the baby is born.

“Even when there are cases of paternal leave, if men want to take that leave, they often experience the same backlash as women do when they act like men. When they break their stereotype, they’re seen as less committed.”

Dan Woodman, associate professor of sociology in the School of Social and Political Sciences, said it’s not just workplaces but broader social attitudes that need to change. But, he said, flexible working policies don’t necessarily translate to women having a better quality of life.

“My research is showing that young mothers in particular, around 30 years old, while their workplaces are giving them flexibility; they are also working very hard, often way outside the nine-to-five schedule,” Woodman said.

“Just to manage their family or other roles they’re expected to do — this is a group of people who are exhausted.

“Attitudes are shifting but it’s complicated. If men continue to take on more caring responsibilities and domestic tasks at home, and employers adopt genuinely flexible attitudes towards their employees, we may see the shift in attitudes needed for there to be real positive change for women at work.”

About the author: Victoria George is the communications coordinator at the University of Melbourne’s Faculty of Business and Economics.

This article was first published in Pursuit. Read the original article here 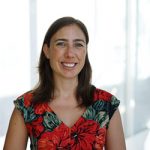 Victoria George is the communications coordinator at the University of Melbourne’s Faculty of Business and Economics.

How to avoid ghosting your job offer

Creating a community for all parents