Comparing Apples, Oranges and Lemons Dressed Up As Mangoes

Print
Comparing Apples, Oranges and Lemons Dressed Up As Mangoes
12 December 2017 at 8:25 am

Emeritus Professor Myles McGregor-Lowndes looks at the three KPIs the sector can use to judge the new ACNC commissioner Dr Gary Johns in his mission to make charities more transparent.

The new ACNC commissioner wants charities to be transparent. So how will we know if the new commissioner succeeds in his transparency goal five years hence?

For me, there are three KPIs on which the sector and community might judge the results.

The government currently mandates generic accounting standards through the AASB that are not fit for charity transparency purposes.

They do not provide what many users (including donors) want – a template to benchmark or compare financial accounts – let alone indicators of efficiency, or even effectiveness.

Unbeknownst to the small groups looking at them, everybody had the same underlying transactions – just classified differently as allowed by the vanilla AASB standards. Yet when asked to investigate their charity’s administration and fundraising costs each group – each deeply experienced group – arrived at wildly different answers.

The penny fell with a thud to the floor when the identical base transactions were revealed to all. Under current AASB standards, it is not a case of “can you do the accounts”, but “what would you like the accounts to be?”

Transparency of financial accounts is of limited value if you are comparing apples, oranges and lemons dressed up as mangoes. It doesn’t matter how deep you drill with a digital hipster uberised Internet app. We have five years of mixed quality and different accounting treatments that no amount of visual graphing, cleansing, or cooking of the books is going to provide donors or anyone else with any significant clarification about an individual charity’s performance against others.

So…KPI One – Having the AASB agree to a fit for purpose not-for-profit accounting standards such as the UK’s Standard of Recommended Practice (SORP), or Singapore, Canada or New Zealand’s specific accounting standards to give charities an important tool for transparency.

The new commissioner talks of a donor market. Classic economic theory has not-for-profit organisations arising and thriving historically in failed community service markets because for-profit firms couldn’t successfully operate there. The theory goes that donors and consumers place trust in the legal constraints that define a not for profit and more lately in the government providing a taxpayer-funded accreditation of these legal constraints in licensed organisations.

Can the regulatory levers be pulled to boost donor influence to mimic the role of buyers in the widget market? Would donors then discriminate among organisations with their support, as occurs in the rationally-minded scenario of widget buyers and sellers imagined by economists?

Governments have been trying to harness the market paradigm recently to create functional markets where none have existed, sometimes with spectacular failures such as vocational training.

Care is needed in pulling the right levers.

To create such a functioning market, the commissioner will, among other things, have to raise the number of donors recognising that there is an ACNC and a database, and then motivate them to expend effort to use and understand its metrics.

The public recognition of the ACNC is too low, with the ACNC’s recent research showing only one in 20 Australians being able to recall the ACNC unprompted.

Then the really difficult task will be to convert donors from giving as an emotional response to the opposite: a rational cost-benefit decision accompanied by search costs with little immediate emotional reward. The evidence suggests few donors outside staffed foundations and family offices operate this way anywhere in the world.

KPI Two – Screen those accessing the ACNC database and aim to have self-disclosed donors as the majority of the users.

Charity regulation requires a continual balancing of a diverse range of well targeted and context-specific strategies. Magic bullets, and particularly those based on an ideological approach rather than evidence, are doomed to fail.

Donors are only a part of the balancing act. Strategies for putting the worst of the worst charity rogues’ heads on sticks at the market square entrance, educating volunteers about how to comply, building giving norms and cultures, nudging and modelling compliant behaviours, licencing, auditing, accreditation and co-opting various third parties (including donors) to assist in achieving your regulatory objectives are all required in appropriate measures at the right time.

The biggest bang for the regulatory buck is currently with those closest to the action – the board and committee members who are appointed to act in the best interests of the mission of each charity.

Employing regulatory strategies to make them sensitive to the needs of donors, funders, and people who use their services is a winner both in enduring compliance and cost-effectiveness for all actors.

The commissioner should not overlook that the ACNC Act specifies that the ACNC is to reduce unnecessary red tape and support and sustain a robust, vibrant, independent Australian not-for-profit sector.

The commissioner’s political experience and nous are well suited to wrestling state and federal agencies to the table to clear away the dross of forms, fees and particularly WA’s prohibition of charities collecting from donors passing by in stage coaches (an indicator of the need for updated charity legislation in anyone’s language).

KPI Three – Having all states and territories use the ACNC register as the single point of truth, fix fundraising, having government funding agencies adopt the Charity Passport, and the National Standard Chart of Accounts for small charity funding acquittals.

About the author: Emeritus Professor Myles McGregor-Lowndes OAM was the founding director of The Australian Centre of Philanthropy and Nonprofit Studies (ACPNS) at QUT. He has written extensively about not-for-profit tax and regulation, NFP legal entities, government grants and standard charts of accounts as a means of reducing the compliance burden. He is a founding member of the ATO Charities Consultative Committee and the Australian Charities and Not for profits Commission Advisory Board. In June 2003, he was awarded a Medal of the Order of Australia (OAM) for service to the community by providing education and support in legal, financial and administrative matters to nonprofit organisations. 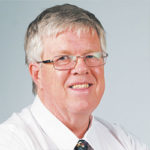 Myles McGregor-Lowndes is with the QUT Business School and the former Director of The Australian Centre for Philanthropy and Nonprofit Studies. he is a member of the ACNC Advisory Board.