The Charity Sector is Stronger When it Works Together

5 February 2018 at 4:37 pm
Paul Ronalds
Endless charities cannot expect to keep shaking a tin at passers-by on the street corner and hope to remain relevant. We must start working together more effectively, writes Save the Children Australia chief executive officer Paul Ronalds.

Print
The Charity Sector is Stronger When it Works Together
5 February 2018 at 4:37 pm

Endless charities cannot expect to keep shaking a tin at passers-by on the street corner and hope to remain relevant. We must start working together more effectively, writes Save the Children Australia chief executive officer Paul Ronalds.

There are more than 600,000 not-for-profit organisations in Australia. More than 50,000 of these are charities.

Ten new organisations are created each business day, according to the Australian Charities and Not-for-profits Commission. That’s almost one for every 40 Australians.

To put it simply, there are too many.

Charities have been the backbone of a compassionate Australian society since the Benevolent Society was founded in the 1800s.

They fill the gaps left by governments and the private sector, and strive for a better world for all.

In total, they employ more than one million people, account for more than 5 per cent of GDP and are growing faster than any other sector.

In other words – not for profit is big business.

But the health of this critical sector is not as rosy as these numbers would suggest.

In response, it’s vital that the sector follows the lead of other industries under pressure to change and increase the pace of innovation.

Just as the media sector, for example, has sought to adapt, so too must the charity sector reimagine itself to survive.

Endless charities cannot expect to keep shaking a tin at passers-by on the street corner and hope to remain relevant. We must start working together more effectively.

Now that the Royal Commission into Institutional Responses to Child Sexual Abuse has handed down its findings, highlighting the horrific prevalence of child sexual abuse in Australian institutions, it is more critical than ever for the community sector to work together to address our community’s child safeguarding and child protection challenges.

We all have our work cut out for us.

In an environment of constrained resources, the effectiveness that can be harnessed from improved economies of scale must be part of the solution.

To do this, Save the Children is exploring a range of partnership options.

We have entered into joint ventures such as the Humanitarian Leadership Programme with Deakin University and the First 1000 Days childhood development initiative with the University of Melbourne.

We also co-locate with other not for profits, such as Oaktree and the Centre for Evidence and Implementation, to create a “cluster effect” from grouping charities and to increase opportunities for resource sharing.

Recently, in a sector first, we participated with other aid agencies in a joint humanitarian appeal in response to the Rohingya crisis, which has so far raised nearly $5 million.

These collaborations have a powerful effect on the competitiveness and performance of each and every organisation.

We are also looking for opportunities to support other not for profits to grow through mergers. In late 2017 Save the Children announced its third such merger, with child abuse prevention agency Child Wise. Previous mergers have been with Hands on Learning Australia and Good Beginnings.

Like in the private sector, mergers in the not-for-profit sector happen for a range of reasons.

In the case of Good Beginnings, both organisations were offered the opportunity to improve the effectiveness of services in some of the country’s most disadvantaged communities.

Our merger with Hands on Learning allowed us to take a highly effective program that helps disengaged kids stay in school longer, to the next level. In the nine months since we merged, Hands on Learning has grown by more than 20 per cent.

The Child Wise merger offers the opportunity to significantly improve child safeguarding across our community. Child Wise will also be able to extend its training and consultancy services into the Pacific where abuse and violence against children is endemic.

Mergers are not about the large charities getting bigger. They are about organisations who are pursuing similar missions leveraging the same infrastructure to more effectively achieve their goals.

What this means for us is a bigger impact for the most vulnerable and disadvantaged children, both at home and abroad.

Mergers gives us access to the best of each organisation and we believe this is an opportunity many other charities should be considering.

Across the globe, donors are growing tired of being hassled by endless charities with similar causes, all seeking to alleviate complex social problems that in reality can only be solved by working collaboratively with one another.

It is increasingly evident that the charity sector is stronger when it works together and we need to redouble our efforts to do everything we can to ensure a safe future for children. There is no issue more important or urgent than the protection of society’s most vulnerable.

About the author: Paul Ronalds is the chief executive officer at Save the Children Australia. Twitter handle: @PaulDRonalds 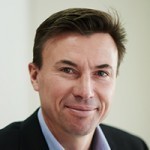