Listen and Learn: The Importance of Parking Our Prejudice

Print
Listen and Learn: The Importance of Parking Our Prejudice
5 April 2018 at 9:42 am

I was moved to write this piece after listening to Jon Faine’s interview with Carly Findlay last Wednesday. Carly is a blogger, writer, speaker and appearance activist who was on Jon Faine’s ABC Melbourne radio show to discuss micro-aggressions she faces regularly due to her disability.

Let me say at the outset that there were some confronting aspects of the interview and I wondered at times if Jon was not just as guilty of microaggressions as anyone else. His seeking of an answer in relation to the “worst question she had ever been asked” I found particularly confronting.

When Carly mentions that some people blurt rude things out to her, Jon asks, “Like what? What’s the worst you’ve ever had?”

Carly mentions that people ask, “can you have sex?”

Are you fucking kidding me, Jon?

Hey @abcmelbourne this is messed up.

At one point in the interview, Carly spoke about being approached by strangers saying they will pray for her, and highlighted how offensive she finds that. Jon, however, didn’t see this as problematic, instead saying no harm comes from comments like this, and encouraged Carly to take them as “good wishes”.

Carly fights against this damaging rhetoric every day, and often references the late Stella Young to reiterate her perspective, as she did in this interview. It seems pertinent to state that Stella lived by a certain mantra which she had tattooed on her inner arm: “You get proud by practicing”. The journey towards disability pride, said Stella, is long and hard and you have to practice every day.

We need to be making space for people with disability to get proud, rather than discrediting their life experiences and opinions, and forcing them to justify their perspectives.

Asking people if there is any cure to their disability is never a good idea.

What could seem an innocent enough question is actually laced with underlying judgements about accepting and embracing disability. It insinuates that there is something about a person with disability that requires “fixing”; an assumption that disability equals deficit and requires correcting.

I was impressed by Carly’s candour when she said she’s not willing to undergo medical interventions that may negatively impact her body in other ways. She then added she also doesn’t feel the need to change herself; she’s actually happy with the way she looks. Her subtle message: I’m happy with myself, and you may be the one with the issue.

Better listening and reflecting on Jon’s part could have resulted in a very different interview. I think this situation demonstrates that we can all afford to take a step back, and reflect on our own assumptions and prejudice surrounding disability.

People with disability have stories to tell if we are willing to listen. At several points throughout the interview, Carly reiterated that she simply wants be treated like everyone else. No better, no worse, the same.

To Carly, I would like to say thank you. It wasn’t the first time you were forced to justify your perspectives and experiences as a person with disability, and it won’t be the last.

I hope Carly takes solace in the fact that her words make a difference. Her courage in the face of uninformed viewpoints is valued by so many.

Every day I work alongside people fighting for true inclusion of people with disability. While we continue to make positive steps, it’s easy to feel downtrodden when we realise how far we have to go.

To gain real traction in this space, we need as many people speaking up as possible. We need to call out injustice when we see it. And with people like Carly in the fight, we will make a difference.

About the author: Bill Gamack has been CEO of disability employment not for profit EPIC Assist for four years, and is passionate about helping people with disability secure meaningful, sustainable work. Bill also has family experience with disability, and understands the challenges faced by job seekers and families in seeking the services needed to achieve success. 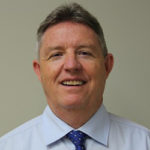 Increases to the minimum wage, drop in solutions and the high cost of doing business

The importance of ‘Healing’ in Refugee Week 2022