Some Tender Mercies, But Feds Fall Short of Full Support For Co-Ops

4 April 2018 at 8:31 am
Melina Morrison
The federal government must act to unlock the power of social care co-ops and empower caring millennial entrepreneurs, writes Melina Morrison.

Print
Some Tender Mercies, But Feds Fall Short of Full Support For Co-Ops
4 April 2018 at 8:31 am

Overseas experience has shown that the member-owned co-operative model is the most efficient, fair and ethical way to deliver human services like social housing, as well as disability, health and aged care.

Crucially, co-operative and member-owned enterprises also satisfy the desire of our caring millennial entrepreneurs to “give back” to the community because rather than a focus on making a profit, they permit members to focus on ethically delivering services to society’s most disadvantaged.

Last week there was good news for the co-operative community in Australia when the Productivity Commission’s report on human services made two crucial recommendations:

These recommendations are the first wobbly steps to bring co-operative and mutual organisations into the mainstream of Australian business.

What the report lacked was the necessary roadmap to put these organisations where they belong – at the heart of delivering social services in Australia as the NDIS behemoth comes online.

Right now it is extremely difficult to set up a co-operative or a mutual. If you were a young entrepreneur with the best will in the world and called your average (or even exceptional), accountant or lawyer, they would not have a clue how to help you set up such an entity – and the ASIC website is no help either.

Further, co-operative and mutual enterprises (CMEs) in the social space face red tape, obstructionism and barriers that regular businesses do not have to put up with.

For example, Tranby National Indigenous Adult Education and Training – a college that helps increase Aboriginal employment and career pathways – was not eligible for funding unless it was incorporated under another federal legislative regime, although the PC report pointed out the college could appeal for an exemption directly to the minister for Indigenous affairs.

Despite these barriers to setting up and operating, the member-owned model works so well that Australians are still opening up co-operatives and mutuals in niche markets or where customers are too thin on the ground to justify the risk for private enterprise.

In much the same way the Supporting Independent Living Co-operative connects NDIS participants, families and carers to help them establish their own family-operated disability care homes.

The worker-owner The Co-operative Life, was established five years ago to meet care workers’ need to find empowering and rewarding employment in out-of-home aged care.

And earlier this year, the South Australian and federal governments teamed up to launch the $47 million Early Childhood Early Intervention mutual.

In all of these cases the co-operative model enables employees and consumers to band together and bid for service delivery as owners.

The PC has taken a vital first step to move co-operatives and mutuals to the centre of the delivery of social services.

But, because the commission has not gone far enough, it is now up to the federal government to buttress those recommendations, by making it easier to set up a mutual and by removing red tape for operators.

The first steps in this direction have been taken with the federal government’s commitment to deliver on all 11 recommendations of the Hammond Review into access to capital for mutuals and co-ops. More such pro-competition measures are urgently needed to ensure our social care markets function properly in the interests of people.

Once that is done, we are standing by to help bring the nation’s accountants and lawyers up to speed and, most importantly, gear up the nation’s business community – in particular our young entrepreneurs – to meet the demand for social services for our most vulnerable and in need.

About the author: Melina Morrison is the CEO of the Business Council of Co-operatives and Mutuals. She previously headed the national Steering Committee and Secretariat that oversaw Australia’s International Year of Co-operatives (IYC) campaign. She is a founding director of the cooperative businesses advocacy organisation, Social Business Australia, established in 2009 to increase recognition of the added value of member based business in the national economy. For the last 10 years, Melina has headed media campaigns for peak co-op bodies including the International Co-operative Alliance (ICA). 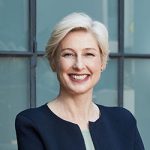 AGL is the new Kodak