A Dose of Reason, Perspective and Clarity

3 August 2018 at 2:59 pm
Mark Fowler
Mark Fowler, a partner at Prolegis Lawyers, makes the case against reform in the debate around charity advocacy.

Mark Fowler, a partner at Prolegis Lawyers, makes the case against reform in the debate around charity advocacy.

There has been a lot of recent interest in the Australian Charities and Not-for-profits Commission’s ability to revoke a charity’s tax exempt status for its political advocacy.

A law that can be wielded first against the environmental movement and then against Catholic Education Melbourne has almost unlimited entertainment potential. A law that can unite Tony Abbott and Bill Shorten in common outrage holds a decidedly unique prospect for reform.

However, for reasons beyond its pure entertainment value, I would like to argue the case against reform. In my view the debate could benefit from a small dose of reason, perspective and clarity.

First, reason. The reason why the law is in place is to stop the politicisation, and thus the delegitimisation, of charities. To allow groups with mere political motive to take charitable form would undermine confidence in the independence of the sector as a whole – our deconstructionist proclivities may have borne some fruit after all.

Second, perspective. If one accepts this correlation between charity and pure motive, then a boundary line between charity and partisan politics must be maintained. However, the threat of the loss of tax exemption can have a distinctly sobering effect on free speech. As charities exist to promote public benefit, precisely where the line is drawn can then have significant impacts on civil society freedom. Perhaps this is why the issue gives rise to such strong sentiments across all sides of the political spectrum.

Adopting an international perspective, a review of the law of Anglophone democracies reveals just how contentious this boundary line can be. During the height of World War One Lord Parker handed down the seminal English dictum that a charitable “trust for the attainment of political objects has always been held invalid… because the court has no means of judging whether a proposed change in the law will or will not be for the public benefit”.

More recently the English Charity Commission has declared a somewhat conciliatory position, recognising that, as “the independent nature of the charitable sector is of fundamental importance to society”, although “a charity cannot have a political purpose… political activity can be carried out by a charity to support the delivery of its charitable purposes”.

Much then turns on the distinction between “purpose” and “activity”.

Although imbibing the English common law, our revolutionary dissenting friends across the Atlantic have taken a vastly differing position, choosing to disqualify mere activity. In the US charities must “not participate in, or intervene in… any political campaign on behalf of… any candidate”. Although the bureaucracy has declared it will look to the percentage of a charity’s turnover, in the lead judgement Branch Ministries v Rossotti a charity lost its tax exemption for placing two newspaper advertisements critiquing Bill Clinton’s policy.

Notwithstanding the bureaucracy’s position, US law thus imposes a strict activity test, which renders even individual acts of critique liable to disqualification. Not having the numbers in the Congress to amend the law, earlier this year Trump signed an executive order prohibiting Treasury from taking “adverse action” against charities. How curious that the nation born of the revolution against non-representative state autocracy, what Tocqueville called the “most democratic country on earth”, should limit its civil society through such a blunt mechanism.

The contagion of contention has also spread to Canada, where as recently as last week the Supreme Court ruled that a tax agency imposed advocacy cap of 10 per cent of resources unconstitutionally burdened free speech. In doing so, the court upheld the prohibition on partisan activities. So the perspective gained through an international lens can help us attain to the third value I think is needed in the debate – clarity.

In Australia, clarity has been provided by the High Court. Perhaps exercising their own revolutionary spirit, in the 2010 Aid/Watch decision the court wielded the constitutionally protected “freedom of political communication” to overturn Lord Parker’s dictum.

In Australia charities can have a purpose of critiquing government policy, provided such is done in furtherance of their public benefitting charitable purpose. There is a boundary line: a charity cannot have a “purpose of promoting or opposing a political party or candidate”. Although the boundary must always be determined with regard to the whole circumstances of a charity’s operation, one-off or incidental activities (like those in Branch Ministries) are unlikely to amount to a purpose. Furthermore, the principles directing this boundary line are not novel – they are found in a longstanding and developed tradition in the common law of charities that guides the identification of independent non-charitable purposes.

Setting the boundary at an organisational purpose of supporting or opposing a political party more adequately walks the line between inviting charities’ contribution on policy and protecting their legitimacy as independent, non-partisan players in a democratic polity.

Tax exemption sends the message to charities that your contribution to our common weal is sought, so much so that we are willing to subsidise it. Conversely by tying exemption to a strict “no political comment condition” the State risks the allegation that not only does it not want the comment of charities as to what comprises the common good, it will wield the threat of financial impost against any such offering.

US Chief Justice Marshall’s claim in McCulloch v. Maryland (1819) that “the power to tax is the power to destroy” comes to mind, to the extent he might be channelling that quintessential American (and distinctly Bostonian) loathing of tea.

The role of charities in pursuing their vision of the common good is fundamental to the great contest of ideas that characterises a flourishing democracy – this requires competing visions, and at times, challenges to the State, especially in the name of charitable good.

In my view, while there may be a case for reform elsewhere, in many respects we lead the world on the question of advocacy by charities.

About the author: Mark Fowler is a partner at Prolegis Lawyers and an Adjunct Associate Professor at Notre Dame Law School in Sydney. 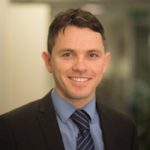 Mark Fowler is a partner at Prolegis Lawyers and an Adjunct Associate Professor at Notre Dame Law School in Sydney.