Facebook Political Advertising Restrictions: What You Need to Know

Print
Facebook Political Advertising Restrictions: What You Need to Know
23 January 2019 at 12:35 pm

Facebook is planning new restrictions on political advertising in Australia.

While it is unclear whether the policy will be in place before 2019’s federal election*, a global rollout is planned for June – just in time to potentially impact the biggest fundraising period of the year.

The new restrictions – which are already in place in the US, UK, Nigeria and Brazil – apply to advertising that deal with issues of political or “national importance”.

Currently these definitions are so broad they could disrupt advertising for every not for profit and news media organisation in Australia.

Here’s what you need to know:

You will need to register as a political advertiser

Once the restrictions go live, if you are a charity or not for profit, you will have to register as a political advertiser. If you don’t, you might find your ads are rejected.

To register, you will need:

Once you’ve registered, you’ll have to wait for a confirmation code to arrive in the mail. In the meantime Facebook will provide you with a temporary confirmation.

Once registered, your ads will have an additional layer of transparency applied to them

Every advertisement that meets Facebook’s criteria will feature a line which states that the advertisement is paid for by your organisation.

Facebook will also include your ads in a publicly-accessible, searchable database. This allows anyone to look up the creative and media spend for any of your political advertisements. (An excellent market research tool to see what other charities are doing).

Facebook is trying to save face after revelations that Cambridge Analytica used its platform to influence the last US election. Ultimately, they need to regain the trust of their users in order to keep their business model (selling ads) afloat.

But my ads aren’t political or of national importance?

Facebook hasn’t been particularly transparent about the definition of “political” or “an issue of national importance”.

In the US, media organisations were caught off-guard when their advertisements began to be rejected en-masse. Facebook’s original policy was to treat news articles about politics in the same way as advertisements designed to specifically influence politics.

Pareto Fundraising has worked with charities in the US whose advertisements have been rejected, despite their campaigns having no obvious political content. We have sought clarification for these decisions, but it has not been forthcoming.

It appears that Facebook is currently in their own learning phase and are erring on the side of caution.

So, should I panic now?

Pareto Fundraising digital advertising manager, Leonard Coyne, has dealt with these issues first hand. Here’s what he has to say about his experience:

“Registering as a political advertiser is relatively straightforward.

“Facebook has no issue with political advertising per se, however it does require that the advertiser have a physical address in the country in which it is advertising.

“For charities advertising only within Australia this presents essentially no issues.

“However, if an Australian organisation is advertising outside Australia, this presents additional challenges. The organisation must register to run political advertisements in the countries to which the ads are targeted.”

So just keep your eye out for when these changes go live and you should be fine.

(* SBS suggests the policy won’t be rolled out before the Australian Federal Election, but reports from ABC News, TechCrunch and Reuters say Facebook haven’t made a final decision.)

This article was first published on Pareto Fundraising’s website.

About the author: Lachlan Dale is a digital strategist at Pareto Fundraising. 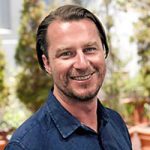 Lachlan Dale is a digital strategist at Pareto Fundraising.