The federal election campaign is over: what did we learn?

26 May 2022 at 7:45 am
Lex La Sala
For communicators, the federal election campaign trail highlighted the tactics that work and those that don’t. Account director at Fifty Acres Lex La Sala, shares her reflections on this year’s campaign, and how these lessons can inform better communications strategies.

For communicators, the federal election campaign trail highlighted the tactics that work and those that don’t. Account director at Fifty Acres Lex La Sala shares her reflections on this year’s campaign and how these lessons can inform better communications strategies.

As a dedicated publicist, it’s in my DNA to watch the publicity tactics of others very closely. To see what works, to see what doesn’t, and to apply these learnings to my own craft. This year’s election campaign felt like Christmas for those watching through a PR lens.

Throughout all of the blunders, we were reminded exactly why we do what we do. Beyond that, we were provided with direct insight into the sorts of methods that we should implement into our strategies and, crucially, the ones that we shouldn’t.

Now that the election is over, and Labor have come out on top, here are some of the key trends that I’ve picked up on in this year’s campaign trail: what achieved impact, what completely missed the mark, and what to consider when telling your stories.

Clever and appropriate use of social media

The federal election was unquestionably inescapable, and not only in traditional formats like television and radio. A quick scroll through TikTok or Instagram enveloped you in political messaging, and campaigners evidently tried their hardest to tap into digital trends as a means to get noticed.

The Greens embarked on a strategic journey to attract younger audiences through memes, aesthetic infographics, and screenshots of supportive DMs. Such efforts achieved virality, and the party was praised for their ability to make impact quickly and in a way that was easy to digest. With eyes on a specific market, the Greens also advertised on Grindr, tapping into their long legacy of supporting the LGBTQIA+ community.

With a similar goal to engage the younger community, Pauline Hanson opted for South Park-inspired cartoon explainers on her Instagram. However, she was scrutinised for peppering these videos with false claims and racist tropes, and some of the videos were removed from multiple social media channels.

In an unexpected move, the Liberals shared a one-hour guided meditation for their Facebook and YouTube followers, but little attention was paid to it, with only a few thousand views on each platform. In comparison, Labor kept it simple with paid ads across the Facebook network.

It’s not a hot take that we live in a rapidly changing world and, therefore, our communications tactics have to adapt accordingly. However, this election proved that if you aren’t properly aligning your messages with online trends, you’re likely falling behind.

The takeaway: in a digital world, it’s sink or swim – but you must swim with the current.

Repetition in messages and connotations in narratives

To nobody’s surprise, a bulk of the narratives in this year’s federal election campaign were scathing attacks on other parties. In an attempt to capture the attention of undecided voters, our television screens were saturated with jingles and rhyming taglines – which isn’t exactly a groundbreaking theme for an election campaign. To drive impact, parties were singing alliterations and phrases from their rooftops, and opting for words that evoke specific feelings.

Labor, over and over again, underlined Scott Morrison’s previous deflections (“it’s not my job”), and opted for short, sharp, and to-the-point messages in their ads: a repetitive sentiment that obviously worked.

The Greens, in comparison, sprinkled their messaging with words like “hope”, “change”, and “balance” as a vouch for fairness, with a focus on grassroots campaigning methods.

The Liberals pivoted their attention to bringing down the opponent by attempting to appear as the most logical vote, warning audiences: “don’t risk our recovery”.

Meanwhile, the United Australia Party produced a painfully catchy theme song and plastered the word “freedom” on bright yellow posters around the country, in an approach that’s reminiscent of Trump’s America.

A common thread amongst all is that words like “our”, “we”, and “us” were absolutely everywhere. But which messages actually achieved any success in such a cluttered market? It seems that audiences were conflicted during the trail, with reservations surrounding truthfulness and criticisms of forgetting women’s needs entirely.

The takeaway: short, snappy, inclusive, and memorable comms are here to stay! However, you must trial out different types of messages to ensure that: a) authenticity is shining through and b) every audience segment is considered.

The unwavering importance of media coverage

While an unbelievable amount of attention was directed at the “blunders” and “gotchas” of the election campaign, there were a handful of media appearances that have reminded us just why media coverage is such a crucial part of telling stories.

In a recent interview, Anthony Albanese brought Grace Tame to tears as he described his close bond with his mother, and successfully carried a rhetoric grounded in compassion and empathy throughout his entire campaign.

Scott Morrison made it his mission to appear in every mainstream media outlet available – even if it meant subjecting himself to “brutal takedowns”. Throughout all of them, there was an obvious intention to weave in messages of Albo’s undeservedness wherever he could.

Independents across the country have made some noise by offering insight into their unique experiences and how Australian politics should be restructured.

Adam Bandt has opted for intimate and candid one-on-ones, with emphasis on clear, concise, and comprehensible language, and has made headlines for his abrupt honesty.

In essence, political leaders were everywhere during this trail. Every campaign strategy was embedded in a goal to land as much media coverage as possible – to reach more eyeballs, to disseminate key messages repeatedly, and to tell stories in their most compelling way.

The takeaway: public relations must be a key component of your communications strategy – media coverage cannot be overlooked. To avoid blunders, prepare your spokespeople with media training and memorise three or four key messages that you want the audience to remember.

If you need help with a strategic communications strategy, PR outreach or government engagement, get in touch with Fifty Acres on 02 6281 7350 or visit fiftyacres.com.au/ 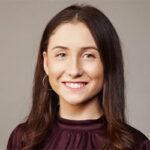 Lex La Sala is an account director at Fifty Acres.