24 March 2022 at 7:00 am
Mobinah Ahmad
Mobinah Ahmad, account director at Fifty Acres, warns that neglecting multicultural media in favour of mainstream placement comes at a cost.

Print
Multicultural media is a strong engagement lever, not a gimmick
24 March 2022 at 7:00 am

In the land of public relations, everybody aims for tremendous reach. Most of the time, that means mainstream media. However, communicators often forget that the type of audiences you reach matter – the old “quality versus quantity” debate.

As a communicator, it confuses me when others in my field palm off multicultural media as insignificant. This outdated contention does a great disservice to the Australian landscape and means that crucial audience segments are not being met with messages.

Multicultural media can achieve something that mainstream media cannot. It provides and caters to a range of diverse voices and communities, and those with different backgrounds – such as migrants who now mistrust mainstream news – are more likely to engage with media appropriately tailored to the unique aspects of their lives.

The global pandemic reminded us that culturally, linguistically, and religiously diverse communities don’t engage with – or trust – media in the same way as other audiences. Australia’s history of mis-representation, racist and dangerous reporting has created widespread scepticism toward conventional news channels. Examples are never far away: consider the racialising of Melbourne’s “African gang problem”, where the media have consistently targeted and vilified the South Sudanese community, eliciting an “Apology of the Year” recognition by ABC TV’s Media Watch. Such media efforts create a dangerous potential to tarnish communities, encourage further discrimination and violence, and disastrously impact social cohesion.

Multicultural media has often been labelled a small initiative, lacking the style of mainstream reporting – it is underfunded, and usually run on a volunteer basis. It’s seen as a “cute” service for nostalgic migrants, as a means of segregating people into cultural ghettos of communication, or simply tacked on as a “nice to have” on communications plans.

However, this is a gross misrepresentation of the powerful force that is multicultural and community-focused media.

Media that is community-focused and community-centric is developed in an appropriate, respectful, and impactful fashion. Through mediums like print, radio, videos and online news, community initiatives are translated to the right audiences.

Community initiatives employing these mediums are used to discuss problems, and offer solutions faced by diverse communities, with adequate consideration for their cultural, linguistic and religious backgrounds and values. Through an array of opportunities, multicultural media allows you to connect meaningfully and effectively with different groups in a way that mainstream media cannot, or will not.

So, the next time you are planning a communications campaign, consider the following.

1. Australia is a country rich with diversity and culture, it is an oversight to not cater towards the many communities within our country.

Australia has a long history of multiculturalism and is now home to Australians who identify with over 270 ancestries. Over 7 million people identify as coming from culturally and linguistically diverse backgrounds. Over one quarter of Australia’s population was born overseas. This rich, culturally diverse population is one of our greatest strengths in illustrating successful and harmonious multiculturalism. Australia has one of the highest numbers of migrants in the world and the highest immigration rates – accounting for 30 per cent of the world’s population, the greatest proportion among western countries.

Multicultural media dates back to the 1800s in Australia: the first non-English language newspaper published in Australia was a bi-lingual German newspaper. Subsequently, there were radio commercials in the 1900s that led to the foundation of the Special Broadcasting Service (SBS). Their contemporary tagline, Six Billion Stories and Counting, reflects the value of SBS’s extraordinary efforts to the Australian multicultural media landscape for its cultural and creative diversity.

Today, the multicultural media landscape has expanded to over 100 community radio stations, in over 100 languages and media organisations from different cultural and religious groups, that broadcast news in print and online, in English and other languages.

2. Multicultural media is a tremendous opportunity for mindful and appropriate messaging.

Multicultural media channels have developed historically to become more mindful, influential, dynamic and pervasive in the Australian media landscape. It ensures that there is more authenticity in stories and media reporting.

Community-focused outlets and channels can facilitate a sense of belonging and social cohesion among first and subsequent generation-migrants, and drive further connection between migrants of CALD backgrounds and other social groups, especially in their local communities.

Over time, multicultural media outlets have taken matters and public affairs into their own hands, finding ways to tell their stories in their own words, empowering their community by speaking up for themselves.

Years ago, the narrative was only one viewpoint. Today, multiple viewpoints, perspectives and opinions are now shared across print, radio, video, and online, underscoring the importance of freedom of speech, and our privilege to have it in Australia.

By providing diverse and unique communities with trusted media, we can ensure that they don’t miss crucial information, while highlighting to the general Australian public that different cultures and communities face various issues – from systemic racism and discrimination – to limited access to vital resources.

3. Multicultural media fills in the gaps that mainstream media overlooks.

Through multicultural media, we are provided the opportunity to access untapped networks comprising organisations, initiatives and – most importantly – people. There are entire audiences rich in cultural diversity, background and history that aren’t consuming or appearing in mainstream news. Incredible stories are getting missed, important audiences are being ignored, and your campaign efforts are lacking a more well-rounded, inclusive and holistic approach to communications.

Off the back of the pandemic, it is unsurprising that Australians are gradually becoming more selective in their news, turning away from mainstream sources. Globally, only one in two people trust the media, with this metric in Australia experiencing one of the biggest drops over the last year.

It’s thus undeniable that community-specific media wields a unique power. Its unbiased, sincere, nuanced and grassroots reporting means that more Australians will opt for such channels. It offers a significant and meaningful contribution to the Australian media landscape.

As multicultural media continues to expand rapidly, the quality and content of these outlets has been noticed nationally in the last decade. The Australian government, in each state, has Multicultural Media Awards to showcase excellence in sharing stories and news in multicultural media outlets operating on limited budgets. The awards recognise the valuable contributions from multicultural media platforms that promote a united, harmonious and inclusive society.

As managing editor for AMUST News, Mobinah Ahmad was a finalist for the Young Journalist of the Year at the NSW Premier Multicultural Media Awards, along with AMUST News receiving Best Commentary of the Year, Photo of the Year, Media Outlet of the Year, Best Print Publication, Best Print Report, and Lifetime Achievement Award for their editor in chief.

If you need help with reaching multicultural media, government engagement, or assistance with a strategic communications strategy or PR outreach, contact Fifty Acres on 02 6281 7350 or visit fiftyacres.com.au/. 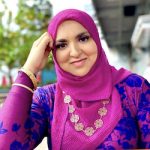 Mobinah Ahmad is an account director at Fifty Acres.

How to supercharge your Christmas campaign

Keeping calm and carrying on: When a PR crisis hits