25 March 2019 at 8:35 am
Marilyn Jones
Experienced recruiter Marilyn Jones highlights some of the reasons why you need to be gracious, even in rejection.

Experienced recruiter Marilyn Jones highlights some of the reasons why you need to be gracious, even in rejection.

So, you get to interview for a great role. You are really excited about this opportunity. You think you are the perfect match!

The hiring manager then calls me, and I have to tell you that unfortunately you were not successful in progressing to the next step, or getting the role.

How do you react?

Although most people are okay, some examples of what I have had to deal with include:

Of course you are disappointed, however hopefully you have received some feedback from the client via me, on the reasons why and you can then address that area for next time.

This is the part of the role that I do not enjoy at all, however there is normally only one person that can fill a role.

Recently I had a client ring back and the candidate I had placed was unable to take on the role. It had all been signed off over champagne just the week before. However, he was offered an opportunity internationally that he and his family could not refuse and he accepted.

Bad for the hiring company but a great opportunity for the candidate.

The hiring company asked me to take another look at the candidates that had been interviewed.

Of the runners up, one had been incredibly rude. His skills matched and his experience was great, however the way that he had taken the “no” earlier that month had been rude and abrupt.

I had found that his attitude was incredibly negative, and he had made a comment that the client essentially “did not know what they were doing” by not taking him on.

So, do you think I would consider him in the next round?

In the past, I have mentioned that you are being “interviewed” all the time, and that soft skills are equally important to clients.

The candidate’s soft skills, inferred to me in that moment, were exactly the opposite of what my client was looking for, and therefore he would not be suitable in a management role.

Communication: I was thinking this person would cause conflict and problems in the way they spoke with their colleagues and people.

Emotional Intelligence: They did not self-regulate their emotions and showed a lack of respect for what had been a highly thorough and professional interview process from my client.

People have to move on from a role or not accept an offered role for many legitimate reasons.

Just make sure that you maintain your composure the next time you get a no, or you may end up regretting it.

About the author: Marilyn Jones is an executive recruiter experienced in resourcing staff for companies and assisting individuals with their careers. Working for both niche and multinational recruitment organisations, Jones has worked across multiple sectors in many industry and business sectors both in Australia and the UK.

Each fortnight Marilyn Jones will be exploring topics that are relevant to your career journey. She will be providing advice for job seekers entering and moving within the social sector. If you’d like insights into a particular topic, please email olivia@probonoaustralia.com.au.

Please note the views expressed are the opinion of Marilyn Jones and do not necessarily reflect the views of Pro Bono Australia, its staff or contributors. 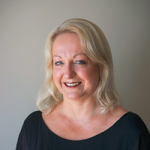 Marilyn Jones is an executive recruiter experienced in resourcing staff for companies and assisting individuals with their careers.