How do we create a workplace where it feels safe to have a discussion about performance?

24 October 2019 at 8:36 am
Leanne Hart
An honest discussion about performance expectations can be a positive and rewarding experience and an important part of personal and professional growth, writes The Xfactor Collective specialist member Leanne Hart, in our weekly Collective Insights column.

Print
How do we create a workplace where it feels safe to have a discussion about performance?
24 October 2019 at 8:36 am

An honest discussion about performance expectations can be a positive and rewarding experience and an important part of personal and professional growth, writes The Xfactor Collective specialist member Leanne Hart, in our weekly Collective Insights column.

It’s almost that time of the year – a time that can fill team members with dread. They hear the words “performance review” or “annual review” and their minds immediately jump to thinking about the negative. But does it really have to be that way?

What if instead of focusing on performance discussions as a negative experience, we focus on creating a workplace where it feels safe and OK to talk about performance anytime, anywhere and with anyone in the team?

“The fear of a difficult discussion outweighed the potential benefits for both of them.”

Humans are a strange bunch and they react in very human (ie unexpected) ways when they are placed in the vulnerable position of having someone assess what they do and how they do it.

A few years ago, I worked with a team member who was not delivering on key tasks in a way that her manager wanted. Her manager was uncomfortable giving feedback, so rather than having a conversation about her performance on certain tasks, he chose to ignore it and got increasingly annoyed when she wasn’t meeting his expectations.

The manager agreed that he needed to share some very specific feedback, with examples, and seek to understand her perspective. The team member had very high expectations of herself and took a lot of pride in what she did, so it was no surprise that the constructive feedback came as a shock and resulted in a lot of tears. But it also did something very important – it gave her the clarity that had been missing. I distinctly remember her telling me: “If only he had told me earlier. I would have known what he wanted, and I could have changed the way I did things”.

When the manager and I talked about it afterwards, he explained that his own performance discussions had always been a one-way process and largely a negative experience which he still carried the scars from. In his mind, the fear of a difficult discussion outweighed the potential benefits for both of them of providing regular, honest feedback to his own team member.

Organisations with a healthy culture of giving feedback are more easily able to foster a safe space through talking openly, often and setting the expectation that feedback is shared as part of ongoing development, not as criticism.

Here are three ways you can create and nurture your performance culture:

People are generally the biggest expense of an organisation, so it’s worth investing in the discussions and the outcomes by giving them the time they need/deserve. Create a space that allows team members to talk about, learn and develop from their wins and challenges.

A respectful performance discussion is healthy and will be remembered long after the weekend, so take the time to ensure it is a meaningful contributor to personal and professional growth.

About the author: Leanne Hart is an experienced people/culture specialist and a foundation member of The Xfactor Collective social impact community. 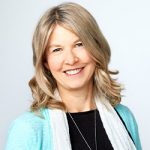 Is it a good idea for NFPs to recruit over the Christmas period?

Why the ‘great resignation’ can help you find a better job

Are you including your headshot in your CV? Think again