5 October 2020 at 6:28 pm
Brendan Coates
Continuing our series exploring the role that housing can and should play within Australian society, Brendan Coates shares his thoughts on why the challenge of housing vulnerable Australians is not insurmountable if governments make the tough choices.

Continuing our series exploring the role that housing can and should play within Australian society, Brendan Coates shares his thoughts on why the challenge of housing vulnerable Australians is not insurmountable if governments make the tough choices.

All Australians are spending more of their incomes on housing, but high housing costs are hurting low-income earners the most. Many vulnerable Australians are in poverty and a growing number, both young and old, are homeless. The housing affordability crisis is widening the gap between rich and poor.

Governments need to do more to help house those most in need. But housing subsidies are expensive and government resources are scarce, so our politicians need to prioritise to do the most good with the money they have. This means making hard choices.

Many low-income Australians are capable of securing housing privately. But housing will only become substantially more affordable if we build more of it. Our major cities have not built enough housing to meet the needs of Australia’s growing population. As a result, house prices and rents are higher than they should be.

State governments should step in and fix planning rules that prevent more homes being built in inner and middle-ring suburbs of our largest cities. That means resisting the worst of NIMBYism. Density done well is the key to affordability – it means our younger generations are able to buy a home, and seniors are able to downsize in the suburb where they live.

Reforms to Australia’s social safety net could also stop many low-income Australians from falling into poverty and housing stress. Commonwealth Rent Assistance has not kept pace with the rents low-income earners have to pay. It should be boosted by 40 per cent. And the permanent rate of the JobSeeker unemployment benefit should be increased by at least $100 a week.

These changes could pull many vulnerable Australians out of poverty, but they wouldn’t be enough to ensure all had a roof over their heads. Which is why the federal government should build more social housing, replicating the success of “housing first” programs abroad.

Despite its importance to vulnerable Australians, our governments have invested little in social housing in the past two decades. The stock of social housing has barely grown, while our population has risen by one-third.

One of the few good things to come from the public health crisis caused by COVID-19 is that it has forced government to conduct an unplanned trial of a “housing first” approach. Many people who were sleeping rough were given hotel vouchers, to help them socially isolate through the crisis. By one estimate, the number of rough sleepers fell by 60 per cent almost overnight.

The COVID-19 crisis makes the case for investing in social housing even more compelling.

Australia is in the midst of its worst economic crisis in at least three decades. Construction employs almost one in 10 Australian workers, but the Housing Industry Association (HIA) predicts that in this financial year new starts on multi-unit dwellings will fall by one third in New South Wales and nearly half in Victoria.

Consulting company McKinsey estimates the construction sector shed 46,000 jobs between the start of the pandemic and the end of June. It predicts job losses could hit 205,000 by March 2021. The federal government’s HomeBuilder program is inadequate for the challenge at hand.

Australian governments should urgently invest in more social housing as a stimulus for the construction industry. Building 30,000 new units would cost around $10 billion, and the boost to the economy would be almost immediate. After all, it’s much easier to build a five-storey apartment building than to try to build a tunnel under the Yarra River.

Housing vulnerable Australians poses substantial policy challenges. Past governments have refused to face up to the size of the problem for fear that doing so would fuel demands for massive new spending. But the challenge is not insurmountable if present governments make the tough choices.

This article is part of the series Housing all Australians, which intends to draw on a range of perspectives centred around housing and homelessness. We will hear a range of views from business, the not-for-profit sector and hopefully government, as to why they believe housing is an important social and economic building block for Australia’s future prosperity. 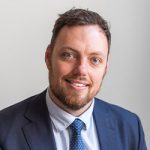 Brendan Coates is director of the Household Finances Program at Grattan Institute.