2 December 2020 at 6:47 pm
Cameron Harvey
The pandemic has shown us that we can move quickly to house the homeless when it is prioritised as a community concern, writes Cameron Harvey, as part of a series exploring the role that housing can and should play within Australian society.

Print
The time is right for the public and private sector to come together to solve homelessness
2 December 2020 at 6:47 pm

The pandemic has shown us that we can move quickly to house the homeless when it is prioritised as a community concern, writes Cameron Harvey, as part of a series exploring the role that housing can and should play within Australian society.

There are many causes of homelessness in Australia but, to date, as a society we have been unable to force the right government policy settings to promote solutions to one of the most pernicious conditions that plague our society.

The pandemic has shown us that we can move quickly to house the homeless when it is prioritised as a community concern. The speed with which Melbourne’s homeless community was temporarily housed in all manner of accommodation throughout the greater CBD, whether it be vacant hotels, emergency accommodation and the like, was revealing.

The drivers for this were a desire to protect a vulnerable group of people from infection, but also to meet the societal need of ensuring there were no gaps in the isolation and lockdown of our community in order to try and manage the spread of the virus.

Those short-term measures are unravelling as I write, but that doesn’t mean we cannot still make progress. The government, private sector, local government and the community at large should combine to create solutions. The challenge is to create the appropriate conditions to allow the right government policy levers to be pulled and the engagement of the business community to be encouraged, such that long-term, acceptable solutions to homelessness in this country can be implemented.

It is incumbent on any fair minded, reasonable and considerate community such as ours, to apply itself to delivering solutions to this problem.

To date it is apparent that:

Good communities, particularly those with relative high levels of wealth and education, should and must look after those within their community who, for whatever reason, find themselves without the most fundamental of needs, a safe home.

This is a unique moment in our history. We are starting to emerge from a pandemic, we have a government that appears to be willing to engage in Keynesian style intervention in the marketplace to force economic growth (in particular through the infrastructure sector) and we have historically low costs of finance. This not only provides great investment incentive to the private sector but also allows the government to continue to spend and increase its deficit without major financial risk in the short to medium term.

A structured program between federal and state government should seek to:

In late November, the Victorian government announced a public housing program of some significance – if it is delivered as promised. A substantial number of public houses supporting those on no income and those on low incomes in a regulatory fast tracked environment is certainly a positive step forward. The economic multiplier effect of this type of investment through the broader community will be very well received as well.

There has probably not been a time quite like this when the political, social and economic environments have collided in a way that allow an atmosphere of genuine collaboration between the public and private sector to ensure that major programs are undertaken to dramatically increase the supply of government and privately affordable housing for not just this generation but for generations to come. The benefits will impact every level of society.

This article is the fifth of a 12-part series, Housing all Australians, which intends to draw on a range of perspectives centred around housing and homelessness. We will hear a range of views from business, the not-for-profit sector and hopefully government, as to why they believe housing is an important social and economic building block for Australia’s future prosperity. 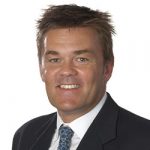 Cameron Harvey is a partner at lawyers Norton Rose Fulbright.