29 March 2021 at 5:15 pm
Jordan O'Reilly
Hireup’s CEO Jordan O’Reilly weighs in on the debate around the treatment of people working through tech platforms and offers a glimpse of how regulated, flexible employment could work across the board.

Hireup’s CEO Jordan O’Reilly weighs in on the debate around the treatment of people working through tech platforms and offers a glimpse of how regulated, flexible employment could work across the board.

Earlier this month Uber in the UK accepted the inevitable. Having lost a Supreme Court case in February to a small group of drivers who argued they were workers, not contractors, the company formally reclassified all 70,000 drivers in its fleet. UK Uber drivers are now entitled to minimum wages, paid holiday and pension payments. The case is reverberating around Australia’s “flexible economy”. What implications could it have here?

A Senate inquiry into job security and the risks of insecure, precarious work begins its public hearings in April. Companies that offer flexible work through online platforms have never been under such scrutiny.

I should know. I run one of them.

But my company – in the disability support sector – offers a glimpse of how regulated, flexible employment could work across the board. That’s right: “employment”. Proper employment.

To many – too many – online work platforms have become synonymous with independent “contractors” working “gigs”. Flexibility for consumers and workers is seen as one side of the coin. On the other is near-zero labour regulation.

But no such coin exists. Flexible work arranged through online platforms does not need to be done by contractors with few entitlements or rights. In some sectors, in some circumstances, contracting might be appropriate – if power is genuinely shared between a platform, its worker and its clients. But that should be the exception, not the rule.

Technology – alone – is no excuse for a de facto expectation of precarious, insecure work on behalf of companies claiming not to be employers.

Online platforms are here to stay. Consumers love them for their convenience and – with bricks-and-mortar and middlemen removed – their prices. Workers love them because they are easy to use and allow flexibility. People decide their own hours, even – in my sector – their own clients.

But there is a way of combining all the flexibility of an online platform with all the rights of employment.

Don’t believe those who say it can’t be done. It can. My company is doing it.

Our workers – support workers for people with disabilities – are employees. Not contractors, but employees who work flexibly through our technology platform. They arrange how much they work and for whom. When they work they are paid by us, as their employer. Their wages are governed by an award set by the Fair Work Commission. It requires 25 per cent casual loading, overtime pay and penalty rates for weekends and public holidays. Our employees are covered by workers compensation insurance and accrue long-service leave; we organise and pay their income tax. We pay superannuation and state payroll taxes too. And for workers who have fixed work patterns and want employment permanency, we’re trailing that now. Why wouldn’t a company commit – mutually – to its employees?

Committing to the spirit of the law is as important as the letter. Following both is the right – and frankly moral – thing to do. It also builds a trusting and loyal workforce. That’s good for customers, and that’s good for business.

Our workers are employees in the true sense of the word. They get all the hard-won rights, benefits and entitlements employees have had for years. In fact, all that’s different between us and respectable employers of the past is technology. Values, principles and obligations endure.

Some suggest the enemy is casual work. That’s wrong. It’s been around for decades. As long as rights are respected and flexibility works for both employee and employer, it will be for many more. The real enemy is the practice of disguising employment as independent contracting. Down that path lies the collapse of the social contract and – as we’re now seeing so often with the injuries and deaths of food-delivery riders on city streets – individual tragedy.

There is another path. Flexibility and technology are fully compatible with formal employment and worker rights. It shouldn’t need courts in other countries to tell us that. 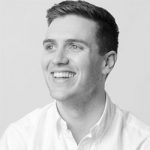 Jordan O'Reilly is co-founder and CEO at Hireup.

These are the in-demand roles for 2021

The future is female... and remote: How virtual workplaces are rewriting the narrative

Backgrounds and bonuses: What do we know about not-for-profit leaders?