Why we need to raise the rate

4 March 2021 at 8:39 am
Cassandra Prigg
An increase in JobSeeker to $80 a day would change a young person’s life and their future – the problem is that politicians lack the willpower to make this happen, writes Cassandra Prigg.

An increase in JobSeeker to $80 a day would change a young person’s life and their future – the problem is that politicians lack the willpower to make this happen, writes Cassandra Prigg.

The COVID-19 pandemic has been a time of great uncertainty for many people in Australia and around the world as we contend with job losses, isolation, illness and an uncertain future. But for me and many others on JobSeeker and associated payments, 2020 brought an agonisingly brief reprieve from the daily grinding poverty many of us have endured for years and even decades.

For the first time in my adult life I was able to save money, buy fresh healthy food, book in much needed dental healthcare and purchase non-PBS medicines. But it has been bittersweet because we know that without significant pressure this government will never find the moral fortitude to fully support our most vulnerable citizens by permanently raising the rate to a liveable $80 a day.

As someone who has campaigned on this issue for a number of years I am more familiar than most with the tired and disingenuous talking points of this Coalition government: they don’t want to provide a disincentive to work. A base rate of $80 a day would still be around $400 less a fortnight than the full-time minimum wage, so I don’t really buy that argument.

Not to mention there are still around nine jobseekers for every advertised position, and many more in some parts of the country. We also know that one in four people on the JobSeeker payment have a diagnosed disability. They shouldn’t be qualified as jobseekers at all, but the draconian tests for the Disability Support Pension mean they have been pushed onto a payment that was never intended for them, and forced to go through a job seeker system that is designed purely for private corporations to suck money out of the public sector.

Nobody I have spoken to about participating in jobactive sees any merit in what should be a public good being turned into a private cash cow. Our prime minister is fond of saying that the best form of welfare is a job. I don’t entirely disagree with him. But at the start of last year I was on the books for around 10 different casual roles. The majority of that work disappeared almost overnight and doesn’t look like returning anytime soon.

I’ve got a job – several in fact – but I’m not getting paid, and it’s the same for many young casual workers around the country who have effectively been laid off, especially in hospitality and retail. Like many young people I am also studying full time, and studying my dream degree part time in addition to that full time study load. Full time study should be seen as full time work.

Without skilled workers prepared for a post-COVID, post-coal future, Australia’s underdeveloped economy doesn’t stand a chance. We are told that we cannot afford to support our unemployed. I would argue we can ill afford not to. An economy that leaves millions of our own citizens destitute is not one I wish to preserve.

But a better future is within our grasp. By legislating to increase JobSeeker and associated payments to a liveable $80 a day our federal government could champion a bipartisan policy that will lift over a million adults and their children out of poverty. Pre-COVID one in every six Australian children was living in poverty. It is in the government’s power to make sure no child or young person has that experience.

We could eliminate childhood poverty; put tertiary education within the reach of everyone; make it safe, simple and easy for people to escape domestic violence; ensure people can afford the resources – housing, uniforms, transport, training – needed to join or re-engage in the workforce; and reduce the strain on public health services, especially mental health.

For me, a life without constant financial stress, lying awake worrying about how to make ends meet, whether I can afford to catch the bus to university, if I will be able to buy fresh food this week is still just a dream that the government is holding out of reach. But after eight years on income support I haven’t given up. 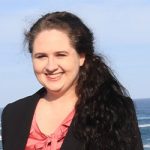 Cassandra Prigg is a student and worker living on stolen Gunditjmara land. She is passionate about social justice and realising the potential of young people and has contributed to the Raise the Rate campaign on a local, state and federal level.