12 April 2021 at 5:17 pm
Sophie Johnston
Australia urgently needs an overhaul of our income support system, writes Sophie Johnston, who sets out the three elements she believes are essential for a new model.

Australia urgently needs an overhaul of our income support system, writes Sophie Johnston, who sets out the three elements she believes are essential for a new model.

Navigating Australia’s income support system is like being asked to build a house with a spoon. The tool does not fit the task. Not by a long shot. Over the years, it’s become complex and inadequate. The inclination to litigation and persistent victim-blaming by political leaders is only compounded by the sounding of the death knell for JobKeeper, and the recent reduction in rate of JobSeeker.

Australia urgently needs an overhaul of our income support system. A system fit for purpose, fit for the times, that lifts up those who need it, and bolsters the economy.

Three essential ingredients are needed for any new income support model for Australia. These are key to ensuring Australians can access support when they need it, and that they aren’t forced to live below the poverty line when they are on it, especially young people, who are just at the start of their working lives.

Firstly, a new income support system must be easy to access. It must better reflect today’s increasingly precarious world of work. Young people make up more than half of all gig workers in the Australian economy, and when income support was introduced, the labour market was a very different place. Transitions from school to education or training, and finally to full-time work were much more linear. Insecure work, and the risk of losing work altogether with no notice, was an anomaly, not the norm. But today, job insecurity is a pervasive beast and is particularly seething at the early stages of working life, where young people generally have little-to-no savings in the bank and are much more vulnerable to exploitation. So, the process to access support must be straightforward and efficient.

Secondly, income support needs to be a genuine safety net. This might look like a guaranteed base income set at a genuinely liveable base rate. In 2016, ACOSS and the Social Policy Research Centre estimated that a single person on Newstart requires around $866 a fortnight to meet the basic costs of living – things like rent, food, bills and medical appointments. By 2021’s standards, indexing this level with CPI and wage rises would result in an increase to $965 a fortnight. This is significantly higher than the JobSeeker rate of just $620.80 per fortnight, which came back into effect at the start of this month.

The third essential ingredient of a new and improved income support system is that it needs to incentivise work. This means increasing the income test threshold to $437 per fortnight. For JobSeeker recipients, payments start to decrease at an income of a mere $106 a fortnight. Payments are being reduced before a recipient has even reached the estimated minimum needed to meet the basic costs of living. And yet the government continues to argue that it is income support that keeps people willingly out of work.

The reality is young people want to work. They want stable and secure employment. They need it if they are not to bear the brunt of the pandemic for the next decade or more. But if we continue with business as usual, young people will be the first generation worse off than their parents.

Last week, the National Youth Commission Australia (NYCA) released its Youth Income Guarantee Paper, which proposes one way of incorporating these essential ingredients into an improved version of income support for young people. Under their model, all young people aged 16 to 24 would be entitled to a guaranteed base income. The payments would merge the current Youth Allowance and JobSeeker payments into one, with a rate of pay at 85 per cent of the minimum cost for healthy living – $820 per fortnight plus an additional participation bonus of 30 per cent paid to young people who undertake additional approved activities for 25 hours per week.

Whatever the end result, Australia’s income support system should not be a slowly administered, hard-to-access poverty sentence. Rather, income support should be an aid that buoys people until doors to safe and secure work open. When our government has achieved this, they will have struck upon a recipe for success. 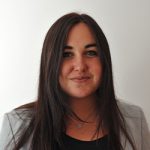 Sophie Johnston is a youth commissioner at the National Youth Commission Australia.